A Minute in West Virginia with Charles Wesley Godwin 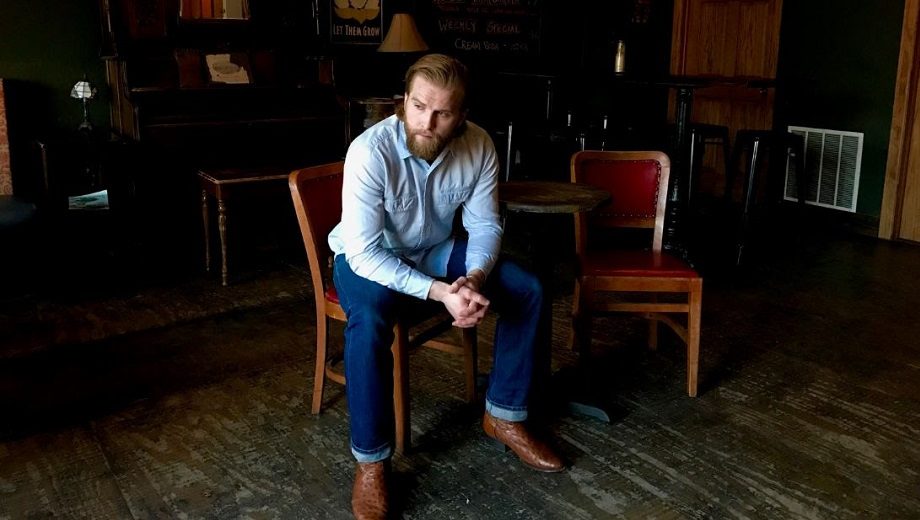 Welcome to “A Minute In …” — a BGS feature that turns musicians into hometown reporters. In our latest column, Charles Wesley Godwin takes us through West Virginia, a state that inspired much of the music on his notable new album, Seneca.

Mountaineer Home Football Game
There’s no place like Morgantown, West Virginia on a football Saturday. I once heard that Morgantown accounts for one percent of the nation’s beer sales on game day. I have no idea if that’s true, but I like it. Make sure you don the ol’ gold and blue, haggle with a ticket scalper, bring a case of beer and you’ll be sure to get invited to join a tailgate in the Blue Lot. Afterwards, go fill up at Black Bear Burritos and continue drinking your face off with dozens of WV craft beers. A wise man once said, “They shouldn’t have played the ol’ gold and blue!” – the late, great, coach Bill Stewart.

The Purple Fiddle
Tucked away in beautiful Thomas, West Virginia, The Purple Fiddle is putting on some of the best shows in the country almost every night of the week. If you want to experience a little piece of Appalachian heaven, go dance your boots off at a Purple Fiddle show. Then, be sure to take the weekend to enjoy Thomas & Davis, Blackwater Falls, Canaan Valley and Dolly Sods. The owner, John Bright, has his ear to the ground like no other. He was opening his doors to bands like The Avett Brothers, Greensky Bluegrass and countless others back when they were being passed over by comparable venues. The Fiddle has welcomed me ever since I got started, and I’m very grateful for that.

Fly-Fishing
There’s no better place to wet your fly line than West Virginia. Of course, I might be biased, but West Virginia’s got some of the most beautiful trout streams and rivers in the world. Go fishin’ on the North Fork of the South Branch, Elk, South Branch of the Potomac, Dryfork, Cheat, Greenbrier, Potomac, Shenandoah, New and countless other rivers. Find yourself a nice little tributary and you can catch native trout all the way up the holler. Hell, come see me and we’ll fish Seneca Creek.

Muriale’s Restaurant
One little-known fact outside of our borders is that West Virginia is home to a huge (by West Virginian standards) Italian population in north-central WV. Like a monument to their greatness, Muriale’s Restaurant stands in Fairmont right next to Interstate 79, calling all travelers to her great table. If Muriale’s could speak, I’d imagine she’d cry out her own version of Emma Lazarus’ “The New Colossus.” Something along these lines, “Give me your tired, your poor, your huddled masses yearning to try the meatball, the wretched refuse of your teeming states. Send these, the homeless, tempest-tost to me, I will feed them well!”

How are you spending your Labor Day? 💙☀️We'll just be here — at one of the most beautiful places on earth. #AlmostHeaven 📷: @wayofthedirt

Seneca Rocks
Standing high above the land where generations of my family have lived and died, and the Native Americans before them, the rocks remind us all of how long the forces of nature have been at play. I won’t begin to act like I know the ins and outs of how it was formed, but I’ll just take geologists’ word for it that it took hundreds of millions of years. You can hike right up to the top of this crag and I promise it’ll give you a hell of a view. One so nice in fact, that I asked my wife to marry me there.

Got to check a little something off the bucket list today. #mothmanfestival2018

A post shared by Greenbrier Valley Brewing Co. (@greenbriervalleybrewingco) on Jan 23, 2019 at 8:02am PST

Greenbrier Valley Brewing Co.
Just outside of Lewisburg, Greenbrier Valley Brewing Company is spitting out some of the best beer in the world. They’ve got something that’ll fit your taste no matter what kind of beer drinker you are. Bring your dog and enjoy a Devil Anse, Zona’s Revenge, Mothman or Wild Trail. While you’re at it, just take the whole week to enjoy Lewisburg, The Greenbrier, and all that is Almost Heaven. It’s gorgeous down that way.

Live on the Levee has wrapped its 2017 season! Stay tuned for April to hear the new lineup of music! 🎶 #AlmostHeaven

Live on the Levee
On the banks of the pristine waters (just kidding) of the Kanawha River, there’s a summer series of concerts in downtown Charleston every Friday night. For Live on the Levee, they bring in a bunch of killer national touring acts to put on a hell of a show for the good people. Thousands of West Virginians from high and higher come out to enjoy the music, the food trucks and spend a night on the town. Afterwards, if you didn’t get enough music to tickle your fancy at the Levee show, just cross the street to catch another show at The Boulevard Tavern.

Nothing like a pepperoni roll to end a long day 😋

Country Club Bakery
Pepperoni rolls are a staple of the Mountain State. They were originally created as a lunch food option for the coal miners. Guiseppe “Joseph” Argiro sold the very first one at Country Club Bakery in 1927. The comfort food of all comfort foods is at your fingertips in small bakeries and gas stations all around the state, but if you stop by Country Club to a pick up a fresh dozen, you’re in for a treat. I feel a deep sense of sadness every time I’m looking for a proper gas station snack out of state. I don’t know how y’all make it without roni rolls.

New River Gorge
The New River Gorge Bridge sits 876 feet above the ancient New River. While driving across it, it’s sure to freak out anyone scared of heights. There is an annual Bridge Day festival where adrenaline junkies from all around the world meet up and BASE jump off of it. For those of us who are not so extreme, myself included, you can whitewater raft down the New River guided by Ace Adventure. After you’re done on the river, you can grab a bite to eat at Secret Sandwich Society in Fayetteville, and catch a show at The Grove.

It was a gorgeous, bluebird day here in #almostheaven! We've received over a foot of snow in the last few days, and there's more on the way this weekend. Got your trip planned yet? #snowshoemtn #wvsnow #skitheeast 📸@kshat00

Snowshoe Mountain
Snowshoe is home to the best skiing on the east coast. Come November, the snow is already piling up and it doesn’t melt all the way until May. If skiing’s not your thing, you can take a snowmobile tour, ride the air tubes, enjoy the spa and catch a show in the winter village. If you miss the snow, don’t worry, you can still go mountain biking or enjoy some guided fly-fishing.