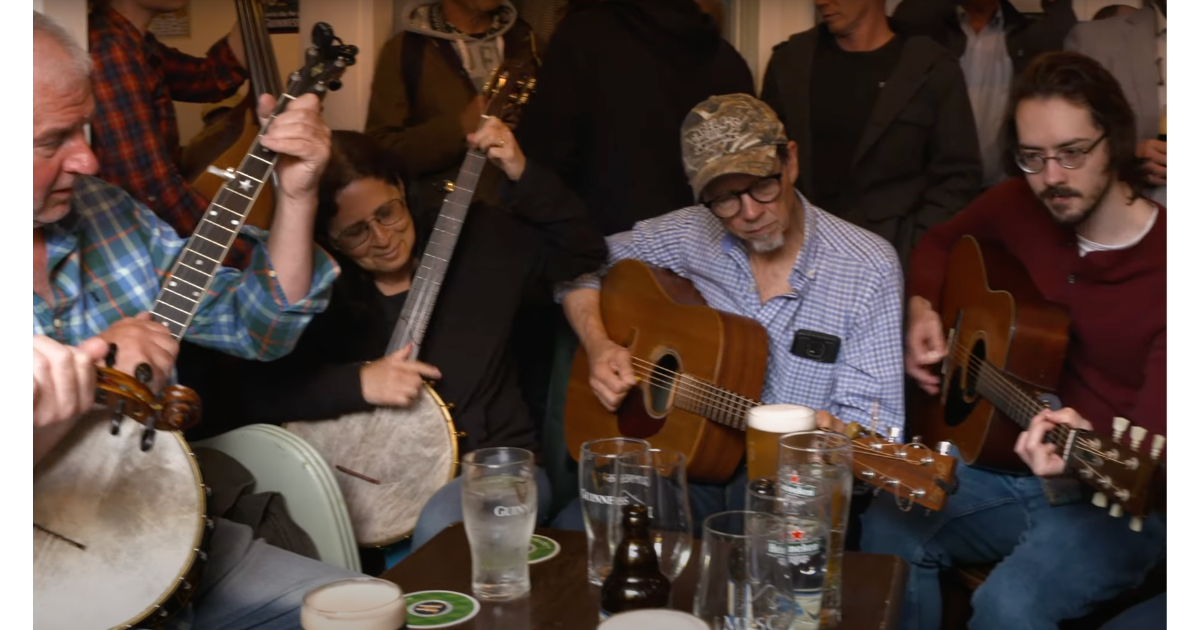 If you’re curious about how a small town in Ireland became a bluegrass destination, you’ll want to carve out 15 minutes to watch the Westport Bluegrass & Folk Festival documentary. It provides an interesting glimpse into how one man’s passion for bluegrass put this charming town in County Mayo on the map among fans of acoustic music. Throughout the short film, festival founder Uri Kohen traces the ascent of the annual event, which quickly sparked interest from other similar communities in Ireland. (Read more about Kohen in this BGS interview from 2019.)

His early goals were ambitious: To showcase Westport to the world, and to expose Westport to bluegrass. In other words, he was more interested in promoting bluegrass music beyond just the festival itself. Soon, the word about the newcomer started to trickle throughout the country, leading many to wonder, “When did Westport get involved with bluegrass?” When those Irish listeners came to the festival to check it out for themselves, they made it a point to return again and again. Now it’s one of the best-known and most-loved events in the country’s bluegrass circles, bringing together locals and tourists alike.

Blended in with Kohen’s stories, the documentary places the viewer inside the town’s authentic Irish pubs as amateur fiddlers, banjo players, guitarists, and singers gather together simply for the joy of bluegrass. As Kohen explains, he was playing small gigs around Westport in 2007 when he decided to create something inspired by The Last Waltz by The Band. “But I didn’t know what the music is,” he recalls. “And someone said, ‘It’s called bluegrass.’ I said, ‘I don’t know what it is, but let’s do it.’ And there it was. I created my own bluegrass festival.”