A Survivor of Her Dreams, Kelsey Waldon Returns With ‘No Regular Dog’ 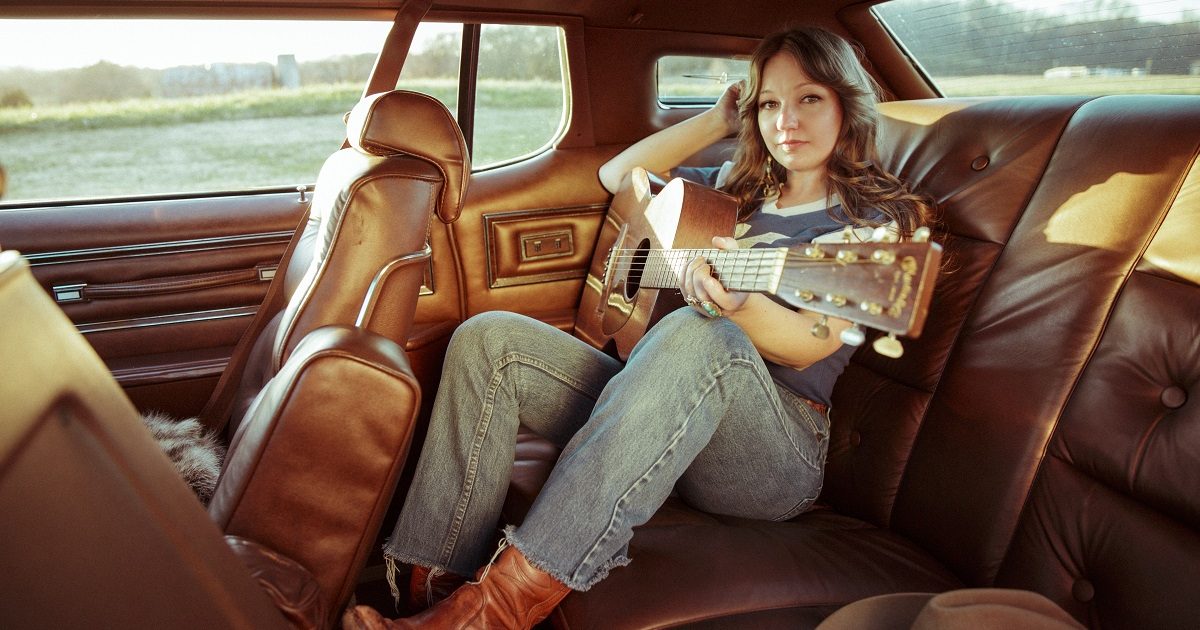 Kelsey Waldon has a new outlook on life — or at least life as a full-time musician. A native of Monkey’s Eyebrow, Kentucky, she’s charmed audiences all across the country at concert halls and festival stages. But she cut her teeth at plenty of dive bars and honky-tonks along the way, a fact that reveals itself not only in her charismatic, unmistakably country live shows, but also in the independent spirit that courses through her lyrics.

A strong songwriter with the voice and twang to match, Waldon’s musical prowess caught the attention of legendary songwriter John Prine, who signed her to his record label in 2019 — his first signing in a decade and a half — and released the widely acclaimed White Noise, White Lines later that year. This month, she will return with No Regular Dog, her fourth full-length album and her second via Prine’s Oh Boy Records. Brimming with twangy strings, thoughtful imagery, and a tenacious, determined lyrical undertone, the album holds all of Waldon’s usual musical hallmarks. But it also paints the picture of an artist who has grown since her last release; a snapshot of someone who’s stepped back, reconsidered her place in the musical ecosystem, and re-emerged more enthusiastic and clear-eyed than ever.

No Regular Dog was mixed by renowned engineer Trina Shoemaker (“I’m a huge fan,” says Waldon) and produced by Shooter Jennings, who took a highly collaborative approach to the role. “I think Shooter really sees himself much more as a facilitator,” says Waldon. “He felt his job was to stick with my vision but elevate it in any way possible. He really knows how to let the artist be themselves.”

A few days before the release of No Regular Dog, BGS caught up with Waldon about the studio dynamic that molded the album, the life experiences that inspired her, and the daily joys that keep her grounded.

BGS: In the title track, “No Regular Dog,” there’s this great phrase: “survivor of my dreams.” It’s a lyric that could be interpreted a lot of different ways. What did you intend when you wrote it?

Waldon: We wish for so many things. We want them. We work so hard for them. And then, sometimes, we get really lucky from all that hard work and it gets handed to us. At that point, I do think you have to survive it. I don’t mean that in a bad way! Obviously, I’m doing what I love and that’s something I realize is a privilege and a gift. But it comes with its own sacrifices. People always say “livin’ the dream,” and I always joke around and say I’m surviving the dream. [Laughs]

The song was written at a time when we’d been on the road for three months. I was on a plane somewhere, and my poor old manager, who’s one of my best friends now, said something like, “Well, we ain’t no regular dogs.” In my head, I was like, “Yeah. More like a wolf on the kill. We’re going to do this no matter what it takes.”

You work so hard to get to where you are, and then it’s kind of like, “Oh, shit. This is hard.” The road’s not for everybody. But I really wanted it. I wanted it for all the right reasons, and I still do. Especially after taking some distance from my career during the pandemic, I’m finally feeling ready to step into my role. The song is about the idea and the statement that I’m still here. I won’t be put down that easy. I won’t be put down like no regular dog.

You mentioned that some distance from your music career adjusted your perspective. What are some of the things that continue to fill your cup, bring you joy, in between touring or recording?

Well, I’ve always got a pretty lush garden growing. My tomatoes are popping off right now, and we just got a big old mess of greasy beans. I cooked them last night for dinner. Obviously, that’s always brought me joy. I also love this summer heat. I’m one of those people! I really do. I know people hate it, but I love it. I love the bugs at night and everything. That’s bringing me great joy, too. I got to go fishing a little bit, go on some good trips before I left for Europe. And my little cattle dog, Luna, she’s out here on the porch just laying here while I’m talking and that brings me a lot of joy. I love taking care of my chickens out here and being able to spend some time with my partner, Justin. I’ve got a new little niece named PJ, and she is the best. So, aunt life has brought me joy as well.

You recorded this in Los Angeles with Shooter Jennings. How did that come about?

I loved working with Shooter, and that was the first time I’d recorded in Los Angeles — I had done everything in Asheville or in Kentucky thus far. But as soon as I knew I was going to make a new record, I wanted to challenge myself to get out of my immediate bubble and work with someone I didn’t really have any history with. I felt in my gut that I really needed to do that.

Shooter and I met at a Tanya Tucker show in Kansas City at the end of 2019. I was really taken aback that he knew my music. I mean, he was telling me things ​about my songs and I was just kind of like, “OK, he’s actually listened. He’s actually a fan.” I had, of course, heard records he had done. Obviously, I was a big fan of Tanya’s record, and I’d heard that Jaime Wyatt record he had done and I thought it was great. It all felt so natural. We kept in touch. I sent him some voice memos and demos I had done here at the house. It was clear that we were both incredibly excited to make this record. I think he had always kind of wanted to make a deep country record. We both clearly had a common goal and we made it happen.

One of the songs on the record that really stands out to me is the closer, “Progress Again.” What inspired it?

That was one of the only songs on the record that I wrote a while back. I brought it to the studio for White Noise, but it just wasn’t ready yet. But I kept thinking about that song. During the pandemic, I opened up my journal and revisited the tune. I wrote new verses to it. It felt like I was in a different part of my life to finally have the experience I needed to finish it. I mean, everything is progress. I’ve done a lot in my life. I’ve messed up. I’ve had a huge healing time these past couple years — I’ve been off booze for almost two years. There’s a lot that you’re not really able to see when you’re in the thick of things. But being able to look back from a healthy distance, you might realize how many people you were hurting. That you were hurting yourself. “Progress Again” is a little bit about that, but it’s also about accepting that progress is a part of life and just moving on and not dwelling on things. So, you got to learn to let it go and love yourself a little bit.

You say in the song that “there’s hope in persistence.” Has that rung true for you, in your career or otherwise?

Yes, absolutely, in everything I’ve done in life. 100%. Not only in my career, but in my personal life and mental health. It takes a lot of work to turn bad habits into good habits. You have to be consistent, be persistent about it. It’s an everyday thing. But it gets easier, even though it’s still hard. At the end of the day, you’ve got to bet on yourself. You can’t let just one thing fuck it up for you. There’s hope in persistence because something could break through — you just can’t stop.

One of those breakthrough moments for you came a few years ago when you signed with John Prine’s Oh Boy label. You honor him on No Regular Dog with a song written in tribute, “Season’s Ending.” Why was that important to include here?

“Season’s Ending” was the first song that I wrote after John’s death. I couldn’t really do anything for months after that happened. There was so much other death as well. There was a lot of loss; I think it was hard times for a lot of people. I was pretty stricken with grief for a good few months, and I know I’m not the only one. But I finally sat down and that song poured out of me. It was a nod to his song “Summer’s End.” But the seasons were changing and the flowers were blooming and I just started thinking about how everything is cyclical. The song is about coping. Accepting death as a part of life. Maybe everything that dies doesn’t really die. Maybe it comes back. Flowers don’t bloom all year. Some things go dormant, and then they come back. The song was just a way for me to process that. Death is a part of life. John is forever a part of my story, and I’m a part of his legacy as well.

What do you hope this album’s legacy will be—for old fans and new ones?

We’re in really hard times right now, and I hope this album can be a gift to people. I feel like I’m coming to my career with whole new eyes: I’ve been thinking a lot about what I’ve been able to do, what I can do further, and what kind of energy I want to bring. Mostly, I just hope this album makes people’s lives better. I hope they can see the no regular dog in themselves, and I hope it can bring something good to the world.