10 Old Sweet Songs That Keep Ray Charles on Our Mind 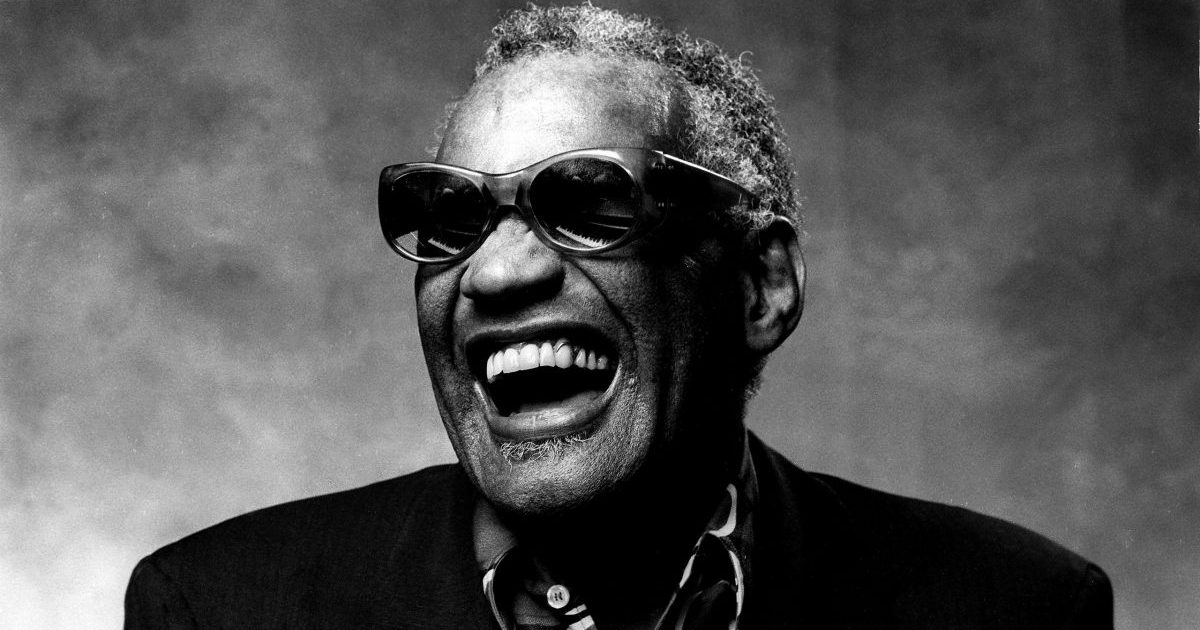 The musical and cultural impact of Ray Charles is extraordinary and spans the pantheon of American popular music. He was an outstanding multi-instrumentalist (though best known for piano and alto sax), vocalist, bandleader, songwriter and composer in the non-lyrical sense. His innovations include helping craft and popularize the secularization of gospel music, now otherwise known as soul, and bringing new attention and expanded audiences to country music, which was the earliest idiom he loved and played before blues, jazz, R&B, or soul.

Though his earliest material was heavily influenced by Charles Brown and Nat “King” Cole, Charles (full name Ray Charles Robinson) quickly developed a highly stylized, immediately recognizable singing and playing approach. He became an expressive, evocative vocalist, one of the finest interpretative singers of all time, and a skilled improviser as an instrumentalist, able to deliver intense and memorable melodic statements or energetic solos while heading either small combos or large bands.

Charles is remembered as a trailblazer on the music business side as well, signing a contract in the early ’60s that gave him creative control over his sessions, something that allowed him to record in genres that many felt Black artists should avoid. The extensive list of Ray Charles’ achievements include 18 Grammy Awards, the Kennedy Center Honors, the National Medal of Arts and the Polar Music Prize, as well as a Lifetime Grammy Achievement Award and 10 recordings inducted into the Grammy Hall of Fame. Among the 2021 inductees into the Country Music Hall of Fame, Ray Charles is finally earning his place in the Veterans Era category.

The Ray Charles Foundation released the new box set, True Genius – The Ultimate Ray Charles Collection (Tangerine), in September, roughly two weeks before what would be Charles’ 91st birthday. The six-disc, 90-song collection is unquestionably the most comprehensive sampler available of his music from 1960 until his passing in 2004. It combines vintage, familiar hits with many previously unissued gems, most notably a 1972 Stockholm concert that’s not available other than through purchase of the set. There’s also a wonderful coffee table book with rare photos and comprehensive liner notes from Ray Charles Foundation President Valerie Ervin and music journalist A. Scott Galloway. A special message from Quincy Jones concludes what’s obviously an essential collection for any serious music fan.

Here are our 10 choices for selections from the set, although if we chose these tomorrow we might easily pick another 10. Ironically, none are Charles compositions, though that wasn’t the intention, and we could certainly go back through and do a separate listing of Charles’ pieces. However I would argue none of those, even some that I’ve loved my entire life, top these 10 renditions of other songwriters’ works.

“Georgia On My Mind”

The official anthem of the Peach State, it was co-written by Stuart Gorrell and Hoagy Carmichael, and was Charles’ first post-Atlantic hit for ABC-Paramount in 1960. It also marked his first collaboration with Sid Feller, who not only produced and arranged, but conducted the recording. Besides being a huge hit, it earned Charles plenty of recognition outside R&B and soul circles while garnering four Grammy Awards.

Percy Mayfield had many immortal R&B hits, but not that many folks are aware he wrote “Hit The Road Jack.” Mayfield even sent it to Art Rupe as an a cappella demo, but Charles transformed it in much the same way Aretha Franklin did Otis Redding’s “Respect.” The song is spiced by the interaction of and exchanges with Margie Hendrix, and it soared to the top of the Billboard pop and R&B charts in 1961, though it had more staying power on the R&B side. It topped that chart for five weeks, and ultimately won a Grammy for Best Rhythm and Blues Recording.

“I Can’t Stop Loving You”

Don Gibson’s original recording from 1957 is tremendous, but Charles’ 1962 rendition introduced a host of listeners who weren’t regular country fans to the song’s lyrical and musical potency, It was also the tune that turned Modern Sounds in Country and Western Music into a powerhouse anthem. The song remained atop the Billboard pop charts for five weeks. When John Belushi did a straight-up masterful imitation of Charles’ singing that tune on Saturday Night Live years later, it cemented how much it resonated in the lives of ’60s music fans.

While Eddy Arnold did a wonderful version of Cindy Walker’s “You Don’t Know Me” in 1955, Charles enjoyed another huge crossover hit off the Modern Sounds LP in 1962. That one didn’t make it to the top as it peaked at No. 2. It also didn’t enjoy as much acclaim or praise, but it’s every bit as magnificent in terms of performance.

Harlan Howard saw his 1962 gem become a hit in two different, yet related styles. Johnny Cash had a country hit, then Ray Charles did a fabulous soul version that earned him the 1963 Grammy Award for Best Rhythm and Blues Recording. Interestingly, the Cash and Charles versions vocally aren’t that far apart, though the arrangements and overall performances reflect the different production approaches.

Buck Owens’ original was the B-side of his bigger single, “I’ve Got a Tiger by the Tail,” in 1964. The Ray Charles version two years later proved a much bigger hit, though not a pop chart smash in the manner of some past Charles country covers. It did earn a pair of Grammy awards, plus enjoyed Top 10 pop and R&B success. It was even a number one hit on, of all things, the Easy Listening chart. Charles would later join Barbra Streisand in a duet rendition on a 1973 TV special that wasn’t quite as memorable as the ’66 single.

This song was recorded first by the Coasters in 1965, and later by Ronnie Milsap as the B-side to the single “Never Had It So Good” that same year. But the Charles version, powered by his dynamic lead vocals, soared to number one in 1966. The song actually had an ironic feel for Charles, who recorded it shortly after getting out of rehab, where he kicked a 16-year heroin addiction. This was among the earliest hits for the famed husband/wife songwriting and performing duo Nickolas Ashford and Valerie Simpson, joined on it by Josephine Armstead.

“Living for the City”

The very first album a young, fledgling artist named Stevie Wonder recorded was A Tribute to Uncle Ray in 1962. Some 13 years later, Charles would repay the honor with this glittering cover of Wonder’s valiant hit from the Innervisions album. Charles would eventually win another Grammy for his rendition, though this wasn’t as big a hit on the contemporary R&B side.

This tune co-written by Troy Seals and Eddie Setser proved a big duet hit for Charles and longtime friend and chess partner Willie Nelson. The song featured Charles doing the first verse, first and second choruses, with Nelson singing the second verse and joining Charles on the outro. Interestingly, this became the biggest country hit Charles ever enjoyed in terms of chart position, as it spent one week at number one and remained on the charts for 12 weeks. It was initially released on Charles’ 1984 LP Friendship, and then again on Nelson’s 1985 compilation release, Half Nelson.

“I Can See Clearly Now”

This is famous more for when it was performed than the fact it was one of the few reggae tunes Ray Charles ever covered. The Johnny Nash original was the first reggae song to top the American charts in 1972, but Charles gave it new fame when he performed it as the musical guest on Saturday Night Live in 1977.