After Nearly Dying, John Anderson Adds ‘Years’ to His Life 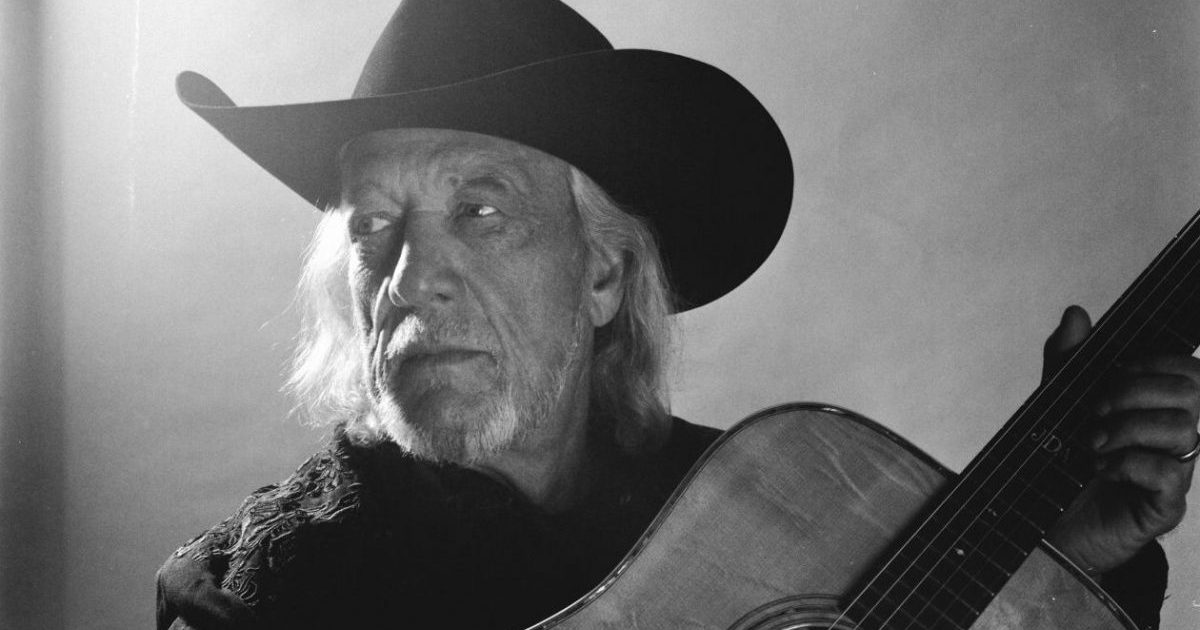 Over the past few years, country crooner John Anderson’s inimitable voice escaped him after suffering health issues and brushes with death. Through the creation of his new album, Years, he found it again.

In the album’s opening song, he opines, “There were people placing bets that I’d be dead and gone/But I’m still hanging on.” Although he does not disclose details, he does concede that the illness affected his hearing and, in his words, “I had nearly died a couple of times.” Listening through the album produced by Dan Auerbach and David Ferguson, it is clear that now Anderson is doing more than just hanging on; he’s creatively thriving. He tells BGS what it was like getting back in the studio, how he’s spending his time amidst the pandemic, and his feelings about making music these days.

BGS: Tell me a little bit about how Dan Auerbach came into your life.

Anderson: Actually we were introduced through a mutual friend by the name of Jeremy Tepper. He does a lot of work for Sirius/XM Radio. We’ve been friends a long time and he called me one morning and said, “I was with this guy the other day and we were talking about you and I would really like you to get together.” I said, “Well sure, I’m really not doing much these days.”

He asked if he could give Dan my number and I said, “By all means, give it to him!” The next day or so I got a call from Dan and we ended up setting up a meeting to get together and talk. Originally mainly just to talk about writing some songs together. At the time he was busy producing some other acts. I thought they might need some material and I thought I might help them write some.

What was your writing process like for this record? I’ve read you had some surprise co-creators on this one. What was that like?

We did. It was great. Looking back, I have to thank Dan and Dave Ferguson (aka Fergie). They were both involved in setting up the writing appointments. As it turned out, I got to write not only with some heroes, but some great old friends. It was really a joy. Writing these songs was a real pleasure for me. And it was at a time when I really needed to do some writing and get some music out of me. I’d been sick for a couple of years and hadn’t been able to do much writing or performing. At this point, I was recovering and really wanting to get back into my music.

This was all really good for me as far as writing the songs. We wrote for a couple of days, then the recording part came up. I remember saying, “Boys, I don’t know. That’d be great, but I’m really not sure I can do it.” I think it was Fergie who said, “We think you can.” I looked at him real serious and said, “Really?” And they both nodded. There wasn’t a lot said. It was a pretty solemn time there. I remember saying, “Well, if I do it, I’m going to treat it like it is the last one I’ll ever do.” Just because I was in that frame of mind at the time, mostly due to physical health reasons.

What was the moment like when you stepped up to the mic for the first time?

For me, singing is really something I’ve, thank the Lord, never really had to think about it, when it is time to step up to the mic. I do spend a lot of time thinking about singing, mind you. Most of my life I’ve walked around humming a tune. And maybe humming it a different little way. But when it is time to go into the studio or when I step up to the mic, I’m kind of on autopilot. I’m mainly trying to deliver the song, whatever the song is.

That certainly comes across in your singing.

Well, thank you. I want it to be real, in every kind of way. I’ve been a real stickler for that through my career. Sometimes you pay a price for that and sometimes it doesn’t turn out as good as you thought. On the other hand, when it is all over you can be proud of doing your own thing.

When you had those songs together, what was the recording process like? Did you cut them all at once or piecemeal?

We went in like three or four days one week and then we took a little break. I don’t even think we took a week break. We cut Monday through Thursday it seems and then took the weekend off and showed back up Monday. We had about 20 songs to choose from that we’d written over the previous months. I’ll always recall that as a really good time in my life. It really helped me to heal up. Even to the point today, I almost forget I was ever sick.

It’s a blessing, is was it is. It took a lot of praying to get it. And now I am, and have been, well enough long enough that now the music is back on autopilot. I just do it all the time.

There’s a heaviness on this record as it deals so pointedly with mortality. On the flip side, it explores the simple pleasures in life and these elements really balance the record. Can you tell us some of the simple pleasures you are finding in life in these strange times?

I kind of found them a bit earlier through the songs and doing this record in a time when yeah, I had nearly died a couple of times. So, mortality is certainly in some of these songs, as far as my influence on them. Now there again, I can’t take the credit for any single song on the record because we had a lot of great help writing them. But my influence is a lot about mortality and the part in the songs about being thankful. That was kind of where I was at the time.

And you know what? As far as the situation right now and playing shows. … That’s been probably the biggest part of my life ever outside of my family has been going and playing the music to the fans. That’s pretty much all I have dealt with for the last fifteen years. As I’ve not been actively in the recording business, my live shows are what mean the most to me. It is a little bit difficult not knowing if or when or how we’ll be playing again to crowds. That’s been on my mind.

On the other hand, I feel very blessed to still feel healthy and have a great outlook. I’m still trying to write and sing most every day and doing a lot of gardening work and doing a lot of fishing. Fishing and gardening is what I’ve been doing and trying to play with my grandchildren. You have to save up energy to go do that.

How did the collaboration with Blake Shelton come about?

Blake is an old friend. I was a fan of Blake’s when I first heard him and then come to find out, he’s told people I was one of his biggest inspirations. At the time, when we were recording this record, low and behold we got a call from Blake’s people asking if we’d be interested in going on tour with him. For me, I did have to cancel tours previously on account of my hearing was nearly gone at the time. I didn’t have a working band. I hadn’t been on the road in a while.

I told them I didn’t have all that together and they said it was just for a few songs a night and his band will back you up. I said, “Really? That’d be a real treat. That’s like chocolate cake.” So it did work out and about the time the tour worked out we were finishing some of the tracks on this record and I said, “I’d love it if Blake could come in and sing with me on this.” We asked him and he was very gracious and did. Not only that, he invited me on the tour the next year also. Blake Shelton is a true hero of mine at this point. The tour was called Heroes and Friends and he’ll always be one of my heroes.

Do you ever revisit your old records? With all you’ve been through, do you view those songs in a different light?

Oh, I do. And I have been lately. That’s part of what I’ve been doing in this solitary time. What’s really been going through my mind lately are some of the songs that I thought were just as good as anything that I had ever written but really nobody got to hear them. Maybe I have twenty of them. I’ve been thinking about going in. It’s strange that you’d mention old stuff, and I’m talking about even from the time I was a teenager. Just things that I might go in and work on. Mainly just to pull it together and have that piece of work together, those songs. I’m thinking about that lately.