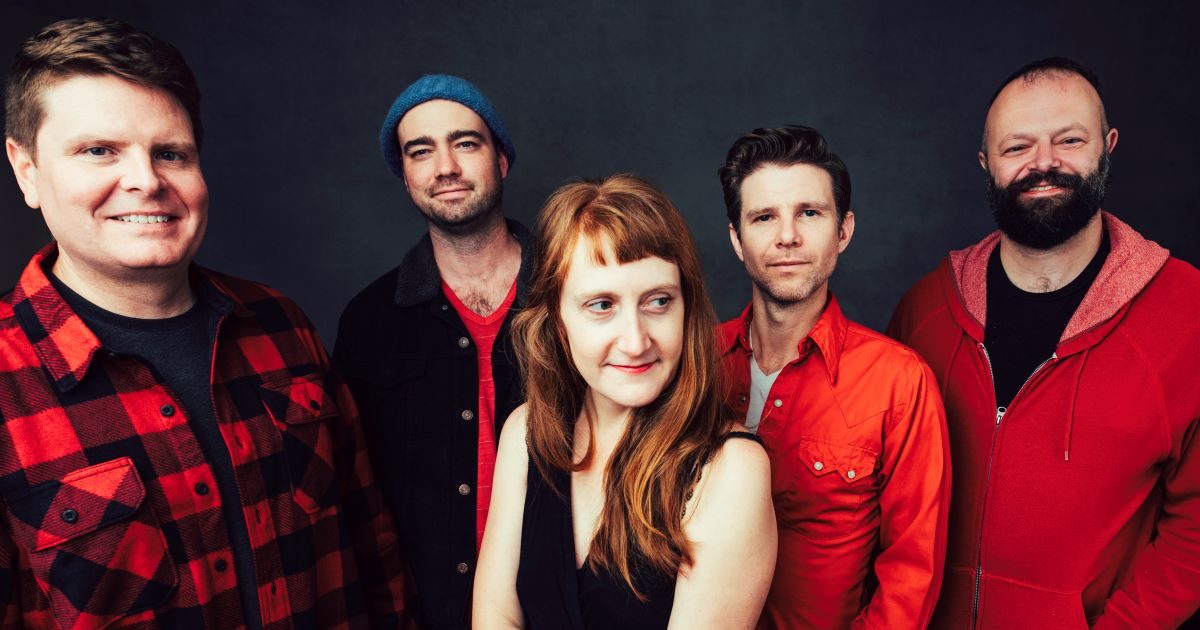 On a clear, blue, late-winter afternoon outside of Black Mountain, North Carolina, Amanda Anne Platt was sitting alone on the deck of a coffee shop. Across the state road were dormant railroad tracks and beyond them the Blue Ridge Mountains, too close to see the blue ridge they cut across the sky. Workers were on the roof sawing and nailing shingles. Platt put away her book, pushed aside her long-finished coffee mug, and smiled against the sun.

For someone who sings so many sad songs, Platt is pretty easygoing. Granted, it’s not news that singing sad songs makes people feel better, and there are enough on her new album to give a singer a whole new lease on life. Then again, Platt barely remembers the album is new. The process this time, she notes, “has been so gradual that it doesn’t even feel like it was a mountain to climb, or that there’s any big release. It was a very gentle roll that gathered some momentum and happened.”

The resulting project, The Devil and the Deep Blue Sea, features songs that Platt and her band, the Honeycutters, released two per month over the past year, gradually amassing enough to satisfy a vision of a double album that she’d had for a while. “I had, a long time ago, decided I wanted to make an album called The Devil and the Deep Blue Sea,” she says. “I had the concept of one half being more upbeat, full-band treatment, and the other half being quiet, introspective, more solo-type stuff.”

Though the “Deep Blue Sea” portion of the album is not entirely solo, the concept plays nicely together. It is thick on Platt’s unrestrained vocals, intimate melodies, and truth-centered storytelling. The album ruminates on the concept of home in a way that stretches beyond the stuck-at-home-and-made-an-album themes coming from so many songwriters in the Covid era. Part of that is due to the way the recording process evolved.

As organic and quarantine-influenced as the recording process was, its themes—loss, family, home, the relationship Platt, as the band’s songwriter, has with all these things—were borne out of a period preceding the pandemic, when a few major life events took place one after another.

“A lot of these songs,” she explains, “were written right when my parents were selling the house that I grew up in, and there was a lot of change and upheaval going on in my life at that point. That was right before the pandemic and right before I had my daughter. There were a few years there where it felt like nothing was sure. Everything I ever thought of as home was like—never mind, that’s gone. [Also] everything I thought I knew about myself, because you know becoming a mother is such a mind-blowing experience. And then the pandemic happens, and now everybody feels that way regardless of how their last few years have been.”

Platt and her husband relocated from Asheville to Black Mountain around that time, making a conscious move away from the town that had been home since she arrived in Western North Carolina in 2004.

Originally from New York, Platt moved South to pursue her music because she had grown up listening to the country music her parents always played. They had both lived for a time in Austin, Texas, and had a soft spot for Southern artists like Lucinda Williams and Jimmie Dale Gilmore. Thus, when she gained traction playing shows around the Asheville area, she was shy about publicizing her upbringing in the Northeast, lest anyone write her off as a country-singing poser.

“I felt like being a Yankee was sort of a handicap,” she admits, “and really, those first couple years and on our first album—I listen to that first album and I sound like I’m trying very hard to sound like a country singer. Whereas I feel like over time I’ve become more comfortable with who I am.”

Indeed, over the course of seven full-length albums, Platt’s voice has become more sure-footed. She may say that’s because she’s no longer trying to hide her Yankee origins, but there’s more to it than just that. Her songwriting has become stronger and there’s more authority in the instrumental breaks as well. Part of this is what happens when a singer gets used to the sound of her own voice on tape, when a band has clocked as many miles together—both literally and figuratively—as have the Honeycutters. But whatever it is that has swirled together, The Devil and the Deep Blue Sea carries with it some of Platt’s finest work yet.

One of its strongest tracks is titled, simply, “New York.” It’s heavy on sentiment and beautifully captures the conflicting emotions of saying goodbye to her childhood house for the last time.

My whole world grew up from this house
Now we’re turning all the lights out
And I’m standing in the doorway with one eye on the street
Afraid I’ll take the floorboards with me if I move my feet.

To hear Platt tell it, there is something meaningful to the fact that her parents sold her childhood home around the same time she moved to Black Mountain and became a parent herself, leaning into building a new home that will become such a space for her daughter. Hard times ultimately lead to growth, after all, and Platt is at a place in her life where she welcomes the evolution—both personally and musically.

“For a long time,” she says, “I was more reliant on my band. I’m still reliant on them in the way that I love playing with them and I love what they bring to the table, and I always feel stronger when I have them behind me. But over the years I’ve gotten more able to hold my own. I think it makes me more able to sing over them and be in front of them when I’m with them. Part of that was [shifting] to using my own name several years ago. And then just being more comfortable by myself now, too. I used to feel very sheepish playing solo shows and now I don’t mind them.”