An Apocalyptic Mood: A Conversation with Parker Millsap 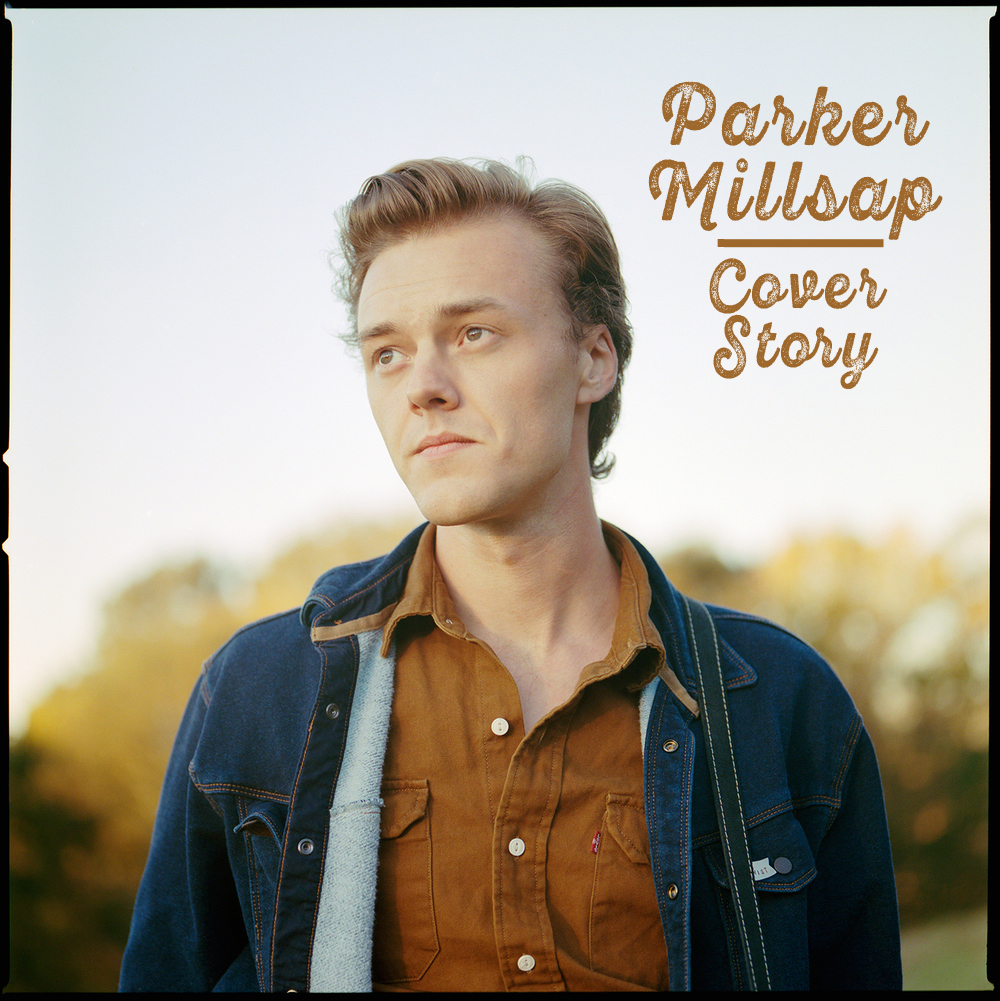 When Americana fans met Parker Millsap, he was barely out of high school. He may have been wailing about truckers and God with a fiddle and a formidable backbeat, but the Pentecostal-raised Millsap’s raspy, Isbell-esque vocals on breakout single “Truckstop Gospel” delivered the familiar tropes with a particular wit. That wit, his rich voice, and the performances it yielded were enough to garner a nod for Millsap at the Americana Music Awards in 2014, and his remarkable strength as a poet and writer — coupled with his relatively young career — made his sophomore LP all the more hotly anticipated.

The album itself, entitled The Very Last Day and slated for release on March 25, continues Millsap’s evolution as a storyteller. Tracks like “Heaven Sent,” which narrates a young gay man bargaining with a religious father, or “Hands Up,” a ballad about a convenience store robbery, bring Millsap’s gift for character development to the forefront. One need only glance at the liner notes to know that his words are put to fine use, from the involvement of producer Gary Paczosa — known for his work with Alison Krauss and John Prine — to vocal contributions from contemporaries like Sarah Jarosz.

So tell me about you growing up – when did you start getting into music?

Well, I grew up singing at church — you know, starting at age four or something like that — and when I was about nine, I started playing guitar. When I was about 13 or 14, I started playing in bands, just around my hometown. Right about then is when I started getting into songwriting because I wanted to have original material to play with the various bands I was in. Also, during high school, I had an English teacher who really got me into words, got me into writing, like a creative writing class. That all happened at about the same time.

I like that. Are you still much of a reader?

Absolutely. Kurt Vonnegut, Tom Robbins, Jon Steinbeck: Those are three of my favorites. They’re all kind of different writers, but they’re all creative in a funny way. Steinbeck’s really subtle, which I like — in a funny and a not-funny way. I think Kurt Vonnegut’s funny in a morbid and kind of existential way. Tom Robbins is kind of crazy.

What about writing this record, specifically?

I wrote these songs over a period of about two years. We were touring a whole lot, leading up to making the record. They just kind of accumulated. I went through a bunch of different phases while writing this record, from Arcade Fire to Roy Orbison to Motown — kind of all over the place, as far as what I was listening to. At the same time, I was watching The Walking Dead and reading a bunch of post-apocalyptic books: Stand by Stephen King, Cormac McCarthy’s The Road. I was kind of in an apocalyptic mood for a minute.

That’s interesting. You definitely have a storytelling angle to your songs.

I grew up listening to a lot of singer/songwriters who did that — who used storytelling as a way to write songs — so it wasn’t very foreign to me. At the same time, I like to read. I love fiction, so I was familiar with the concept that the author isn’t the character in the story. It makes for more options [Laughs] … at least when it comes to songwriting.

Your instrumentation changed up a bit on this album.

Tell me about what that brings to the record for you.

I’ve played electric guitar for about as long as I’ve played acoustic guitar. I just, when I got into songwriting, I started playing acoustic guitar more because that was what all the singer/songwriters that I listened to did. So it didn’t feel unnatural at all. It came down to serving the songs — I had these songs, and we just dressed them up how they needed to be dressed up. 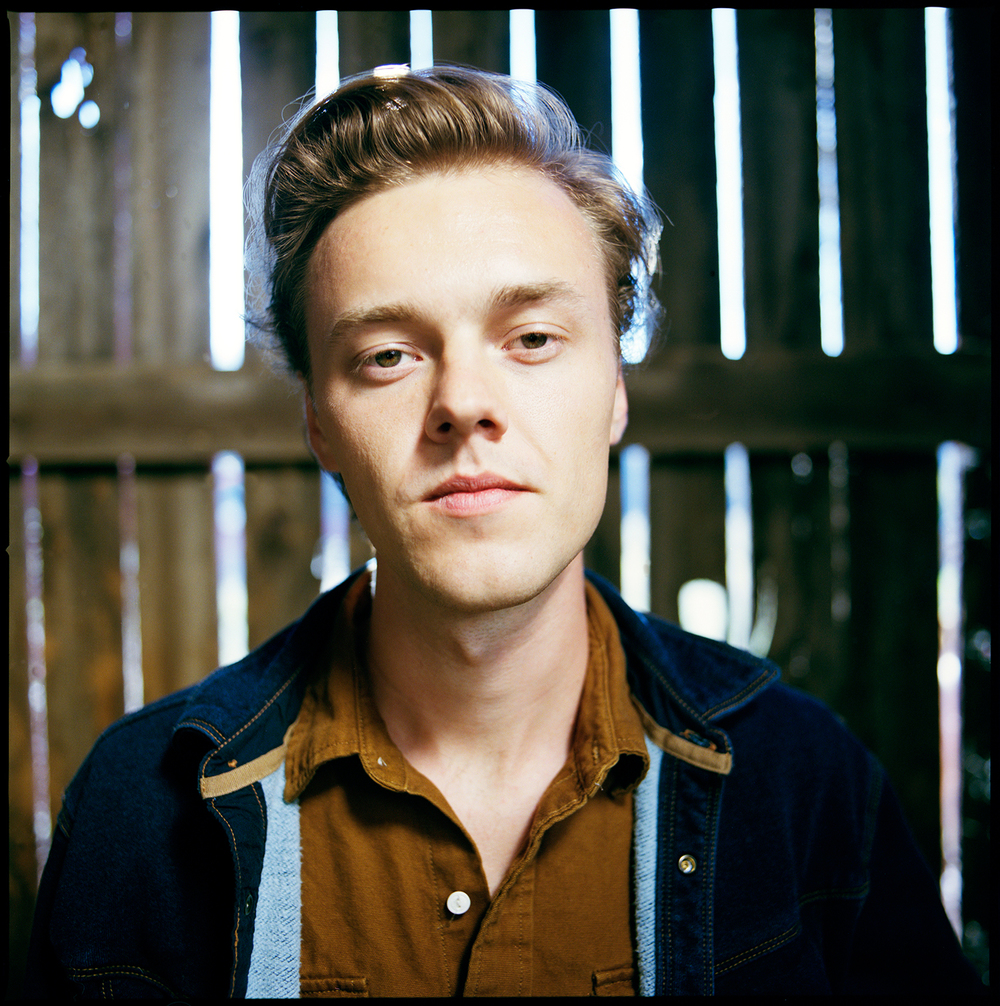 Y’all lived at the studio, right — not just figuratively?

Yeah, for like two weeks. The whole time we were recording, we lived upstairs — above the recording studio. So we just got to go hang out and be a band and record for a week. Gary is kind of an audio wizard on top of being a great producer because he’s very relaxed — he’s not trying to force anything. It makes a big difference.

What makes a song stand out to you?

If it seems sincere … if it’s got mojo … that’s what I listen for.

I really like the new Alabama Shakes record. It’s kind of … I don’t know … it’s a creative record. It doesn’t sound like they’re trying to do anything other than what they do, and I really like that — I appreciate that. It sounds authentic. It’s got mojo.

[Laughs] That, it does. So you said you started out in church, and you see religious references in your songs. Is that intentional? Do you feel like that informs your work?

It just offers a perspective, really. It’s just a perspective I grew up in. It’s easy, when I’m writing a story or a song, to go there. Those references come naturally to me, I think, is all it is.

I didn’t realize growing up that not that many people were raised the way that I was. It was a pretty normal life. I didn’t live in a super strictly religious household — we watched TV, we listened to secular music. I wasn’t that isolated or anything. I did get to see really spirited live music three times a week, people really playing. In church, nobody’s really performing for anybody else — you’re just doing it. There’s a certain thing about that you can only get in that situation.

What about coming from Oklahoma and that music scene?

The music scene in Oklahoma is kind of small, but it’s a pretty dedicated group of people that go see shows and go play shows. Mike [Rose, his bassist] and I, how we kind of turned that into making money, is that we played this place every Tuesday for two years. Before that, we went to this thing called the Tuesday Night Music Club on Tuesday nights. It’s just Cushing, Oklahoma, so it’s just a songwriting circle in this lady’s house, but John Fulbright would show up or other Oklahoma songwriters, and we’d just play music in the living room on Tuesdays. So that’s how I got hooked up with the Oklahoma scene — I got to meet a lot of older songwriters who had been doing it for a while. 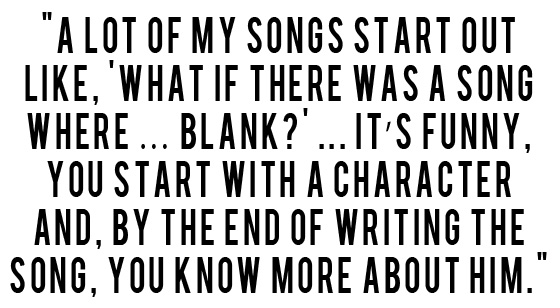 But you recently moved to Nashville, right?

That’s the truth. You have some people who sang with you on the record — Sarah Jarosz, Sara Watkins, Aoife O’Donovan — that’s some pretty lovely company. How did those collaborations happen?

We got in touch with the girls because Gary said, "Hey, this could be some great harmony." I said, "Hell yeah." And he said, "I know some girls." So he got them all over and it worked. It was super-easy — they were all super-easy to work with. Great voices. It’s always fun to bring other people in to work on a song, because you get someone from the outside and they come at it from a different angle. It’s something different that’s usually better than going at it alone.

One of the songs that struck me on the record was “Hands Up.”

On a related note, I’ve seen you talk about nursery rhymes and Bible stories and the varying perspectives in them — the fact that the story you’re taught isn’t necessarily the whole story. Do you ever include that same duality in your songs on purpose?