An Otherworldly Landscape: A Conversation with Gregory Alan Isakov 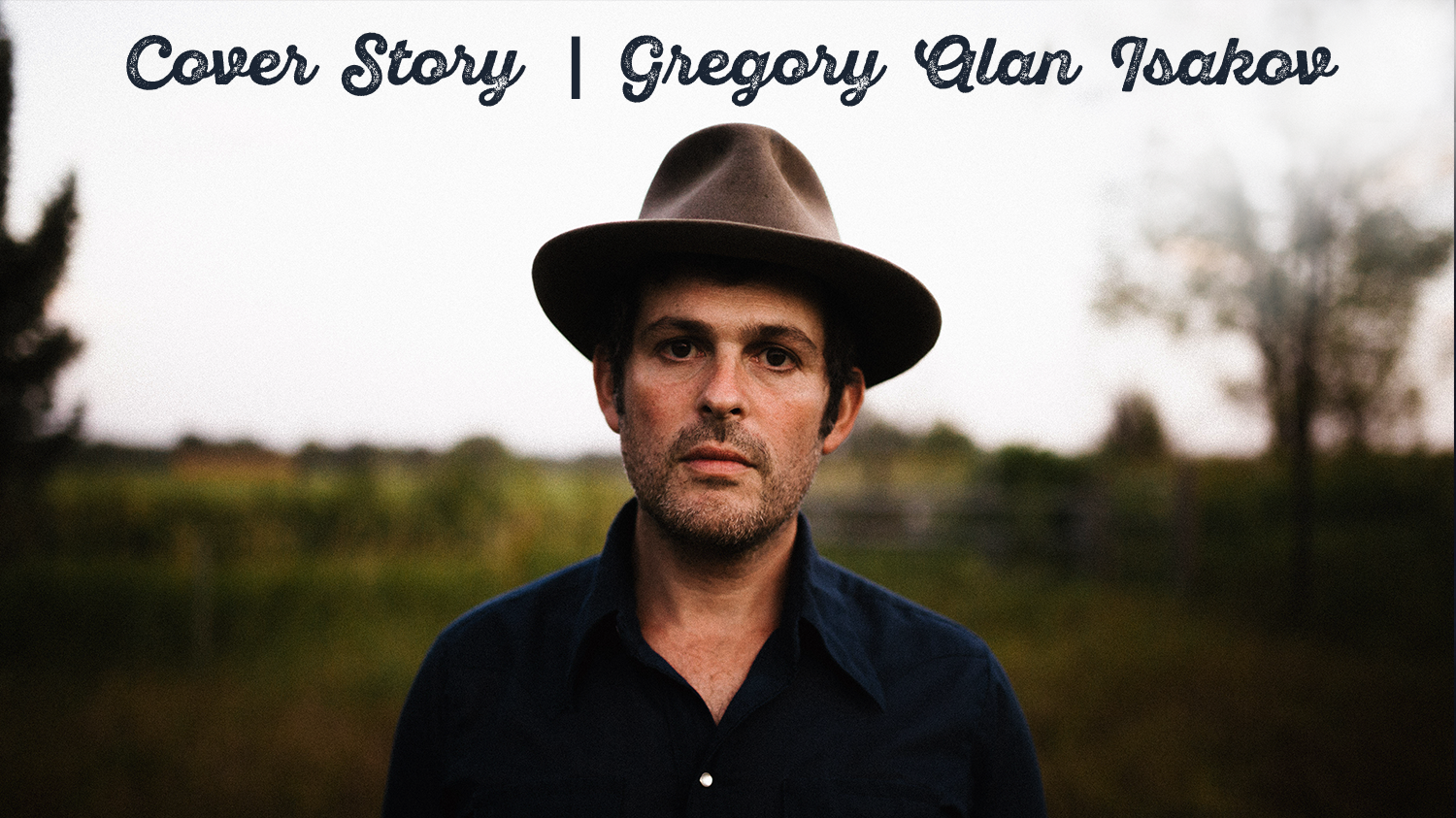 You could call it an epiphany of sorts. Gregory Alan Isakov was riding an elevator with the rest of his band when the doors slid open and a woman got in. She noticed their instruments and asked the question musicians dread. “What kind of music do you play?”

Isakov chuckles. “I never know what to say to that question, you know? So I said, ‘Oh, like, sad songs about space.’” It was, the band immediately agreed, as perfect a genre definition as Isakov could have given.

The singer-songwriter’s new album, Evening Machines, is undeniably dark and cosmic. Atmospheric, opaque, and layered with texture, its electronically accented folk-rock is a departure from the spare, intimate sound Isakov has favoured in the past. And while he is perfectly upbeat today, looking out from his kitchen window onto his four acres of Colorado fields and handful of sheep, he admits that his latest music came from “a pretty dark birth.”

On the face of it, Isakov’s life was going great. But even as he had just fulfilled one of his most fantastic career goals – orchestrating his work for the Colorado Symphony – he was beginning to suffer from a debilitating physical anxiety. “When you’re touring, and trying to figure out how to put out records, you forget about peace and quiet for long periods,” says Isakov, who admits to being a natural introvert. “You’re just hustling all the time. I did that for so long I forgot how to unplug. And it caught up to me in a way I’ve never experienced before.”

And then, on the plane home from Scotland after a six-month tour of Europe, he heard the news that Donald Trump had won the presidential election. “I’ve never had a sense of overwhelming darkness and anxiety like I had that year. You can’t ignore it on an emotional level, whether you read the news or not. And it does make it into the landscape of music or anything that you’re doing. You’re going to feel that stuff. It’s part of being alive.” 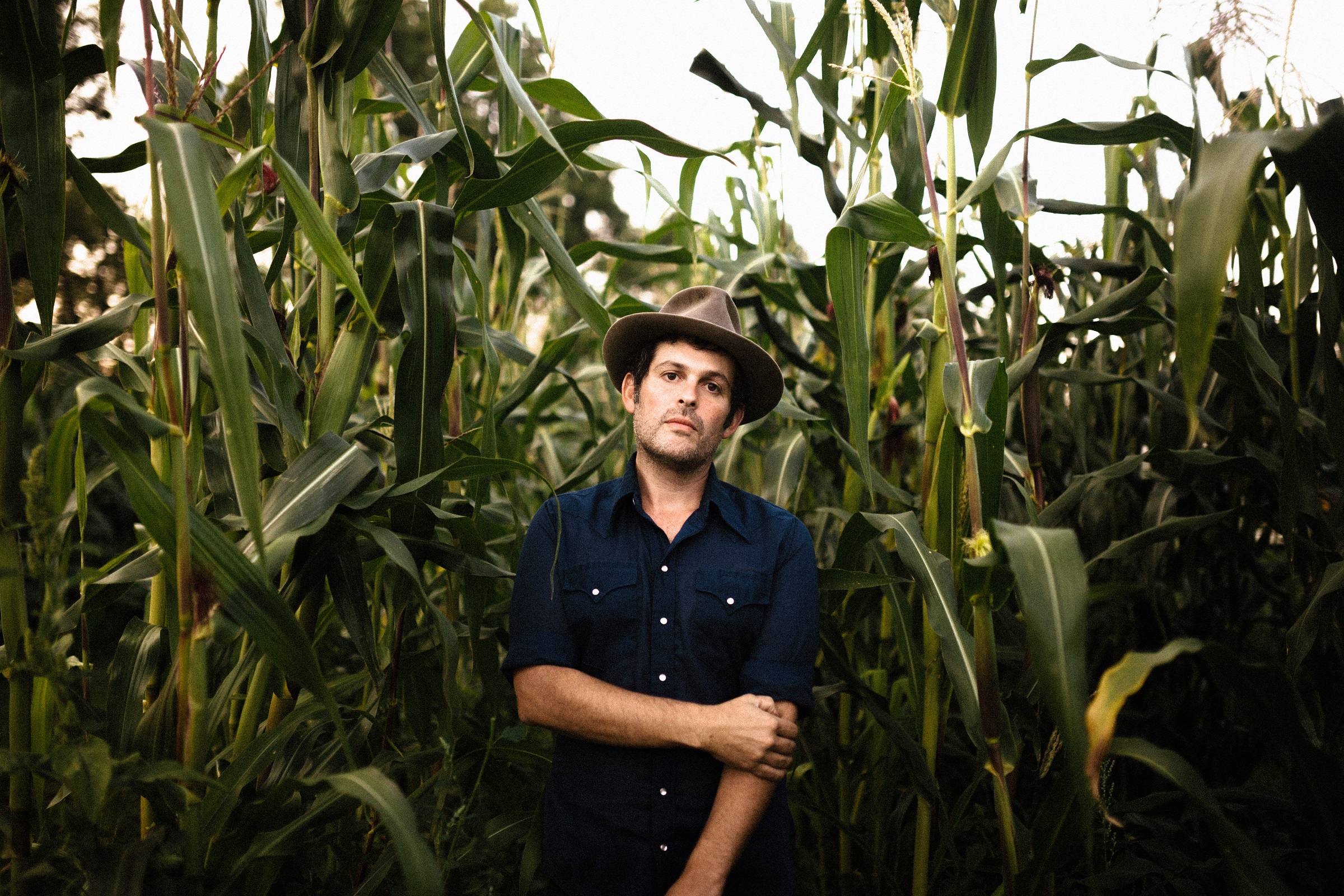 Songwriting was a focus and a release; it was also, he says, a reminder that he was someone who needs space and quiet built in his life. Hence the sheep. Isakov took 12 months off from touring and immersed himself in the life of the land he has been working for some years now, supplying vegetables to restaurants and markets. When Isakov was not in his recording “barn” with engineer Andrew Berlin, he was out in the fields, planting salad greens, turnips, and cucumbers, feeding and watering his 10 sheep. “They’re great, they have good vibes when you want to chill,” he smiles. “They’re so easy to look after.”

While the songs on the album draw from what Isakov calls an “otherworldly landscape,” the farm itself is a very real character in his recording process. Apart from the live symphony recording, every album he has released has been made in his own home – “because I really don’t like studios,” he laughs. “I don’t like the glass, I don’t like going into another room to listen, I like to have the words to the songs up everywhere, and all the stations ready to go.”

For Isakov, the key factor is speed: the ability to capture, as quickly as possible, the emotions and sensations he is exploring. Evening Machines, it turns out, is full of first takes. “To maintain whatever feeling you’re having is really important. In the moment you say, ‘This is just an idea, but later I’ll do this good,’ you know? And then I’ll come back to it and something’s different and I can never get back that initial emotive, ineffable something.”

So Isakov developed his own mantra – “sketch to keep” – and created a working space nimble and nearby enough that he could to capture inspiration whenever it struck. The ‘evening machines’ of the title are actually the blinking lights of his electronic equipment, which he visited mostly at night. By the time he came to create the record, he had more than 40 tracks to choose from.

The songs that made the final cut – the ones that felt, to Isakov, to “live together” – share a common, haunting feel. Images return in numerous songs, stars and weightlessness, gunpowder and bullet holes, while the sounds of the machines – a Juno synth from the ‘80s, a compressed drum kit, an Orcoa pump organ that sounds like a toy – provide an unnerving and ethereal backdrop. It is a sound far heavier and, dare one say, dirtier than Isakov’s previous albums. And yet the lyrics remain fraught with the fragility of human essence.

Some, like “Powder,” read off the page like poems – “were we the hammer/were we the powder/were we the cold evening air” – which pleases Isakov to hear. “That’s the goal!” he laughs. “Powder” in particular was inspired by one of Isakov’s favourite poets, Billy Collins. “I bring his poems out with me on the road because I tend to slow down whenever I read them.” And if meaning can feel mysterious in Isakov’s songwriting, it’s not only obscured to the listener: Isakov says he often doesn’t know what his songs are about until after he’s written them.

Take “Berth,” which he wrote with his brother Ilan – a film score composer and “one of my all-time favourite songwriters.” The pair often spend the summers together, engaged in all-night-co-writes. “We start after dinner, and this time I had a melody in my back pocket, that crooked piano part, and I went to one end of the building and he went to the other and we wrote as many verses as we could and then met back up, and mixed them together. The original song was 17 minutes long!” It was only when they edited it down to its final version that they realised what they’d written. “And then we were like: I think this is an immigrant song. We didn’t see that coming.”

Isakov was born in South Africa at the heart of the apartheid era – “a pretty rough situation” – and his family emigrated to the U.S. when he was a young child. For the first couple of years, he lived in a one-bedroom apartment with his parents, his granny, and his two brothers. “A lot of friends I made growing up were immigrants and I really connected to their families a lot. They had a different vibe to the American kids I knew.

“Even now – in no way is our country somewhere that feels safe all the time, or going in a good direction at all – but, man, we are lucky to be in a place where we can have a sense of freedom and be able to work and create whatever we want. That doesn’t exist hardly anywhere and it’s a nice perspective to have.”

His upbringing also created a close bond with his brothers, who would play instruments together in the basement: “I was always excited to get back home from school to play with them. That was the fun part of my day.” Not that music has made any of them any less introverted, Isakov admits. “When we’re hanging out, we don’t even talk,” he laughs. “One of us will ask, ‘Who’s he dating now?’ and the others will be like, ‘I don’t know, we don’t talk about that.’”

But then, Isakov is happy to live with uncertainty. It’s a principle that’s central to his creativity. “I’ll read an interview with another artist saying ‘I wanted to write a song about this or that,’ but that’s never happened to me,” he says. “I never set out to write a song about anything.

“I feel like I’m sort of holding on, not even driving. You just hope you can get it all. Sometimes you do, and when you do it’s the greatest feeling, you’ve struck gold or something. But there’s plenty of times I don’t get it. My trash can’s pretty big.” It makes him reluctant, he says, even to take credit for his songs – and even more so to imbue them with too much narrative. For instance, “Was I Just Another One” can sound to the unknowing ear like a simple love-gone-wrong story. “To me that song’s about a relationship with someone on heroin but it never says that. And it’s not interesting what I think it’s about.”

His fascination with roots – from jazz and blues standards to the old-time clawhammer banjo he learned to give him a break from guitar – has not left him. “Some of the traditional songs that are so relevant today, stuff like Mississippi John Hurt, you can listen to it and they could have been written right now.” And now that his own dark period is, happily, over – “I’m so lucky to be on the other side of that” – the lighter tracks he recorded over the past year will be repurposed into a new, more country-influenced collection. If this record has taught him anything, however, it’s never to assume. “Songs have minds of their own,” he laughs. “And I’m just following them along!”