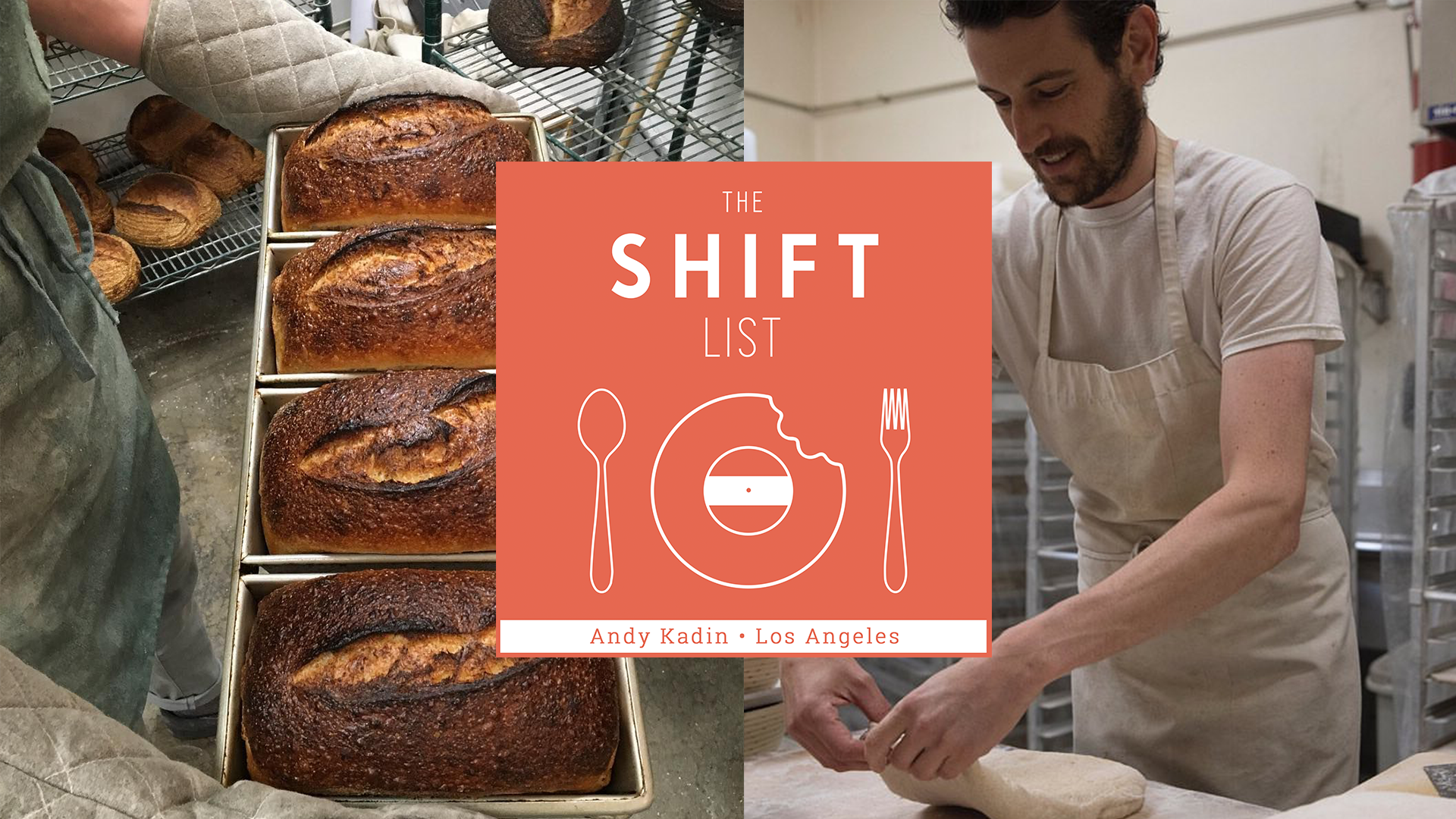 Baking bread is a 24-hour affair, so mellow Kraut rock in the early-morning helps to get the day started. Listen to Andy Kadin’s Shift List for the music that fills his bakery throughout the day, providing bread for some of LA’s best restaurants.

Andy Kadin is the founder, owner, and head baker at Bub and Grandma’s, a wholesale bakery that provides loaves to some of L.A.’s best restaurants, including Osteria Mozza, Petit Trois, Kismet, and Sqirl.

After 10 years of writing for TV and advertising in Los Angeles, Kadin decided it was time for a career change.

Being from New Jersey, he always had a deep love for sandwiches — so much so that his nickname became ‘Lunch’ at a previous job…so while dreaming of someday opening a sandwich shop in LA, he decided that he first needed to learn how to bake bread.

He eventuatly commited himself to baking loaves every day in his home kitchen, giving them away to friends, and one such loaf got into the hands of Scott Zwiezen of Dune, home to some of LA’s best falafel and other Mediterranean bites. Zwiezen was so impressed that he convinced Kadin to supply Dune with their daily ciabatta, essentially turned his home kitchen into a commercial kitchen for the six months that would follow (something he would not recommend doing ever again, by the way).

Now baking in a warehouse east of downtown LA with 12 bakers by his side, Kadin and his team produce more than 600 loaves a day, making Bub and Grandma’s one of the best premium small batch wholesale bakeries in the city.