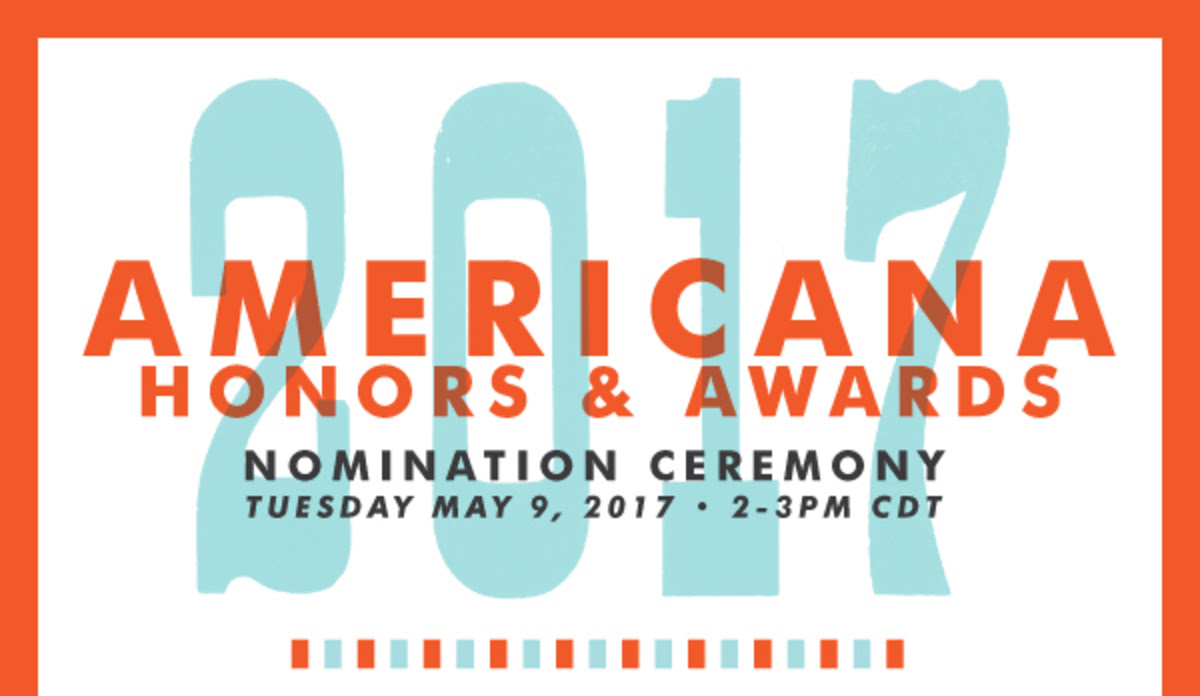 Today, the nominees for the 16th annual Americana Music Association‘s Honors & Awards show were announced during an event at the Country Music Hall of Fame and Museum hosted by the Milk Carton Kids and featuring performances by Jason Isbell, Jerry Douglas, Patterson Hood and Mike Cooley of the Drive-By Truckers, and Caitlin Canty. The winners will be announced during the Americana Honors & Awards show on September 13, 2017 at the Ryman Auditorium in Nashville, Tennessee.