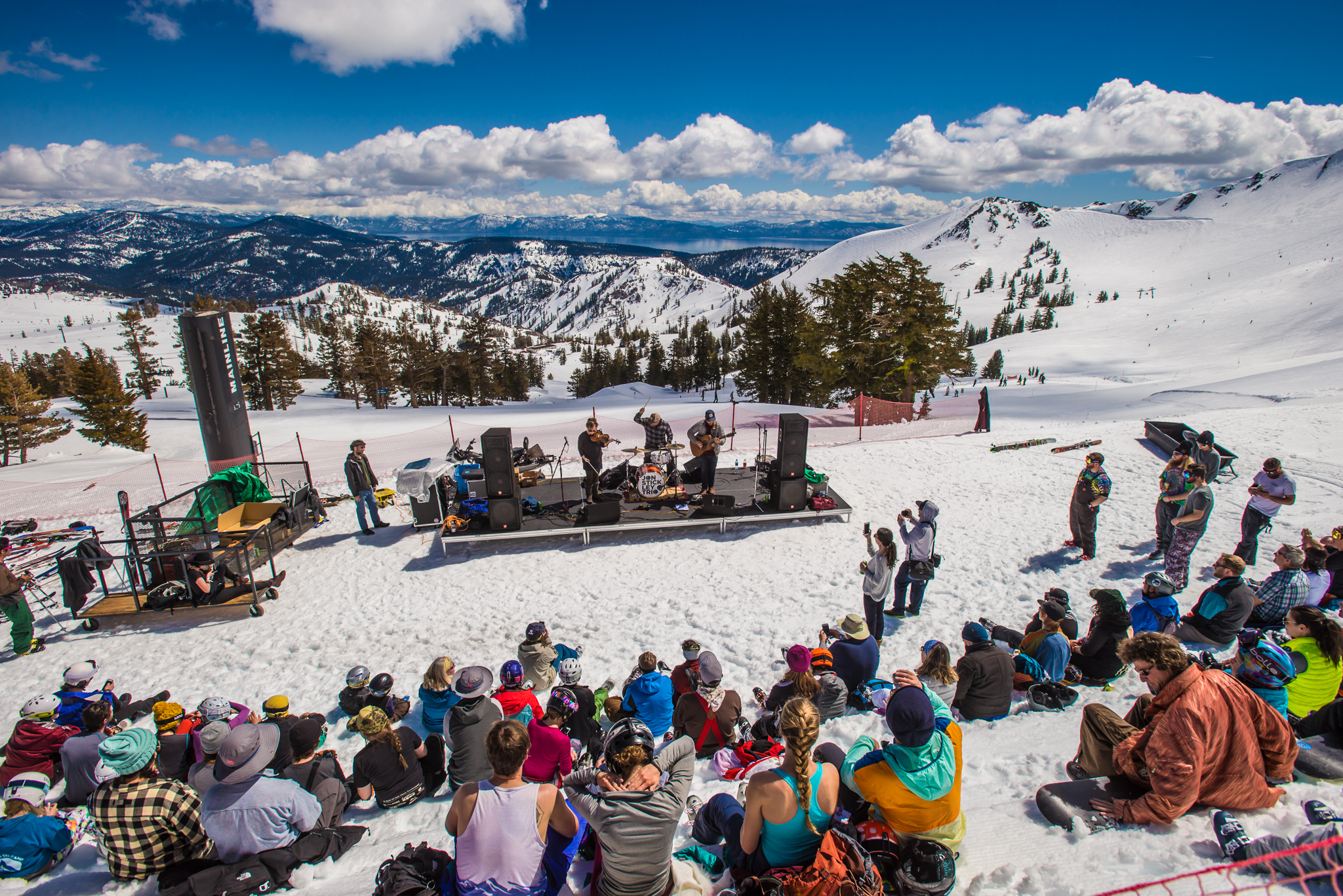 WinterWonderGrass 2020 is mere weeks away (Steamboat Springs fast approaches!) and BGS is excited to announce the schedule for WWG’s Vermont edition, the final iteration of the event in 2020, taking place April 10 & 11 at Stratton Resort in Manchester, VT. The placement of this year’s festival coincides with the end of the ski and snowboard season at the resort, and WWG plans to bring one heck of party to the mountain’s base to close out the year. Psychedelic folk-grass band Cabinet is also set to make their first post-hiatus performance over the weekend. 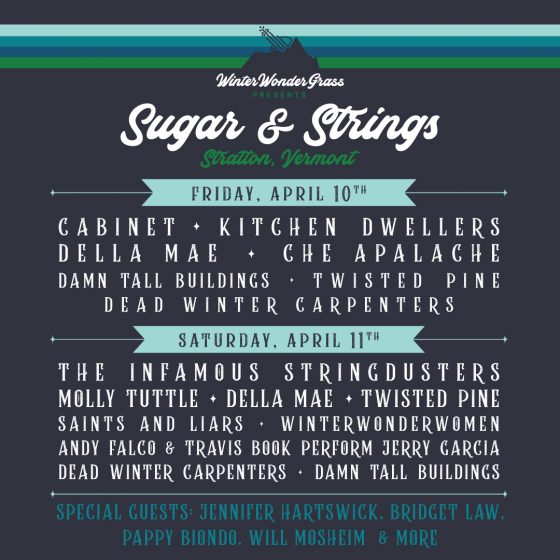 “WinterWonderGrass continues to honor the pillars of bluegrass while creating space for the evolution of the genre to flourish. I feel this lineup speaks to that ethos,” remarks festival founder, Scotty Stoughton, via press release. “I’m super excited to see first-time bands like Twisted Pine take our stage and welcome back local favorites, Saints & Liars. I’m humbled Cabinet is coming out of hiatus to perform at WinterWonderGrass and it’s always a pleasure to watch The Infamous Stringdusters and Della Mae take the stage.”

Gates open at 1:45 PM each day during the two-day music festival, with music beginning at 2:00 PM. Pickin’ Perch and the Main Stage will see alternating sets for two days of nonstop music.

Tickets for California and Vermont are on sale now, but moving fast! Very limited single-day tickets remain for Friday and Sunday at the Colorado stop, which is otherwise completely sold out. VIP tickets to the California are also sold out, but fans are encouraged to check out the official fan-to-fan ticketing exchange powered by Lyte if they’re in search of tickets as more of the dates and tiers sell out.

See the daily schedules below: 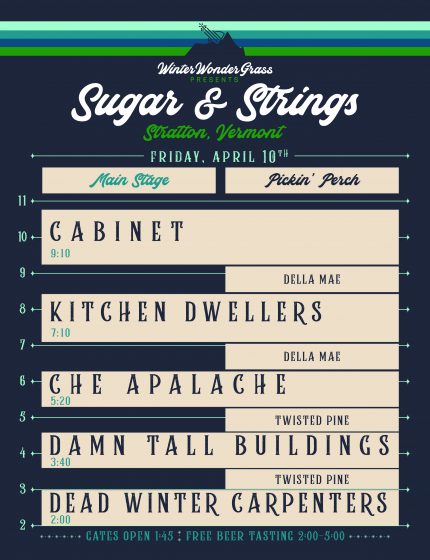 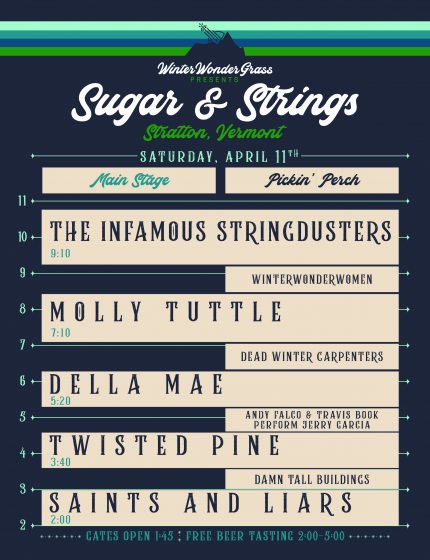