Artist of the Month: Béla Fleck 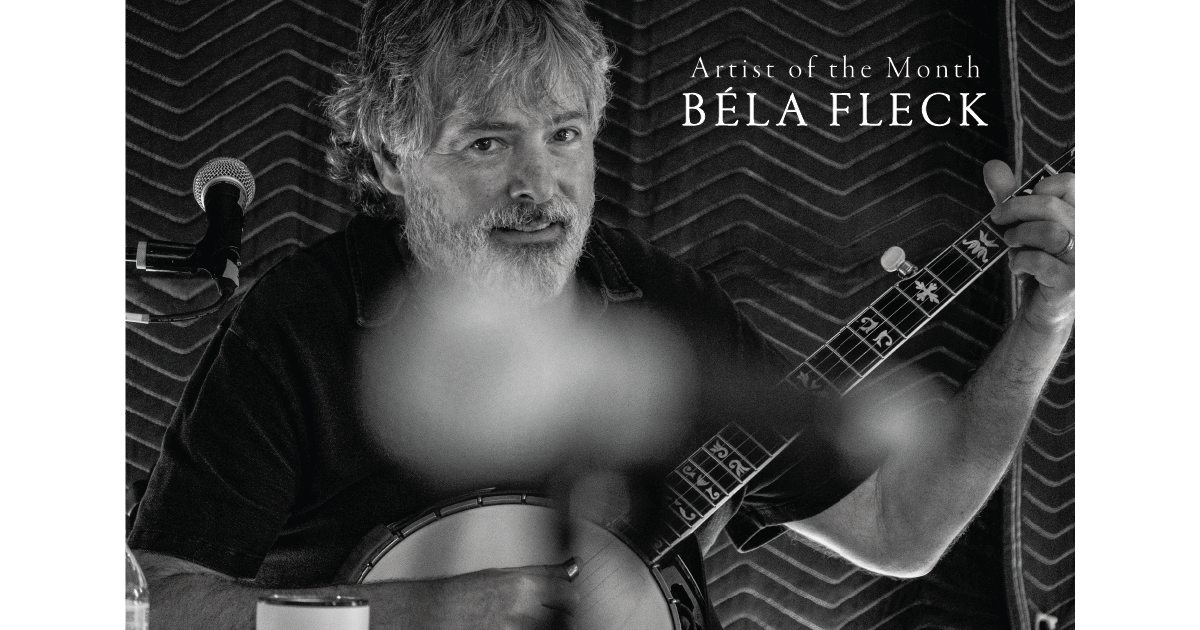 Banjo maestro Béla Fleck has always followed his muse, jamming with collaborators and crisscrossing continents for decades now. His newest album leads him back to familiar terrain, as My Bluegrass Heart is his first bluegrass record in 20 years. “They nearly always come back,” says Fleck, who composed and produced the album (set for a September 10 release). “All the people that leave bluegrass. I had a strong feeling that I’d be coming back as well.”

The reunion encompasses some of his closest comrades, too, like Sam Bush, Stuart Duncan, Mark Schatz, and Jerry Douglas. As a nod to the newest generation of acoustic all-stars, the project also includes guests such as Chris Thile, Molly Tuttle, Sierra Hull, Billy Strings, and Billy Contreras. Longtime allies like David Grisman, Edgar Meyer, and Tony Trischka get in on the action too.

Speaking from his own bluegrass heart, Billy Strings says, “In my opinion, Béla Fleck is one of the most important musicians of all time. He bridges the gap between bluegrass, classical, jazz, world music, and everything in between. It seems like there’s no limit to what he can achieve on the banjo.”

But as with any project involving Béla Fleck, there’s bound to be some exploration. “This is not a straight bluegrass album, but it’s written for a bluegrass band,” he explains. “I like taking that instrumentation, and seeing what I can do with it — how I can stretch it, what I can take from what I’ve learned from other kinds of music, and what can apply for this combination of musicians, the very particularly ‘bluegrass’ idea of how music works, and what can be accomplished that might be unexpected, but still has deep connections to the origins.”

This month, Fleck will be touring in support of the album with Michael Cleveland, Sierra Hull, Justin Moses, Mark Schatz, and Bryan Sutton, concluding with a festival spot during IBMA World of Bluegrass on October 1. He’ll resume roadwork in late November and December joined by Sam Bush, Jerry Douglas, Stuart Duncan, Edgar Meyer, and Bryan Sutton. And it’s not too early to circle the calendar for January 7, 2022, when he’s headlining the Ryman alongside nearly every musician who makes an appearance on My Bluegrass Heart.

In the meantime, read our two-part Artist of the Month interview feature here and here — and enjoy our BGS Essentials playlist spanning his remarkable career.