Artist of the Month: The Infamous Stringdusters 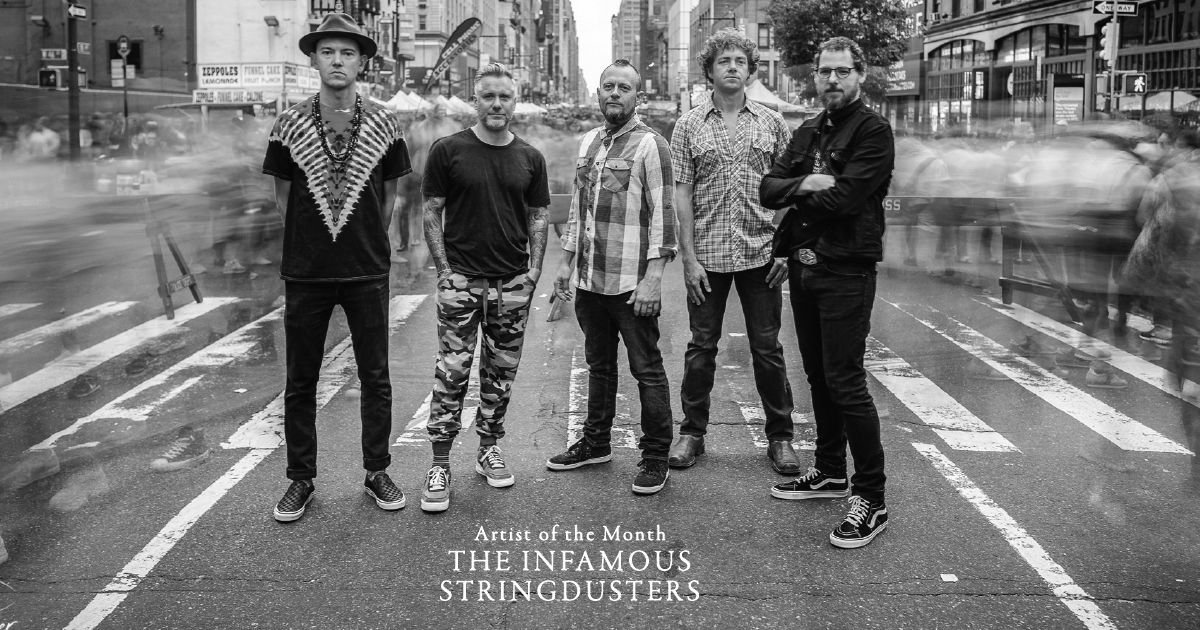 The Infamous Stringdusters continue their career ascent with Toward the Fray, a new album that comes on the heels of a Grammy nomination for a Bill Monroe tribute EP and hosting duties at the IBMA Bluegrass Music Awards. Their first new album in three years, Toward the Fray captures the live energy of the band, though all five guys put an emphasis on the lyrics, too. Upon announcing the project, band member Andy Hall stated, “Sometimes the times call for some serious reflection, and these songs really hit home. Get ready to go deep with us!”

As the Bluegrass Situation’s Artist of the Month for March, the ‘Dusters paired off for upcoming interviews, with longtime sound engineer Drew Becker joining the fray. Look for the award-winning band in Colorado later this month before the ensemble travels the West Coast. Then it’s back to Colorado for a stop at Red Rocks Amphitheater just before Memorial Day — another reason to look forward to summer.

Although the world has seen its share of upheaval over the last few years, which is certainly reflected in Toward the Fray, the band lineup has remained consistent: Travis Book on bass, Andy Falco on guitar, Jeremy Garrett on fiddle, Andy Hall on Dobro, and Chris Pandolfi on banjo (and he’s also the only member who doesn’t take a lead vocal). The band released the album on their own label, Americana Vibes.

In our 2019 interview, Book stated, “Our band can be challenging to listen to because it’s not one-dimensional. You’ve got four guys that sing, and every song sounds a little different, and certainly the way I approach every song is as though it’s its own universe. The people who are into our band, they’re ready to go wherever. If you’re into one singer or one style, you’re not going to get very much of that when you come to our show.”

That’s still the case with Toward the Fray, as the band members shuffle the songwriting credits among them, including the exceptional instrumentals. It’s a project that should easily sustain the band throughout the festival season. Keep an eye out for our BGS Artist of the Month interviews in the coming weeks, and meanwhile, enjoy our Essentials playlist.