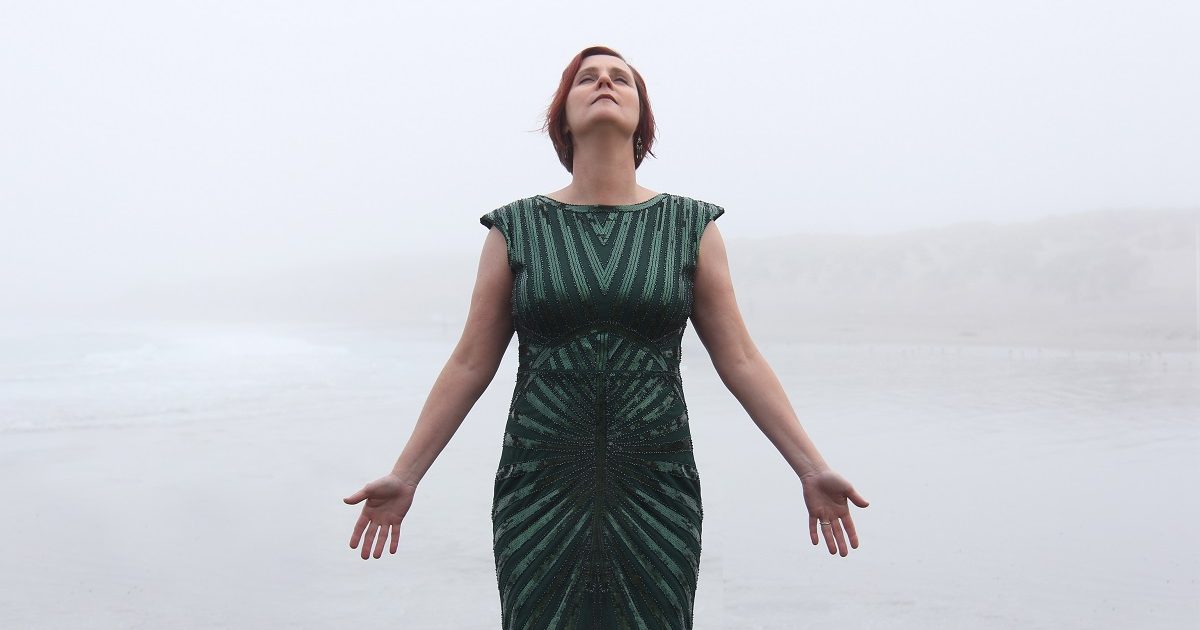 Artist: Natalie D-Napoleon
Hometown: Freemantle, Western Australia and Santa Barbara
Song: “Gasoline & Liquor”
Album: You Wanted to Be the Shore but Instead You Were the Sea
Release Date: March 26, 2021

In Their Words: “‘Gasoline & Liquor’ came about after traveling through California’s Mojave Desert so when it came to making a video for the song the other ‘Wild West’ — that of Western Australia — seemed the perfect location. We were headed out to Joshua Tree to catch some music at Pappy & Harriet’s when we passed a sign at the side of the highway that read ‘Gasoline and Liquor.’ I pointed at the sign and said to my husband, ‘That is a song — but it’s a man’s song.’ I then blurted out, ‘You’ve gotta help me write it!’ We passed lyrics back and forth while I honed the music. A week before we were set to record the new album I started fingerpicking the song and the arrangement fell into place. We recorded the album live in an old church in the hills behind Santa Barbara and the take you hear was captured during a momentary pause between someone chainsawing trees nearby!

“I wanted to make a video that reflected the bleak desert landscape of places like Victorville and Barstow, which inspired the song. Since we’re currently in Australia we went to the western mining town of Kalgoorlie where there is no shortage of abandoned gas stations and outback pubs. One of my favorite places is the Broad Arrow Tavern, a quintessential outback pub, miles from town in the middle of anywhere with writing scribbled all over the walls giving it an edge-of-civilization atmosphere. The crusty outback characters and bar flies stared at us menacingly during the entire shoot, leaving us pondering whether we were going to get out of there alive. We almost didn’t, managing to grab our cameras and equipment and get out of there before a bar brawl broke loose. Music sure takes you down some interesting roads!” — Natalie D-Napoleon