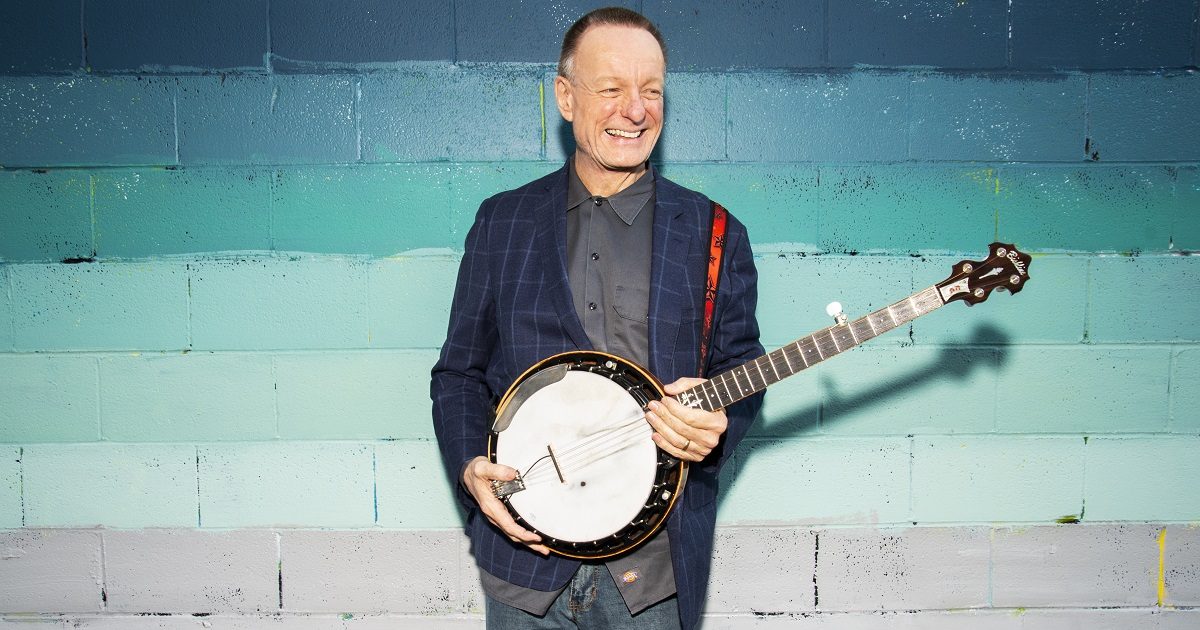 The spring is often the peak time for artists to drop a new release — the festival season is just warming up, and a new album can bring about immense plans for an exciting year on the road. But for many road warriors like Danny Barnes, who released a new album in March 2020, release tours were turned upside down by the pandemic. Fortunately, in his true spirit, Barnes has managed to stay as creative as ever.

Man on Fire is Barnes’ 10th major solo release, not to mention his ‘barnyard electronic’ Bandcamp work, and an extensive collaborative discography including the likes of Bad Livers and David Grisman’s Dawg Trio. Though he often utilizes taste over flash, Barnes has been long recognized among the top banjo players — for example, he was the 2015 recipient of the Steve Martin Prize for Excellence in Banjo and Bluegrass. The new record, though released during an unprecedented time, garnered a Grammy nomination for Best Bluegrass Album.

BGS caught up with Barnes to talk about recording Man on Fire, how he’s filled his time during the pandemic at home in Washington, and his major creative methods, from finding the right collaborators to populating his songs with characters who will surprise you.

BGS: With the release of Man on Fire last March, how have you managed to best stay creative during the pandemic?

Barnes: One great thing is not spending so much time in transit. I was flying three weekends a month for decades, really. The amount of time I spent in a hotel, rental car, or airplane was astronomical. So when you pull all that out of the equation, I can just make stuff like crazy. I’ve been writing a bunch of songs, studying music like crazy, studying art, I just make things like crazy. I have a lot of ideas, you know.

I’ve heard you talk about using the banjo as a pencil. Can you explain that idea, and how it informs your creative process?

If you’re trying to play an instrument, say if you take up the saxophone or something like that, you spend a lot of years just chasing the instrument. I’m in my 50th year of playing [the banjo], and after a few years of working on it, it sort of gets where you can go the other way with it, where you’re expressing things through it. It’s like a different operating system; typically it takes a lot of years to get that familiarity with something. Over time, you develop this atomic understanding of things, a really good objective look, you know. I use the banjo to get ideas out.

There’s so much music in the banjo itself that’s untapped… In the traditional styles it has a certain role, like the shortstop on the baseball team. There’s a lot of guys like John Hartford that pointed the way before me. My experience was, I spent a lot of years just trying to wrench something out of it. With a pencil too, it’s a really simple thing, but you can do incredibly complex things with it. Similar to a 5-string banjo, it’s real simple in a certain way. Spending time figuring out how to play the banjo gives you a way of putting energy out the other way.

You’ve done a lot of collaborating with folks throughout the years. Can you tell me about some of the friendships that went into Man on Fire?

A lot of those guys I’ve known for a long time. I guess I met Bill [Frisell] right when I first got up [to the Pacific Northwest], I met Dave [Matthews] shortly after that, and I’ve known John Paul Jones since around there too as a matter of fact, early 2000s. I’d never met Geoff [Stanfield], who produced the record. I was talking about making a record and Dave suggested Geoff, who’s a friend of his. He’s a Seattle guy, so I could work here, I wouldn’t have to fly to L.A. or something like that.

I’m really blessed to have really close friends that care about me, and are super-elevated in the art where they really have another way of looking at things. It’s been a real honor to be able to work with those guys, I’ll tell you that. It’s tough when you’re in the music world, because everybody is involved in it. There are certain subjects that people just in general don’t have opinions about, say for instance like microscopes or something. Music though, people are so used to manning the ship as it were. I’m talking about the audience, people that would potentially listen. So you’ve really gotta think about how you want to stage things and get things out.

The trick about music is that it’s tough to get really really good opinions about stuff. Sometimes guys will make criticisms about stuff just because they want to work on it, you know what I mean? So you still don’t know anything. There’s a lot of ego. What I’ve found is that you have people that know you really well — I’ve been really blessed to work with a lot of what I call true masters of music, guys who are super elevated in my field. Those guys, when they have something to say, you can really count on it. Especially if they love you and care about you. If you know them and their kids, you know… it’s relationships. It’s not like you met them at Folk Alliance or somewhere and you’re just gonna make a record with this guy.

You have one of the most unique songwriting styles, between the vastness of your characters from beautiful love songs (“Fun” off of Rocket) and angry men mad at the world (“Bone” from Pizza Box). What is your inspiration behind creating the characters and stories surrounding them?

It’s really like being a poet or something like that. I feel like there’s something that happens to you, I’m not trying to brag on myself, but when you put out a lot of records over the years, there’s a place where you kind of meet yourself. And you go, “Oh, there I am, this is what I do.” If I wanna deviate from this, I now have something to deviate from. I figured out from my poetry that it’s sort of this southern outsider art, like art brut, the French saying for raw art. Kinda like Reverend Howard Finster, Flannery O’Connor, Walker Percy, sort of southern gothic, bleak but funny at the same time. And that’s who populates a lot of my little movies. I find it fascinating, when you can make all these characters, and they can do all of these things and have all these experiences.

The video for “Hey Man” is one of my favorite pieces from the new album. What was your inspiration behind that song, as well as creating the video?

I got this idea from a friend of mine, who went out to his garage, whipped the door open, and there was a dude living in his garage. I just use stuff like that for songs. I thought about telling the story from the homeless guy’s view, and he’s trying to explain why he’s in there as he’s getting all his stuff and getting out of there. Like on that show Cops, they’re stuffing a guy in a car and he’s trying to explain how he got into this situation, and no one is really listening.

David (Dave Matthews) really liked that song, and he’s got this guy Fenton, his lighting guy, who’s really smart about imagery, along with a couple dudes from the DMB crew who are really into editing. We storyboarded the whole thing, shot it in a couple of days over in Seattle. We put a lot of work and time into it. I’m really proud of it. I’ve never been able to do a budgeted video before. It was a real honor to get that out.

Any major plans you’re looking forward to when things resume?

I’m always doing stuff with David Grisman. He and I have a record that we put out a year or so ago, and a whole new record written, just waiting for a good time to record it. The Bad Livers, we’re kinda working on a record. I’m working on this music for tuba and banjo, kind want to make a record build around that. I’ve been writing a bunch of music for the 12-string guitar. I kinda want to make another ambient record. I’ve always got a lot of ideas.