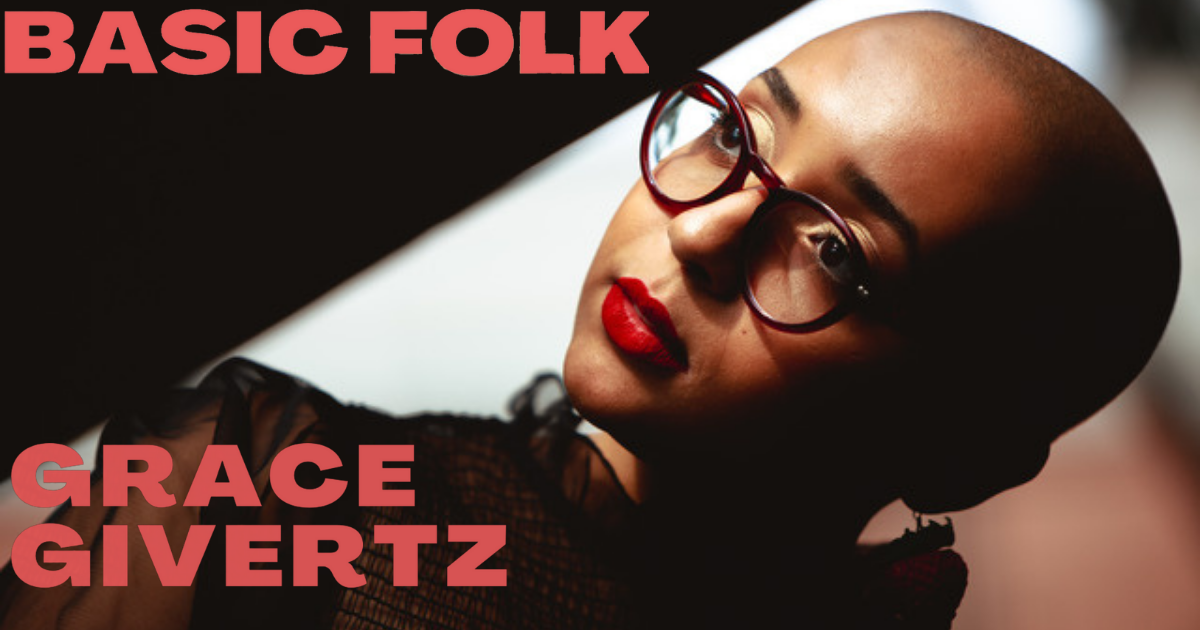 Grace Givertz, born and raised in South Florida, began writing and performing at age eleven when she got a guitar and learned to play off of YouTube videos. Grace is a survivor in many ways: She manages and confronts several chronic illnesses, she survived having her Berklee scholarship rescinded due to a systematic error and lived through being struck by a city bus in 2015.

The accident left her unable to play her instruments for several months. During that idle time, she reflected on how being a musician defines who she is. Her writing changed and became more open and honest about chronic illnesses. In her most recent single, “Papa,” she writes about the traumatic murder of her grandfather and how he lives on in Grace.

I first came across Grace working at Club Passim in the Boston area, where she currently lives. Grace’s visual appearance, sense of humor and sparkling personality are undeniable. In addition to music, she’s super crafty and her reputation for cute outfits, cute earrings (which she sells on Etsy) and her cute apartment (which I’ve seen a lot of thanks to Zoom concerts and social media) proceeds her. She surrounds herself with her adorable pets that pop up frequently on her social media. One time, my mom (unprovoked – she doesn’t know Grace!) sent me a video of Grace’s bearded dragon, Baby Pancake, being cuddled by her peachy cat Persimmon. Yes, I know most of her pets’ names and have a Grace Givertz t-shirt with a sweet Baby Pancake design on it. I am a fan all around.