Becky Warren Thanks the Indigo Girls for 30 Years #IG30 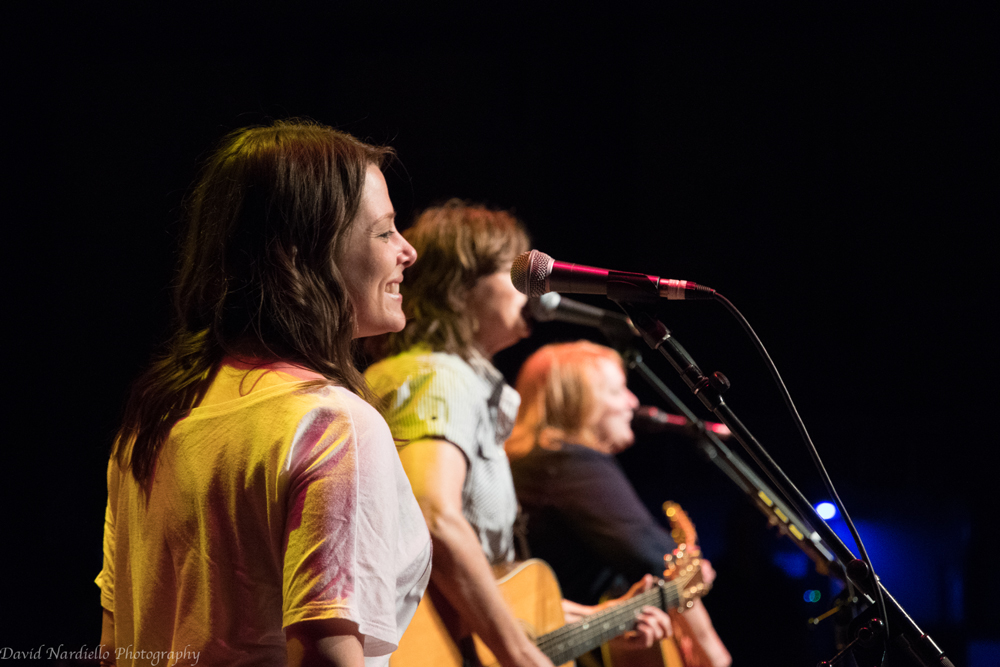 Continuing our month-long tribute in celebration of the Indigo Girls’ 30th anniversary, we asked singer/songwriter Becky Warren how she’d like to thank Amy Ray and Emily Saliers.

It’s pretty much impossible to overstate the importance of the Indigo Girls in my life. I grew up in Atlanta, so when I first heard them in 1990 or so, they became instant heroes — women who wrote amazing songs, played and sang them on great records, and even lived where I lived. I got a guitar in 1991, and theirs were, of course, the first songs I taught myself to play. I spent a lot of time in school feeling awkward and lonely and weird — the kid who was absolutely obsessed with music that most of the other kids weren’t listening to. The Indigo Girls showed me that there was a place in the future where a music nerd girl from Atlanta could fit in great. And they taught me a hell of a lot about songwriting.

More than a decade later, my band (the Great Unknowns) had just finished recording our first album in a basement in Boston when Amy Ray called our guitar player to say she loved the record and wanted to put it out on her Daemon Records label. We immediately agreed and, in 2005, newly married to a guy who had just deployed to Iraq, I went on my first run of shows opening for the Indigo Girls. Amy and Emily were legends for me, and I was amazed to find they were also incredibly kind, down to earth, and full of passion for playing and listening to music. My then-husband’s return from Iraq with PTSD kept me out of the music world for almost seven years — an eternity in the music business. But when I got back to it, Amy was willing to listen to my songs again, and she gave me feedback that bolstered my confidence in a way I badly needed after so much time.

Late last year, I released my first solo album, War Surplus, which explores the impact of PTSD on veterans and their families. I sent Amy an early copy, and she told me she really thought people should hear it. And so it happened that, almost 12 years after my musical journey was interrupted by the Iraq War and its aftermath, I got to go back on tour opening for the Indigo Girls.

My dear friend Mary Bragg (who sings with me here and is a phenomenal Americana artist in her own right) came along on the tour to lend her vocal talents. To build my music career back up to that point, after such a long break, meant the world to me; but the fact that Amy and Emily still believed in me and my songs meant even more. I’m so proud to be an Indigo Girls superfan, so honored to call them friends, and so grateful for everything they’ve done for me.