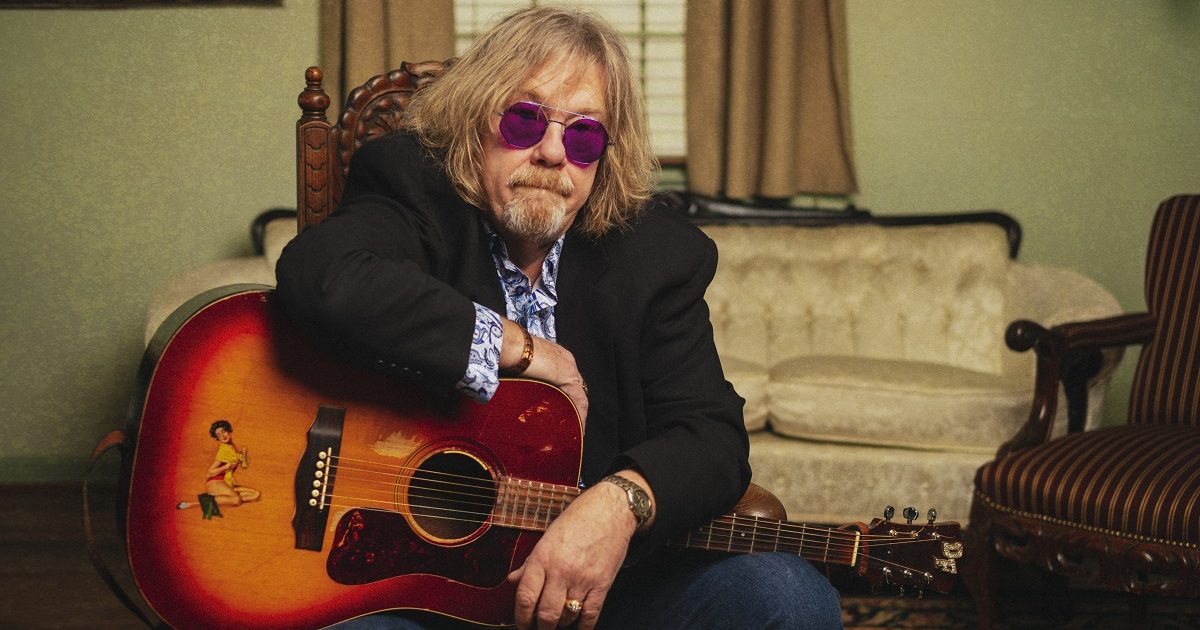 As the go-to producer for some of Nashville’s most enigmatic roots talents, David Ferguson is what you’d call a behind-the-board legend. The studio savant known simply as “Ferg” started out as a protégé of producer and eccentric tape-splicer Cowboy Jack Clement and went on to become Johnny Cash’s favored engineer during his late-career resurgence. More recently, Ferguson has been imparting his old-school wisdom on tastemakers like Sturgill Simpson and Margo Price, while on his own debut album Nashville No More, he puts decades of knowledge to work once more.

With 10 songs full of classic charm and creative whimsy, it’s a loose-feeling project of tunes Ferg’s been falling in love with (and recording for himself) for years, molded into an album during the pandemic doldrums. A rotating cast of Nashville A-listers like Kenny Vaughan, Sierra Hull, Justin Moses, Jerry Douglas, Stuart Duncan, Béla Fleck and Tim O’Brien helped him flesh it out, presenting gruff vocals with tender, honest reverence for the lost art of record-making. In the end, it sounds like a love letter to his life’s work – and maybe the last hurrah of a creative culture.

BGS: So we’ll start with obvious question: Why did you want to make your own record, after so many years of helping others make theirs?

David Ferguson: Well, I’ve really always been a musician at heart. But this one fell into my lap over the pandemic. I had to shut down my studio, the Butcher Shoppe, in Nashville because they sold the buildings. So I set up a control room and an overdub room at my house, then the pandemic came along and there wasn’t much work. I started digging around in my recordings from over the years, got ‘em out and started seeing what I could do. That’s kind of how it came together. I really was just putting it together for family. Like, I was just gonna give it to my mom.

That’s interesting, because I think some people might assume you’ve been wanting to do this your whole life, but it sounds more spur of the moment.

Yeah, it’s a little late in life for me to be launching a solo career. [Laughs] But it’s fun to have one coming out and I’ve got a lot of time on my hands.

It might be late to get started, but you’ve had good teachers. Working with people like Cowboy Jack and Johnny Cash, and more recently Sturgill and Margo, what have you learned about being an artist?

To try to be humble. Even doing interviews, it’s hard to talk about yourself. Somebody who enjoys sitting and talking about themselves, there’s something a little bit wrong with them. I think being humble is a great lesson. Johnny Cash was a very humble man, very humble. So I think that — and trying to be kind to people. And don’t take it for granted, because even if something does happen, it may never happen again. You gotta appreciate what you’ve got.

The people you’ve been known for working with, they’re all artists of very strong vision – ones who didn’t compromise their art. Why are you drawn to people like that?

That’s a good question. I don’t know that I am particularly drawn there, maybe it’s just kind of the way it happened. Stuff comes your way and you have to grab the opportunity if it comes. You’ve gotta be ready to make a fool of yourself if you have to, and learn to grow from mistakes. I made a whole lot of records on a whole lot of people that weren’t any good – tons of them! Not everything you’re gonna do is good. But you do your best for the amount of time or money you have.

I always tried to do my very best. I was a fast engineer and got it going quick, because I didn’t want to waste people’s money. It’s hard to come by, and to get to make a record in a studio is a special thing. It used to be a really special thing. Now anybody can make a record. You can make one in your own house. But back in the day when I started, being able to have the money and resources to go in and record an album was a big deal. I still look at it as a big deal.

I think that comes through on your record.

Thank you, man, I tried not to cut any corners. I could have, and used keyboard strings, things like that. But I had real ones. I tried to do it as real as I could do it.

Did you record this the way you would have back in the day?

Yeah. Everybody’s recording on the Pro Tools format, but I can still fire up a tape machine, I’m not afraid of it. It’s just not economically feasible anymore. And plus, people don’t realize, they always used to say, ‘Oh, tape machines sounded great.’ And it’s true. They did and they still do, but you still wind up with a 16-bit CD. Unless you’re listening to it off the tape machine or on a vinyl record, or some super high resolution format, it’s just not gonna make very much difference.

Tell me about the title you chose. You’re from Nashville and have seen how it’s changed. How did you end up with the title Nashville No More? The whole thing has a kind of weary feel to it.

[Laughs] You know it’s not really a bummer. A lot of them are actually love songs. Like “Chardonnay” is a love song to wine. And then “Looking for Rainbows,” it’s kind of a sad song about love. … Nashville No More means a lot to me, because the Nashville that I used to know is no more. I’m not saying that’s a bad thing, it’s just that things evolve, and Nashville has really evolved. The music has evolved into an unlistenable thing to me. Modern country music, to me, is really difficult to listen to. Top 10 radio, it’s not for me. And I know some of those people who are on those channels, those singers, and I really like ‘em. I’m not saying anything bad about their music or anything … I’m really happy for their success, but it’s not the kind of stuff I’m gonna listen to.

Margo Price is featured on “Chardonnay,” and that has such a lovely sway to it. Where did that track come from?

That was written by my friend Roger Cook, and some years ago I made a demo of him doing the song, and I found it like ‘Jeez, where has this song been? I love this!’ … I finished it up with some real players on it, re-sung a couple of lines here and there and then sent it to Margo, and she said, ‘God, I love that song so much.’ She graciously came over and hung out for the afternoon and sung on that and “Looking for Rainbows.” Margo’s a real sweetheart and she doesn’t live far from me. The other person on there is Harry Stinson. He sings harmony, too, and Harry is in the Fabulous Superlatives. Harry’s singing on “Four Strong Winds,” too. He can blend right in there.

I love that you start off with “Four Strong Winds,” which is such a tender song. The first thing you hear is this gentle piano and a loping drum beat. Why start with that sound?

The album was totally sequenced … and it started off just exactly the opposite of what it is now. It started off with number six being number one, and we swapped the A side and B side.

That’s an old record trick I learned from Jack Clement and Johnny Cash.

What’s the benefit there?

It just kind of takes the obvious away, and that’s good. I’ve done that on more than one record for the years, and I’ve seen Jack Clement do it a few times. It’s a strange thing, but I mentioned to the guys, “Jack used to sequence it out A and B, then a couple of days later he’d be like, ‘You know, B oughta be A, I think.'” And it works!

You end on “Hard Times Come Again No More.” What’s the message in that ending?

Like I said before, that would have been number five, and we swapped it around. But it just seemed like a natural song to go out with. Sierra and Justin were kind enough to show up on that, and I think she’s just a major talent. Probably one of the most talented people I’ve ever met. She’s got the touch, and she’s not one to nitpick stuff. If you say you’re happy, she says, “OK, let’s move on.” She won’t just wear you out with it.

What was it like trying to produce your own songs, though? Is it hard to be critical of yourself?

It’s nearly impossible. Anybody you talk to who sings or even talks for a living, there’s hardly anything more painful than listening to yourself back. It’s as painful to a singer and artist as it is to anybody — unless they have an ego the size of [spreads his arms wide]. But you get in a situation where you have to be critical, so I learned how to do it on this record. I figured it out.