Between the Lines: ‘Cocaine Blues’ 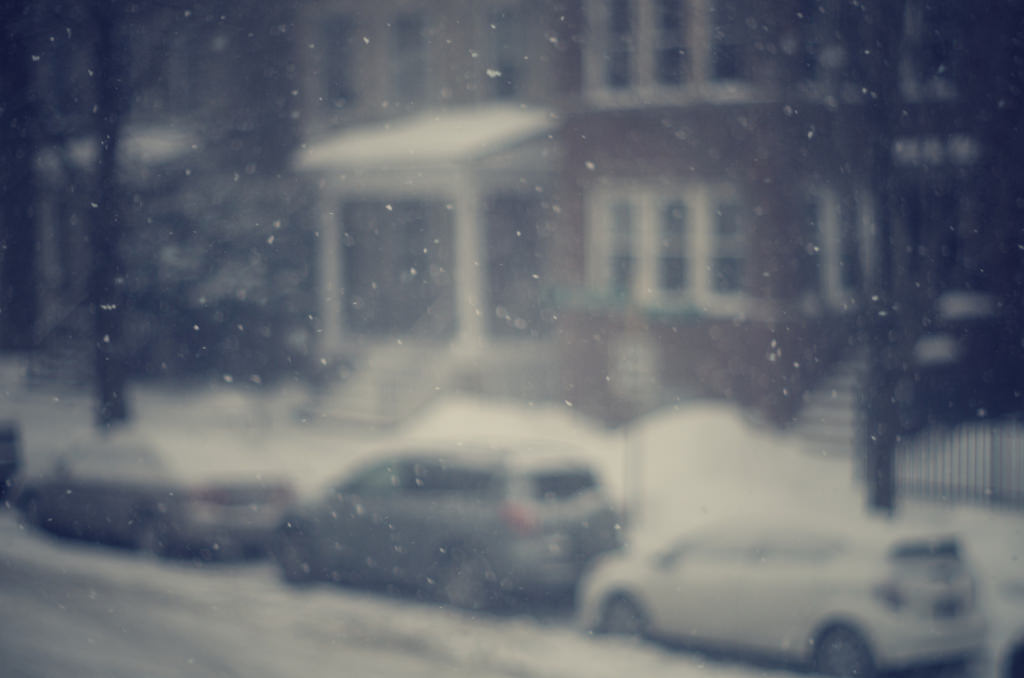 It was Christmas Eve. A silent snow blanketed the yards in South St. Louis while occasionally one could hear boots crunching along the sidewalks in the darkness. Henry and Larissa sat together around the coffee table, looking down at the bag of cocaine and the money — single dollars — ready to be rolled into tubes. This is how far they had strayed, like terrible horses, on the night of the birth of Christ, some calling him Lord, worshipping Him at midnight mass. A terrible feeling of hunger, worry, and rebellion hung around the air in the apartment. Snow began to fall, white and soft, and it did not stop until morning. Henry began to wonder if this would kill him. His heart raced, his brain felt ill. Larissa — no novice to the drug but certainly no aficionado — watched the snow outside through the windows, and occasionally shed a tear, missing desperately her mama. A lone SUV sailed down the icy street like a great, pale hull sliding along the moat where a fire hydrant had burst and stopped and frozen. The vehicle went running on and disappeared.

Earlier that evening, Larissa met her connection at a bar downtown. A few skeletal men sat coughing and drinking at the counter. She undid her scarf as she entered and shook out the snow from her blonde hair. The dealer was a dirty, bearded man who sat in a back booth and signaled to her without seeming to look up from his paper. Something about Tangiers. Something about the history of the Straits of Gibraltar. Some picture of a great, colorful boat on the cover that didn’t seem to fit the coldness of this heavy season.

“Well, as I live and breathe. It’s my love, my heart, Miss Larissa,” Randolph muttered, still staring at the paper with its boat. “You get around, don’t you? Something on the brain?”

“I feel sick even doing this,” she said. “Here.” Larissa put down a hundred dollar bill and waited on a gram. He pulled it from his great coat and laid it on the table.

“You know,” said Randolph, “they say this kills you but not when.” He laughed and pushed the bag of white toward her.

“At least you’re quick,” Larissa muttered. “I might even say efficient.”

“How was your morning?”

“I woke up. I woke up and jumped out of bed and felt pain in my legs due to all this damn cold around us.”

“Well, this should help with all of that.”

“No. None of this is any damn good. What a Christmas.”

“What does that mean?’

He looked back into the paper and rolled the hundred in his fingers, absent-mindedly. As Larissa opened the door to the bar, the cold roared in and the skeletal men looked up abruptly from their beers. They coughed and looked back down. Her breath hung in the air like smoke. The car seats were as cold as the man who’d sold her the cocaine.

She went into the apartment and could spy Henry then, sitting nervously around the glass table. He was reading the Bible, some verse about the day being sufficient to the evil thereof.

“Do you want to start?” she asked Henry.

“Not really. Not tonight. I’m frightened for some reason.”

“It’s not the money,” said Henry. “It’s the feeling I have that this is not the right night for it.”

“When would be a right night?”

That evening their Christmas tree flickered with lights as Henry and Larissa held onto each other in their cold bed. They made love and then got up to eat a late breakfast at one in the morning. They went back to bed. Larissa prayed while Henry slept, muttering something about disappearing and life out West and a better time of things. They didn’t open anything, any of the gifts that sat silently beneath the boughs of the pine. It was over.

Story based on "Cocaine Blues" which was written by T.J. Arnall and recorded by Johnny Cash, Townes Van Zandt, Woody Guthrie, and others. Photo credit: amseaman / Foter / CC BY-ND.