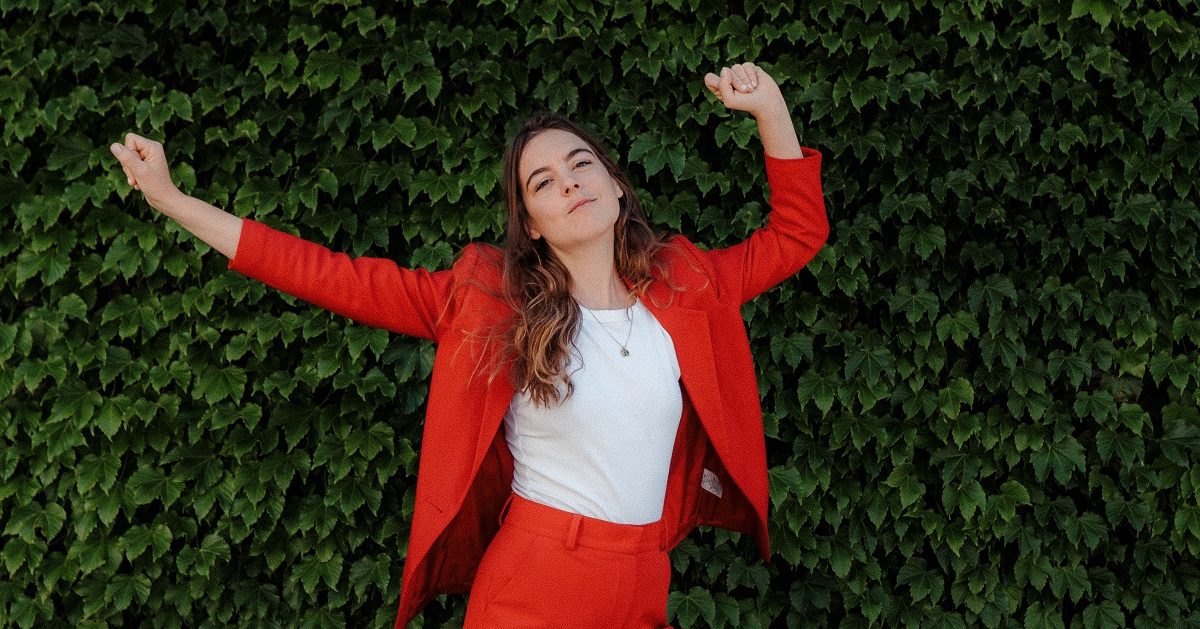 Vermont is a magical place and I certainly felt something open in me when I moved here in 2020. Spending time on the lake, among the mountains never gets old. There is a tiny island in a cove of Lake Champlain where my boyfriend lives and we like to canoe there, camp out and hang. I find that time to be incredibly restorative and I believe everyone deserves time in open nature to feel comfortable and connected.

Some songs come real easy and others are jigsaw puzzles that take years to solve. The songs that took me the longest to lyrically unlock on this album were “The Work” and “Evelyn.” Both of those were in process for over a year because I was more ambitious with the themes I wanted to take on. The trick with writing any song is that you want to say a lot with a little, but it’s like, which little?

In “Evelyn,” I’m pulling from some specific stories from my family’s past, but also to the general experience of feminine sacrifice. There is a lot of darkness I am navigating in this song, so managing that was a heavy lift. It was also the first song I ever wrote that was a story, abstract as it is. Figuring out what the story really was that I wanted to tell was a struggle, but it was also very therapeutic and I’m glad I got there.

“The Work” was especially tricky, too, because it is about touchy conversations around privilege and oppression. (Remember the early Trump years and the beginning of what I like to call the Great American Polarization?) Those conversations take a lot of emotional labor (patience, empathy) and can be really painful, especially for those who are more acquainted with suffering at the hands of unjust institutions. The first line I wrote was the hook that said “I’m so tired of explaining it.” I was stuck on that melody and knew there was something there, but I was really self conscious not to center myself, or make it sound like I knew everything, which I don’t, or just say the wrong thing in general and offend somebody. But I also didn’t want to be too fearful and shy away from the subject. Saying what I meant in those lyrics took time.

Keep getting better always. Play with great musicians. Make the music mean something real. Build financial stability in my life that is disconnected from exploitation.

Susan Tedeschi told me to “keep singing” and that was pretty cool, and then she ripped the first solo on the first tune, and I was a puddle.

God, art is amazing. All of it. That being said, I love reading novels and I think that they probably do the most for my songwriting. Good authors are able to go deep on the human experience on so many levels. I think that we can often access truths that are more profound in novels than even in nonfiction (not to knock nonfiction) and I want the same thing for my songwriting.