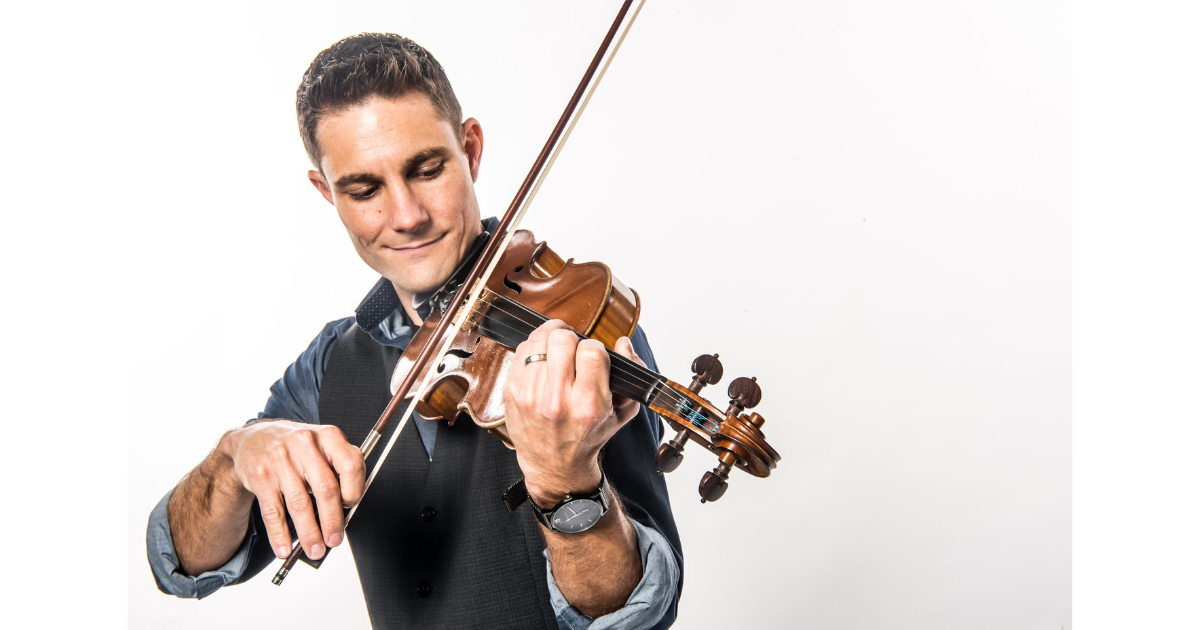 I jokingly say I went to “Ricky Skaggs University,” but there’s a lot of truth to that. I joined his band at 19 and it changed the course of my life. Working with him in the studio and playing on stage with him every night was like a master class. He puts his heart into every note and truly loves what he does. That inspires me greatly.

Hands down, it has to be The Kentucky Theatre in Lexington, Kentucky in February 2001. I had hopped on bus with Kentucky Thunder for the weekend as a sort of audition to be the new fiddle player alongside the legendary Bobby Hicks. At the end of the show, just before the encore, Ricky asked me, “What are you doing the next few years?” and offered me the job right there on the stage in front of the band and about 1,000 people. It was an unforgettable moment!

The opportunity to play music — in the studio or on the stage — is a gift I don’t take for granted. I never start a show or a session without stopping to pray that God would give me creativity and allow me to be an encouragement to the audience.

I am nothing without my faith. Ultimately, I want others to see that in me, whether it’s through music or conversation.

As musicians, we are so influenced by what we take in from other players that it’s natural to try and emulate or imitate what they do rather than concentrating on our own strengths. I found myself stuck in that mindset when a friend said, “Focus on perfecting what you do well instead of trying to be someone else.” That piece of advice gave me freedom to be the musician God made me to be and not worry so much about pleasing others.