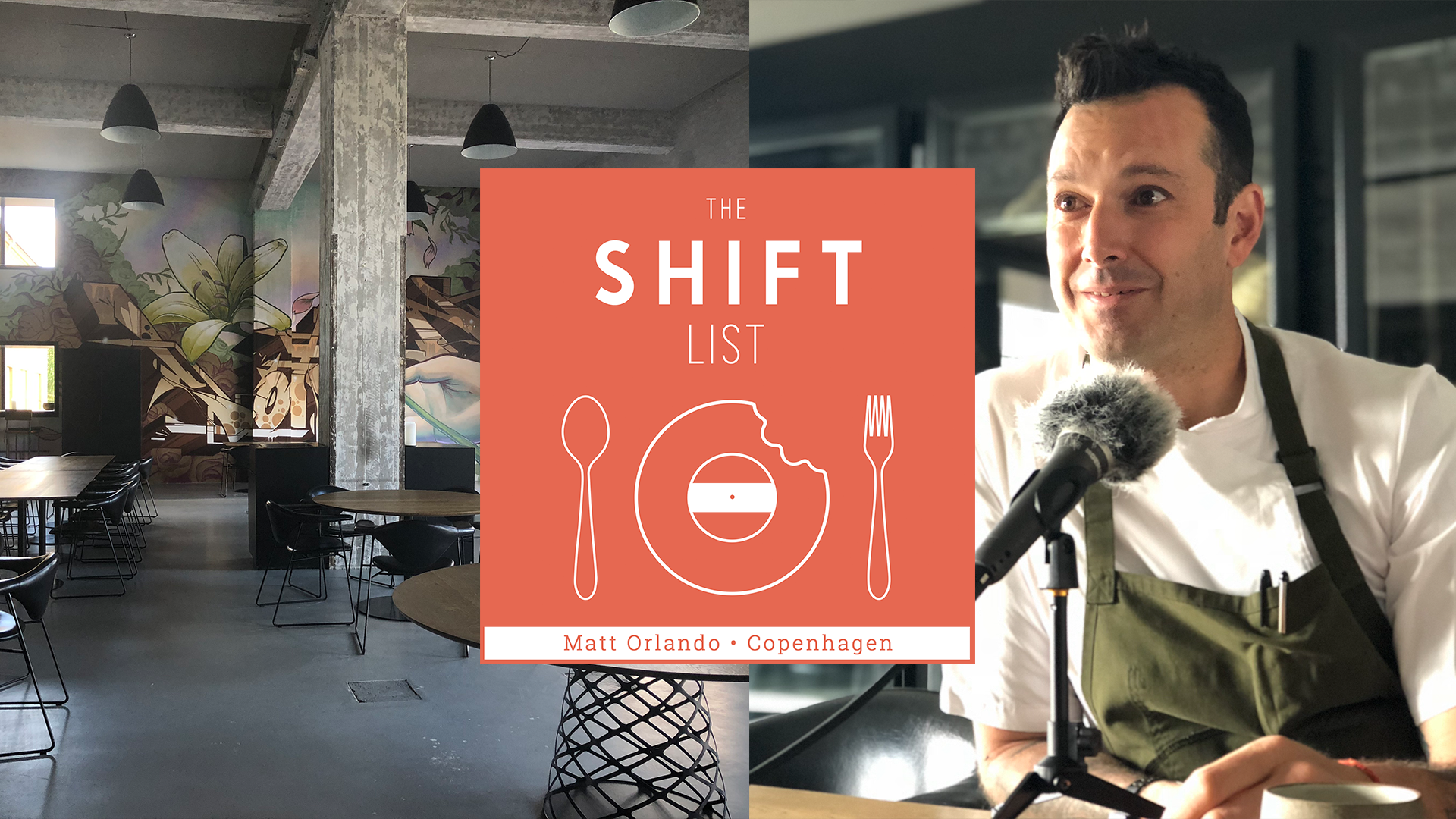 Matt Orlando is the head chef and founder of Amass restaurant in Copenhagen’s Refshalevej neighborhood, a somewhat secluded post industrial part of the city that you can choose to arrive to by public ferry.

Orlando opened Amass in 2013, which is a relatively short distance from both locations of Noma, where Orlando previously worked.

It turns out he actually spent two periods at Noma. His first post was sous chef in the mid 2000s, but he departed briefly for New York with his wife – who’s Danish – to take an opportunity as Sous Chef at Thomas Keller’s Per Se. Longing to return to Denmark, he got a call from Rene Redzepi after a couple of years in New York asking him to serve as NOMA’s first executive chef, a post he accepted and kept for three years prior to leaving to start his own restaurant down the street, an endeavor Redzepi was characteristically enthusiastic and encouraging of.

The juxtaposed restaurant is an extension of the chef himself, a San Diego native who grew up skateboarding and skiing amidst the graffiti’d culture of bay area hip hop legends Hieroglyphics before taking up a distinguished career in fine dining.