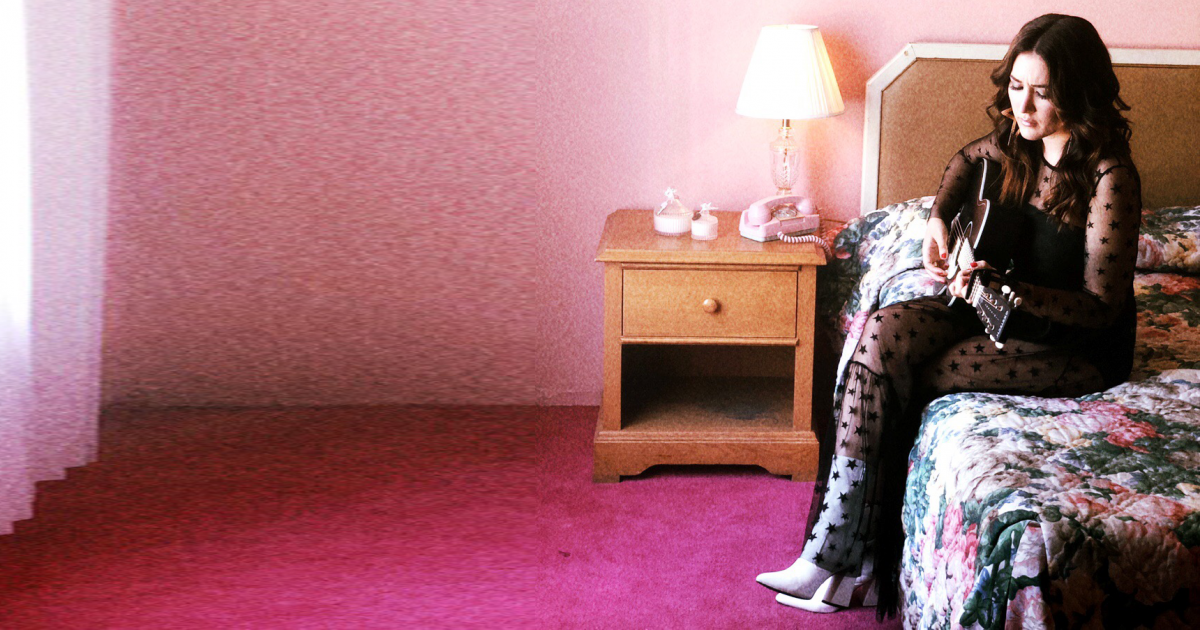 I’m hugely influenced by Buddy and Julie Miller. Their songwriting, production, voices, playing, everything is so incredible and unique. They put so much of their soul into every bit of it. Songs like “You Make My Heart Beat Too Fast” and “Dirty Water” are on my all-time favorites list. If the world of music was filled with with artists like Buddy and Julie, we would be looking at a very different landscape.

On album release day for Far From Home, I was playing Town Hall in New York with Brandy Clark and Tanya Tucker. I was so excited that my record was out that day, and that I was getting to play with these two incredible artists who I admire. But, I was missing a lot of people who couldn’t be there with me to celebrate. In the middle of my set, I felt a tap on my shoulder, and my first thought was something had gone really wrong because they had been experiencing some technical issues. I turned around and Presley, Tanya’s daughter, was standing there with some flowers for me to make me feel more at home. That’s the first time I’ve ever cried on stage, and I’ll never forget it!

I’m a huge movie fan, and I moved to Los Angeles to act. I know music in film has always inspired my music, never more so than on Far From Home. I was listening to a lot of Tarantino soundtracks leading up to making that record, and I think because of my love for films I’m always seeing those visuals in my head when making music. I think it probably also informs my love of production because I love putting together a song in the studio and giving the whole record that cohesive feeling that a lot of art-driven films have.

I think the most important thing is to be true to yourself. As an artist, everyone around you has opinions on how things should be done, but you always have to follow your own light. Sometimes just being yourself can burn bridges if people don’t understand it. But, at the end of the day, I know if I don’t do that I won’t end up being proud of what I’m putting out into the world.

Growing up, I often found acting much easier than singing because I could hide behind a character. I don’t find myself doing that with music, most of my songs, if not all, come from a very personal place and being on stage as a frontwoman feels incredibly vulnerable to me. I’m a very sensitive and introverted person, and I can often hide it, but that doesn’t make it any less true to me. I love listening to music that has that raw quality to it, and so I think that’s naturally come into my songwriting.