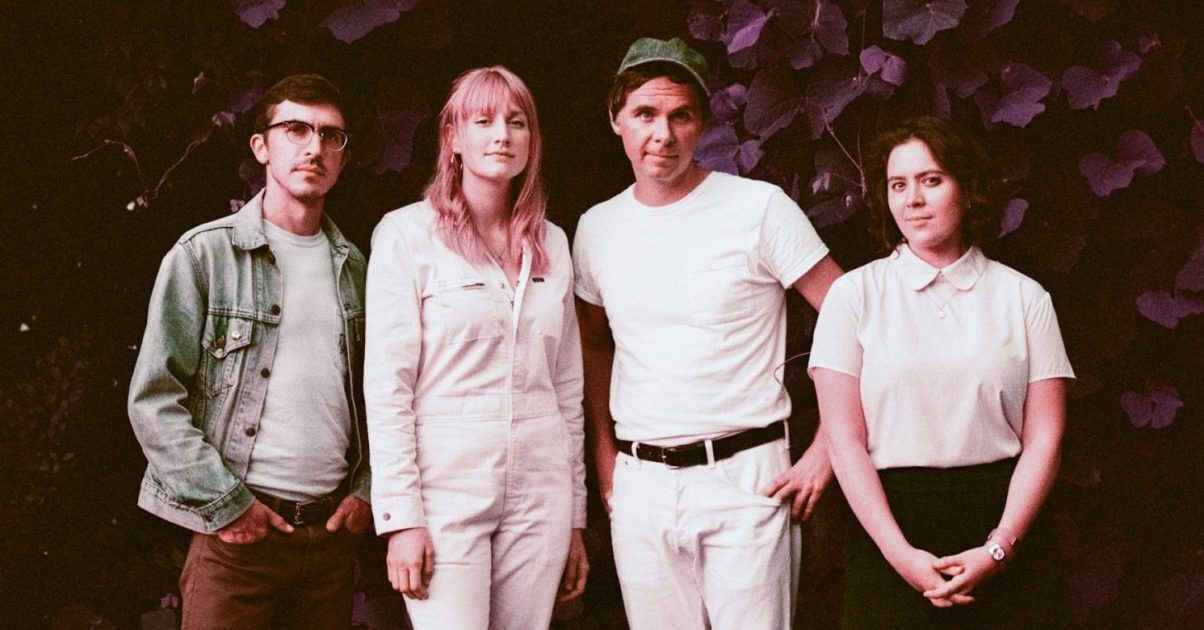 Artist: Bill and the Belles
Hometown: Johnson City, Tennessee
Latest Album: Happy Again
Personal Nicknames: I renamed myself Spike (inspired by the bulldog with a spiked collar in Heathcliff) in the first grade and all the kids called me Spike for a few months. That was a big win. — Kris Truelsen

My name can be tricky for people (it’s like Kahlúa, but “kuh-LEE-uh”) and nicknames weren’t much of a thing until Game of Thrones came out and Khaleesi happened. — Kalia Yeagle

It’s a no brainer: Jimmie Rodgers. He’s been one of our main inspirations for years. His effortless skill in combining the sounds of the blues, jazz, and country will forever be inspiring. My favorite songs from Jimmie are the syrupy love ballads with strings and horns that lean towards being straight pop music of the time like “The Hills of Tennessee” or “Miss the Mississippi and You.” Brilliant stuff. Though I still sing many of his songs, more than ever I use his music as inspiration to break rules and to find the courage to make something unique, not tied to genre or emulating somebody else, but rather trying to be original. — Kris

Jimmie Rodgers was a huge influence on this band. More broadly, that big field of “early country music” (or whatever else you want to call it) is so full of genre-busting sounds and earnest musical experiments. Forming this band, we were very inspired by the folks that used what they had in creative ways, and worked with real fervor. — Kalia

A little over six years ago at the opening of the Birthplace of Country Music Museum in Bristol, Virginia, we shot the pilot episode of Farm and Fun Time, the PBS television show we host. At sound check I stood at the side of the stage and watched Ralph Stanley sing the entirety of “O Death” in an empty theater. It was literally just me, the sound engineer Josh, and Ralph Stanley in this tiny 100-seat theater. It was absolute magic. — Kris

Similarly, another impactful not-quite-on-stage moment for me was when we shot an audience-less Farm and Fun Time from Kris’s front porch during the pandemic. This was early on enough that folks were still figuring out how to get the most out of livestreams, but late enough that we were all feeling scared about what the pandemic meant for our families and communities, and what it meant for our relationship with live music. Sitting on Kris’s front porch listening to local legend Ed Snodderly sing his songs smacked me good, right in the heart. It had been months since I’d experienced live music, and I don’t think I’ve ever felt so grateful and moved. — Kalia

I’m informed by art that says what it means, and simple, impactful works that don’t feel overwrought. That’s because my head’s a pretty busy place, and I sometimes struggle to distill my thoughts and emotions. I also think that artists can see art everywhere, so yes of course a beautiful piece of writing or gut-wrenching brushstroke can stir up the feels. And so can the chalk drawings neighbor kids make, the way this lampshade shoots light up the wall, or the angles this broom maker created when they gathered the bristles. I’m a pretty emotion-full person, but there have been periods of time when making music was just a motion and not emotion. I’m working on treating music-making more like those little moments of surprising beauty, by staying present and approaching things more playfully. — Kalia

Well, a lot of songs end up in the trash after being reworked to death, but I’m getting better at knowing when to move on and putting less pressure on myself to produce, which inevitably makes the work I do finish stronger. The toughest song I’ve ever written that successfully saw the light of day was probably a jingle I wrote for the regionally beloved soda pop company Dr. Enuf. It’s an herbal, lemon-lime sort of thing like Kentucky’s Ale-8. People in East Tennessee lose their minds for “the Dr.” Not to mention it’s got vitamins. It took me ages to get the jingle honed in just right, but when I did I really nailed it. The hook goes “It’s the lemon-in’, lime-a-nin’, rich in vitamin, original pick me up.” I’ve written over 50 jingles and this one is undoubtedly my favorite. — Kris

Write songs that defy boundaries, keep evolving, have faith, and quit working so damn hard all the time. — Kris

Ask, “How is your work serving others? How is it serving you?” And always celebrate growth and abundance. — Kalia