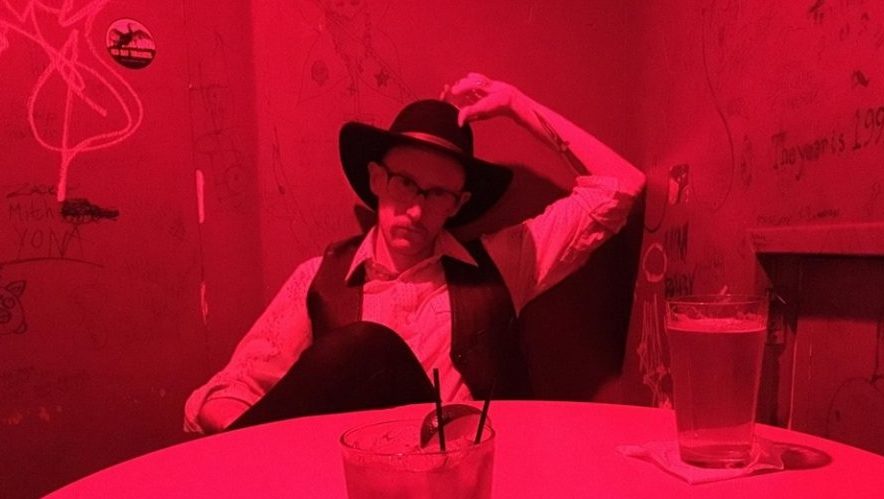 Undoubtedly there have been a select few at different points in my life and work, but I’ll say Will Oldham has been a notable influence on me. He occupies a very specific corner of folk, or Americana — or “new weird America” or whatever you want to call it — that can be hard to pin down (as evidenced by the game of horseshoes I just played with genres there). [He] always takes on the task of exploring sound in unique ways.

The first record of his I ever heard was I See a Darkness, the title track of which Johnny Cash later did a version of with him. I listened to I See a Darkness at the recommendation of a friend and didn’t like it for a long time. I’d walk around at work with it playing in my headphones just having an all-around bad time; but there was something about it that continued to draw me back. I’d be thinking about what that unnameable glinting thing was way too much while I was listening to it. Eventually I learned to lean back and appreciate the joy of not knowing the answer.

Years later, I got to meet Will and heard him give a lecture to a very intimate crowd, maybe only 30 people, about topics like what songs are, the songwriting/recording process, and live performance. I asked him a question I had been pondering a while and he gave me an unsatisfying answer. Brought me right back to where I’d originally found him and that initial journey of un-learning and for that I’m forever grateful.

In the town I grew up in there were lots of loud and lively bands. It’s the common plight of the up-and-coming acoustic act; show up to a bar or venue and play your heart out while folks zone out or talk over you. I always saw all these electric bands come through town that tried to command attention through volume and were also unsuccessful and it got me to thinking.

The next time I played, I brought a few power strips and as many electronics as I could fit in the car — I’m talking toasters, Christmas decorations, a TV looping a muted Looney Tunes VHS while I was playing… pretty much anything that I had in my house at the time to spare. I plugged all of it in around me and turned everything on while I was playing. It was probably the quietest that place had ever been as a room full of people collectively tried to figure out what was going on.

A thunderstorm rolled in and the whole room was pretty much dark and silent except for the glow of all these unnecessary electric props and what I was singing. After the set was over, people came up and talked to me about things they had just noticed in those same songs that I had played a dozen or so times in that same venue. I was glad they were able to be mindful of something going on in front of them and connect with live music. I was gladder still that I didn’t short out the entire fuse box mid-set.

My job is to be a conduit for whatever stories the ghosts around us have to tell. When I’m presented with an idea from wherever it is thoughts come from, I can give my opinion on it in a song but that doesn’t mean I can claim any ownership or that the story is mine. Thoughts don’t belong to or define the thinker.

My partner is a very talented abstract painter, so our studio space and home are full of visual works. In the past we’ve collaborated on work where, say, the title of a song will be the inspiration for a painting or I’ll meditate on a piece of theirs and try to capture feelings that the colors or forms stir up. It’s a great exercise to shake up patterns you fall into as an artist.

Besides that, I’m a film buff and a fairly avid reader. I had the pleasure of working recently with a friend of mine who is a dancer to create choreography to a song off of GUTTERBALL. Basically I have no allegiance to any specific medium of expression and recognize that inspiration is everywhere if I have the good sense to accept it.