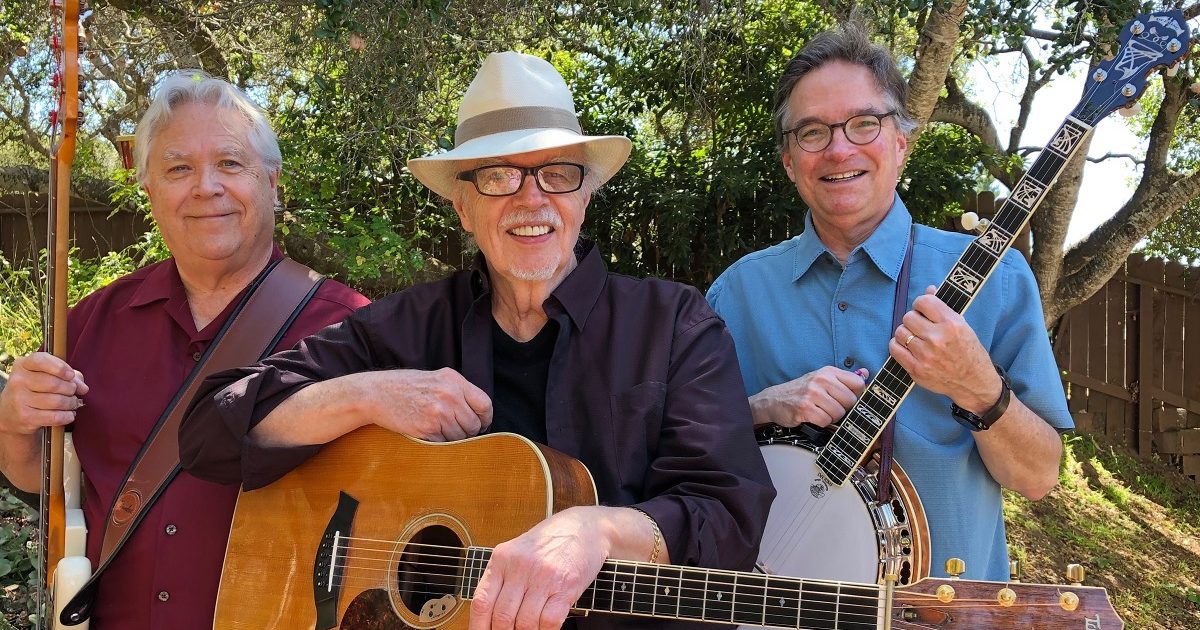 Mark Twain said the two most important days in your life are the day you’re born and the day you discover why. For me it was the day in 1952 (I was 12) when I turned on the radio and accidentally heard Don Sullivan, a Kansas City hillbilly country singer on his noon hour live radio show sing twangy songs and play the steel-string guitar. The sound of the guitar that day struck me like something straight from God. I didn’t even know what it was, but I knew I wanted to play one, to hear more of that beautiful noise. — Dan Crary

My life’s direction pretty much came into focus on February 9, 1964, when I was seven years old. After watching the Beatles’ first live U.S. television appearance, the world wasn’t the same for me after that moment. I went to school on that Monday morning knowing that I would be a musician someday. — Bill Evans

During my year spent with the Mobile Riverine Resources/USN/9th Infantry Division Mekong Delta ’68-69, I met a fellow who had purchased a Hi-Fidelity component stereo system from the PX. He set it up in his hootch. He had pals stateside who were mailing him “care packages” containing the latest vinyl LPs by the boxful. Buffalo Springfield, Jeff Beck, Cream, the Doors, etc. When we thought the coast was clear, we’d load up a “bowl” and then listen to those great sounds coming out of those three-way speakers and the music would take us to another place. I did not play any instrument at that time, but I knew right then that I wanted to figure out how to play. All I had to do was get home in one piece. I did, and once stateside I latched on to the bass guitar and have not ever let it go… over 50 years now. — Wally Barnick

Which artist has influenced you the most – and how?

Musicians who were influential: 1) Fritz Kreisler: When I was 5 years old, about 1945 (!) my mom and grandma took me to a concert in the Kansas City Music Hall of violinist Fritz Kreisler. I never forgot it, it’s like yesterday. 2) Bud Hunt, old-time banjo and guitar guy on The Brush Creek Follies, a ’50s Kansas City country music show. My old Webcor wire recorder caught him one night playing “Wildwood Flower.” I had never heard anything like that, changed my life forever. 3) Sabicas, Segovia, Doc Watson: Their brilliant performances made me want to get serious. 4) The Stanley Brothers: Sheer, stunning beauty for the ages. — Dan

I’ve been playing professionally now for over forty years and the people who have had the most influence on me are those who I’ve gotten to know through playing and touring with them in bands or getting to know them as personal friends: folks like Ron Thomason of Dry Branch Fire Squad, Tony Trischka, Alan Munde, Jim Nunally in California and, most of all, Sonny Osborne. And I’ll count Dan and Wally in this group too — I admire what they have both accomplished in their lives and my respect and love for the both of them knows no limits. — Bill

How often do you hide behind a character in song or use “you” when it’s actually “me”?

Seems like they’re all about me, at least the ones about trying to get it right and loving my lady. — Dan

I’m a composer of instrumental tunes, not songs with lyrics. Often, I set out an assignment for myself in order to get the process started, such as composing a melody over a particularly challenging chord progression or modulation, or something that has an Irish flavor, such as “Winston’s Jig” on Prime Time. In this way, I’m assuming a kind of another identity, most definitely. I feel that way about it, at any rate. — Bill

It is typical that I select and attempt singing songs that mean something to me, even when they are written by someone else. So the short answer is… I sing every song like I mean it, as if it’s mine and as if I’m telling my story. — Wally

In the ’80s a French festival promoter told me on the phone that Byron Berline and John Hickman and I were, because we worked as a trio, “not real bluegrass.” Then, about three days later we three were onstage playing “Gold Rush” to a few thousand fans at the KFC festival in Louisville. Suddenly, with no advance notice, Bill Monroe himself walked on stage with a big smile, sat down with us and we all played the rest of the set together. At one point Bill announced to that audience that, except for his own Blue Grass Boys, we were his #1 favorite bluegrass band! If I live to be a thousand…. — Dan

That’s tough to narrow down to just one memory. Perhaps the most musically revelatory moment for me on stage was hosting an evening in Berkeley at the Freight & Salvage Coffeehouse around the year 2000 with J. D. Crowe, David Grisman, Ron Block, Ron Stewart, Alan Senauke, and Missy Raines. It was an amazing thing to hear Crowe and Grisman experience the groove they created together on stage. Ron Block, who played guitar that night, commented to me after our show had ended that he had never felt such intense rhythm and awareness of musical space on any stage before. Musicians talk about how powerful a player J. D. is and I was lucky to actually experience it very intensely by being on stage with him. — Bill

Probably the first time that I performed a Cream song (“Sunshine of Your Love”) and I discovered that I could sing and play it, remembering all the lyrics and changes, and the (bar) crowd loved it! — Wally

Today I will try to be worthy of the guitar. — Dan

Giving back what’s been given to me and giving more, in whatever way that I can. — Bill

Music21 hours ago
LISTEN: Bandits on the Run, "You Have Changed"