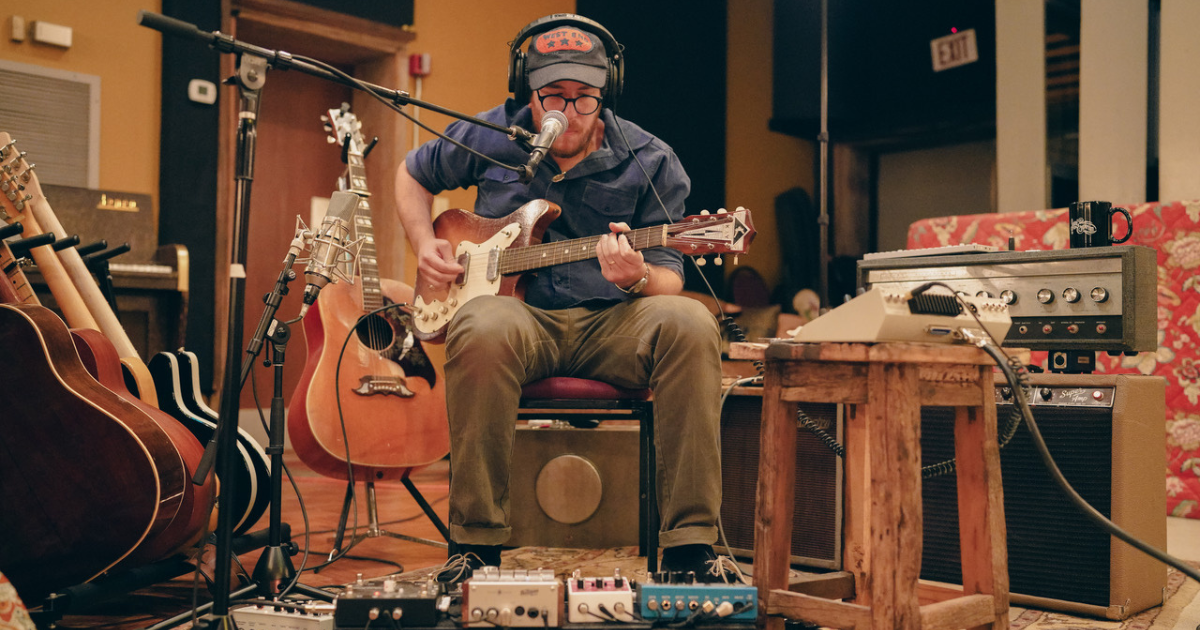 Which artist or producer has influenced you the most … and how?

Artist: There are a million I could cite for different reasons — Rodney Crowell, Guy Clark, Ray Charles, Lucinda Williams, Blake Mills, Derek Trucks — but probably the two that changed my musical path most dramatically are The Meters and The Band. My dad took me to see The Meters when I was a young teen at a time when I was really digging into the guitar and finding my voice. I was deep into the classic rock and blues legends and seeing that show and then exploring the early instrumental Meters records opened the floodgates for all sorts of groove-based and improvisatory music.

I followed that stream to the fertile soil of New Orleans music: brass bands and Mardi Gras indians (check out The Wild Tchoupitoulas if you don’t know) and Allen Toussaint-produced records. From there my horizons widened to other classic funk/soul/R&B which was hugely influential for me — Stax, Motown, James Brown, King Curtis (and all their respective rhythm sections) — and then onward to soul jazz like Jimmy Smith and Lou Donaldson and big bands like Count Basie and Thad Jones / Mel Lewis, then to various eras of Miles Davis and classic Blue Note and Impulse! records like Blues and The Abstract Truth and A Love Supreme.

Later on, during my early college years, I fell under the spell of The Band’s first two records. They too drew influence from a lot of the same soul and R&B records that I had come to love, but imbued it with elements of country and folk and the songs told stories with depth and mystery and characters that felt real. I followed their influences back to classic country and country blues, aided along by an impeccable playlist that my then-girlfriend-now-wife, Carrie Crowell, put together when she first took me to Nashville. Slightly later I started to follow the influence of The Band forward to great modern Americana records and songwriters, many of whom are now friends and collaborators.

Producer: Again, a million past and present who I respect and admire: John Simon, T Bone Burnett, Blake Mills, Josh Kauffman, Russ Titleman, Lenny Waronker. But the one who had the most direct influence on me is Joe Henry. The man is an artist and a poet and a songwriter of the highest order, but has also been at the helm of so many records that have shaped my musical sensibility. The one that looms largest for me is Solomon Burke’s Don’t Give Up On Me. It’s mysterious and deep and heartfelt and immersive and every single musician is playing with nuance and grace.

And that’s true of every Joe Henry record, whether his name is on the front or the back. He casts the room with the right players and emboldens them to be their best selves; he dismisses pretense and genre archetypes and leaves room for light to slip in through the cracks. Particularly with engineer Ryan Freeland at his side, Joe makes records that envelop you. I told him once that his records feel like a well-appointed lounge with the door left slightly ajar — if the listener feels so inclined there is an open invitation to walk in and sit down and feel welcome.

I love any well-told story, be it a movie or a novel or a great TV show. I do really love a great TV show. Any time there are characters and a world that continues to feel real in your mind and soul after you’ve put the story down is magic. I like photography; I like impressionist paintings; I like interesting architecture and great trees. I love a good meal.

I’ve been lucky enough to sit with Joe Henry and sip negronis, so I can check that off my list. I’m also extremely grateful to be surrounded by world-class musicians and songwriters here in Nashville. I’ve shared studio lunches and falafel plates and had late-night hangs with some of the finest folks to be making music in this town. I suppose I’m gonna dream, I’d love to split a belly ham pizza at City House with Randy Newman.

I hope I can spend my life making the kinds of records that people carry with them through the years, records that can be revisited and grow with you over time. There are certain albums and artists that were particularly meaningful or influential during certain eras of my life that take on a whole new meaning for me now. I want to make music that captivates and surprises people, with great people playing great songs; I want to create a sonic world for those people and those songs to live in that reflects their light most powerfully. I want to make records that the artist thinks is their finest work, that open doors for them and enable them to move through the creative world with more confidence and resources. I want to make records that I want to go back and listen to. I love making records.

What’s your favorite memory from being in the studio?

• The first time I ever played with Jason Burger. Not in a studio, but through the chaos of young musicians trying to prove themselves in a big open jam session at a Berklee summer program, Jason, bassist Zack Rosen, and I felt a magical rhythm connection that sparked years of playing together. Though Zack passed in 2019, Jason and I carry that spirit into every record we get to make together: a knowing that the sum is greater than its parts, a simultaneous summoning of interlocking rhythms, an endeavor to channel the deep power and beauty of communication through music.

• Setting up a makeshift studio in the unfinished basement of my in-laws’ house in upstate New York and making my college band Flearoy’s first record. It was winter and we were wearing coats while we recorded. We had bought a Leslie on the way up and left it in the back of keyboardist Matt Porter’s minivan for isolation, cables running through cracked windows. Carrie joined us and made meals and we all sat around the fire in the evening and laughed.

• My son, Willoughby, “drawing the sound of the song” in chalk on the studio patio while Anthony Da Costa and I were recording “Here Comes the Sun” for an album I made called Friends Play My Son’s Favorite Songs, Volume 1 and the feeling of listening to the songs I would record for him in the car on the way to school and have him request them on repeat.

• Any time I walk through the doors at Sound Emporium. That place is one of the world’s great studios; it sounds amazing, it feels amazing, it has been home to countless records I love dearly. Every single time I work there I feel deep gratitude that this is my job and a childlike giddiness that not only do I get to work in that particular sonic temple, but I feel at home there.

• Recording “Joyful Motherfuckers” for Allison Russell’s record Outside Child. That whole record was an incredibly beautiful and spiritual experience and every musician on the floor knew it was special from the first downbeat, well before there was any label support or critical praise. While we tracked “Joyful Motherfuckers” all those feelings were particularly palpable. It was the only song on the record that Alli’s partner in life, songwriter JT Nero, played and sang on. At first I thought it should maybe just be the two of them but I had all the musicians stay in their stations — instruments in hand — and said, “If you feel compelled to play, play.”

While Alli and JT sang and all the musicians in the room had their eyes closed, a spell had been cast. Drew Lindsay bravely played a few choice notes on piano at the end of a verse and somehow everyone else in the room just knew what to do: on the downbeat of the bridge we all came in, gently, subtly, but with deep power. As the take ended no one wanted to say anything because once we acknowledged what had happened, the spell would be broken. Most of us cried listening to playback. Luckily, one of the beautiful things about making records is that when you care to revisit a piece of work you get to experience it both as its final form but also as an opportunity to relive the memory and chapter of your life when you made it.