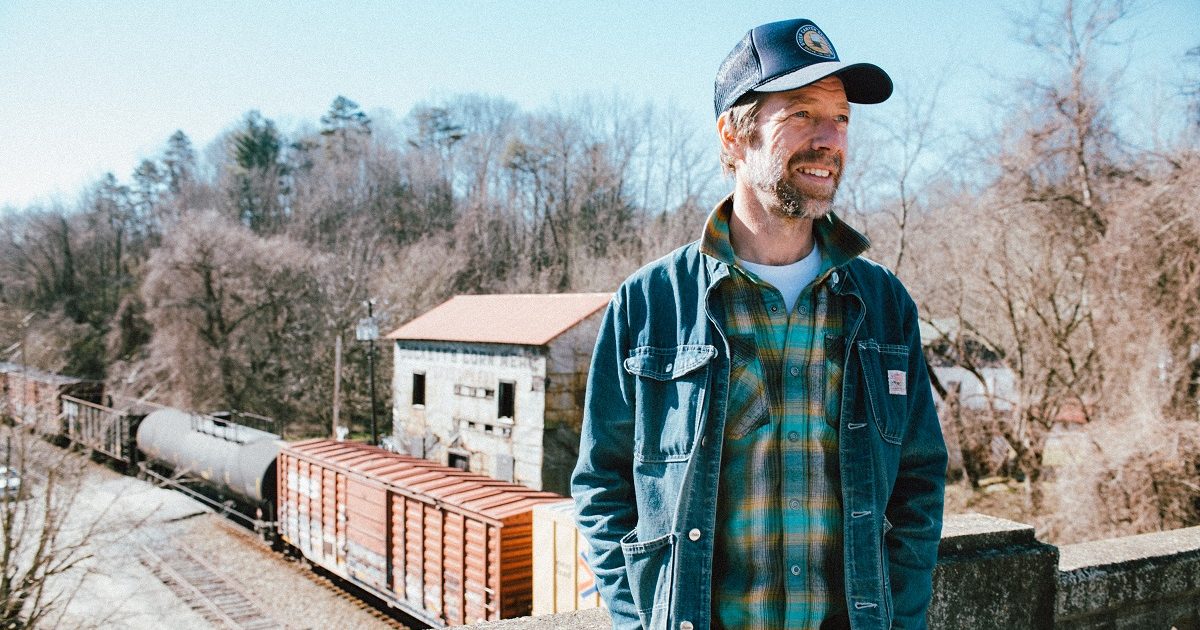 I think Steve Martin has influenced me more than any other artist. The level of attention and devotion he brings to every project (music, film, books, etc.) is inspiring. I don’t think I know any other artist quite so single-minded as Steve. When we began working together I had no expectations, but could easily picture him resting on his past success and coasting; nothing could be further from the truth. Over and over again he’s shown that to be successful you have to put in the daily work, keep pushing yourself and not be afraid to take chances.

I try to keep a few approaches in my toolkit, so if A isn’t happening one day maybe B, C, or D will. Sometimes I’ll try to remove myself completely from a song and let the story unfold. More often I can’t quite get away from myself and a lyric is my way of processing a situation. Likewise, I like to place myself in a more unfamiliar setting and try on a different voice or perspective. I think my songs, in general, have become more personal over the years and they’ve helped me be more empathetic. Often a song can encourage me to say what is otherwise scary or difficult to express.

The toughest time I had writing a song was probably “Honey on My Tongue” from the newest Steep Canyon Rangers album. We were holed up in a hotel in Vancouver for several days with no shows. I wanted to use the time to write a song for my daughter but sat there with paper and pen for hours on end with little or nothing to show for it. At some point I bought a ticket and visited a little Japanese garden nearby. But when we left town I still had nothing to show for it. It was familiar frustration of having something in sight but just out of reach. I try not to let that bother me too much, but it’s often in the background. When we got to the next tour stop, maybe Calgary, I got out my guitar backstage and the first thing that I played was a little melody. After that the whole tune just fell into place. Those are good moments.

I write directly about nature a lot. The song “Deeper Family” is a good example. I was spending time in the woods hiking and had just read The Overstory by Richard Powers. The book talks about the interconnectedness of the forest and a vast life taking place underground. Other times, the woods is simply a great place to let the mind wander and find itself. The forests feel have the great effect of calming the brain while firing up the senses. After a bike ride I can usually count on a new line or perspective or melody.

I tend to write best and most when I’m reading books, stories, or poems that I love. Short stories especially mirror what a song sets out to do. The scene is set and characters come to life so completely and economically. I think the same about the best songs, where no word is wasted and every line has a purpose.

The way he paints a scene, you find yourself sitting there in the booth with your bowl of chili and you can’t help but fall in love with the beautiful waitress. I admire writers who can set you down in a world so completely that you start filling in all the gaps from your own imagination. And the spoken word outro is the maybe the best ever.

A perfect country song, outlaw with a soft touch. If I could trade my voice for anyone’s it would be Don Williams.

The way this song starts in easy and builds to a monumentally intense groove never fails to get my heart pounding. Nina Simone is one of the absolute giants of American music, and she has long held my fascination and admiration.

A little song I wrote for my daughter. It’s hard to encapsulate everything that is the love of a parent but I’m proud of how this one turned out. I love the band’s take on it, from Barrett’s Astral Weeks-style bass to Ashworth (normally our drummer) playing a fantastical bubbly banjo line.

When chaos seemed like it would swallow the world back last year, I wrote this while thinking about what we’ve inherited and what we can choose to bring with us or leave behind. Seth Kauffman, who produced the record, must have intuited how much I like The Kinks because the feel on this landed just where I didn’t know I wanted it; it seemed like he did that for every track on the record!