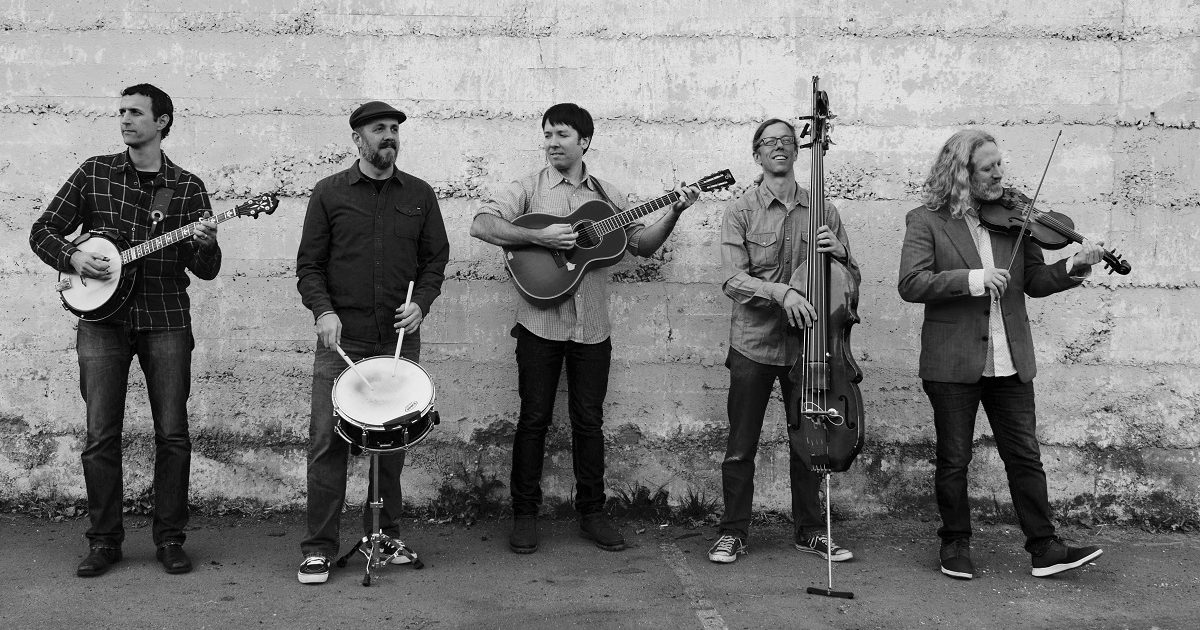 Years ago, we were at Bean Blossom, Indiana. We were a very new band at that point and we played a set in the afternoon. We’d been hanging a bit with Peter Rowan, so he invited us to play in his set that evening. I stepped onstage to find myself next to Tony Rice! I felt completely out of my league, and by every measure, I was. At one point, solos were being passed down the stage. Tony took a ripping solo, of course, and then it was my turn. Yes, I had to take a guitar solo after Tony Rice. The audience was empathetic and gave me a sympathy clap. And Tony said “haw!” — Nat Keefe

Coffee is very important. Even if I have a set at midnight, 1 a.m. — whenever — I get good coffee in me an hour beforehand. No matter how much I drink before I play, I never have trouble burning through it on stage. I set myself up with a cup and I get my right hand going with the rolls. Caffeine with the left hand, banjo with the right. If I have time to drink that coffee slow enough and play those rolls fast enough, I walk onstage feeling damn near superhuman. — Erik Yates

“Give it up.” That’s about it. All the artists I love have their own way of talking about this. When I give, I end up creating so much more, instead of dragging down the next round of work with what I want, whether I’m good enough, whether I’m gonna make as big a splash as my friend or my hero or the new voice on the scene. None of that matters to the damn song. What matters to the song is that it gets made, that it gets out into the world and that other people get to hear it and do what they wanna do with it. Maybe they’ll walk down the aisle to it. Maybe they’ll laugh at it. Maybe they’ll close their eyes and sway back and forth when they hear it. All of that is fine, all of that is welcome. What I want is to give it up, give it away, set it free. — Erik Yates

Actually, it’s often the opposite. Early on, my dad challenged me to write songs from different points of view. It’s liberating! You can be an observer, and it’s not always about you and your feelings. A good example of this is my tune, “Desert Rat.” — Nat Keefe

I’m a mountain person at heart. I think we all are, the band guys. That was how this thing started with us. Since bluegrass is from the old mountains in Appalachia, when we first started writing together we went up as high as we could in the new mountains out West, our Sierra, and listened as closely as we could to what those places were saying. We had this grand idea of making mountain music out here that could reach across time to the mountain music out there, and maybe tickle the Rockies too on its way past. Our best towns have always been mountain towns. This music speaks so well there. — Erik Yates