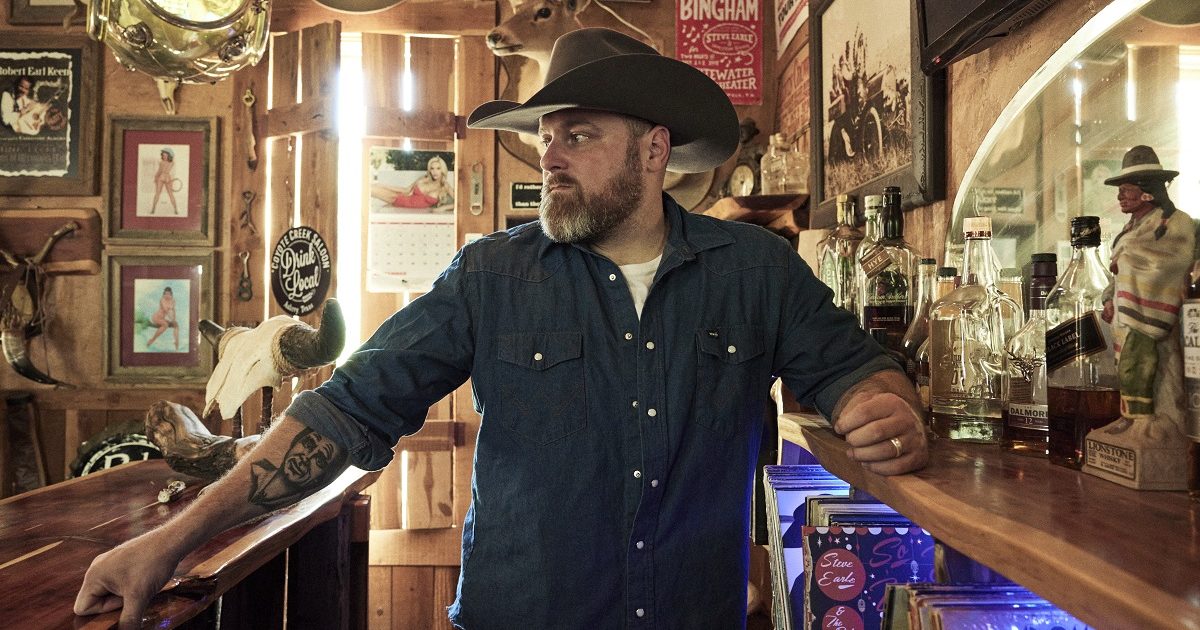 Artist: Isaac Hoskins
Latest Album: Bender
Hometown: I spent the majority of my formative years in Wellington, Kansas. A small wheat-farming town between Wichita and the Oklahoma state line. I’ve lived in Denton, Texas, for 19 years and I definitely call it home now but Wellington still has a great deal to do with the way I see the world.

Personal nicknames: When I was a kid there was another boy who lived down the street who, for some reason, couldn’t pronounce my name instead called me Izeke (eye-zeek). My mother started calling me Zeke and it stuck. To this day, a lot of people in Kansas call me Zeke.

Oh, man! There are so many. I’d imagine that Steve Earle is probably the biggest influence that I’ve had as a songwriter and performer. Obviously, Steve’s music was and continues to be a massive influence but most any other artist that I became a fan of early on was because they were in and around his orbit. The internet was still a pretty new thing, so discovering music that wasn’t on the Top 40 chart was pretty difficult without some sort of road map. Guy Clark, Townes Van Zandt, Rodney Crowell, Jerry Jeff Walker, all of the usual suspects came to me after reading Steve’s biography (Hardcore Troubadour). Steve Earle was my gateway drug.

When I was in junior college I was in a choir that was invited to sing a piece of music entitled The Testament of Freedom at Carnegie Hall. The piece was composed by a man named Randall Thompson and inspired by writings of Thomas Jefferson. It was the spring after the 9/11 attacks and the entire experience was incredibly moving. Both the subject matter and setting were something I’ll never forget. I’m told that Kevin Bacon was there so perhaps I’m one degree closer than most.

I knew that I wanted to be a musician from a very early age, but given my surroundings I never felt like it was something that was attainable. I attended a music festival in Helotes, Texas, called Jack Ingram’s Real American Music Festival and that was the day that I knew for sure, that was the day that I felt like it was something that I could do. I was watching all of these incredible performers that, up to that point, I had never even heard of. The Bottle Rockets, James McMurtry, Hayes Carll and so many other people were proving to me that you don’t have to be Garth Brooks to make a life in music and I was immediately obsessed.

I had the opportunity to talk to Don Schlitz once. He told me, “Write the song you want to hear and you’ll be surprised who wants to hear it too.” I think of that often, so concise, so true. Thanks, Don.

I’m a duck hunter, and more often than not, I hunt alone on public land. Hunting on public land means that you’ve got to get there earlier than anyone else if you want to be sure that you have your spot. Most days I’ll begin my walk to the lake at four o’clock which means I’ve got somewhere in the neighborhood of three hours to hike in, find my spot, put my decoys out and get a decent hide before shooting time (30 minutes before sunrise). That time before and during sunrise is my favorite. I use it to think about the people, places and things that matter to me and might also matter to someone else. Watching the day come alive is a spiritual moment for me, every time. Living in the business of making noise, it’s nice to soak up a little silence.

Music18 hours ago
LISTEN: Darren Nicholson, "Arkansas Without You"

Music18 hours ago
LISTEN: Lynne Hanson, "Light In Me"