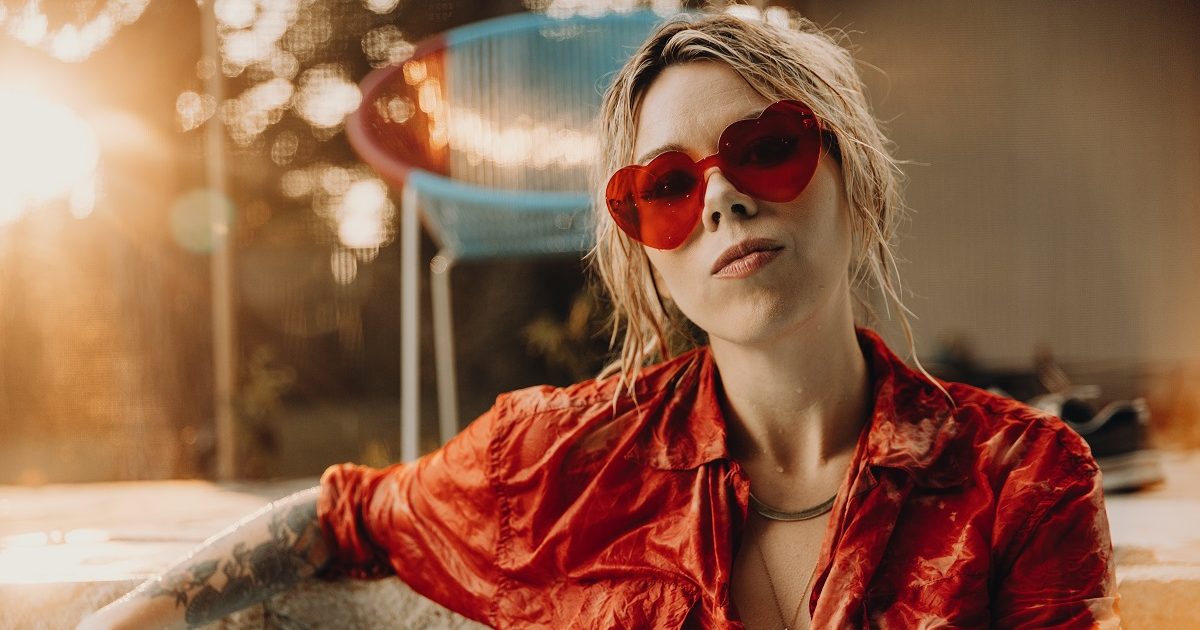 Emmylou Harris. I got my first guitar on Christmas Day. That holiday season, every moment I wasn’t at school or at church I was sitting by the stereo putting “Light of the Stable” on repeat. I was mesmerized by Emmylou’s voice, the production, the melody, and the harmonies. I learned later in life the backing vocals are Dolly Parton, Neil Young, and Linda Ronstadt. Not only have I been tremendously influenced by Emmylou’s voice as a lead singer and a harmony singer, but also by the songs she cut. They opened me up to songwriters who laid out the road map of my own songwriting journey.

It’s a tie for these two golden bits of wisdom that have been passed down to me by my partner, Mary Gauthier, who is much farther along in her career than I am.

1. Do not sign anything unless they’re writing you a check.
2. Don’t take the Ambien until the plane takes off. (I think this one came from Ralph Murphy)

The most powerful experience I’ve had sharing my music wasn’t on stage. It was sharing my songs in a circle at an incredible place in Tulsa called Women in Recovery. WIR is an alternative to prison for women facing convictions for non-violent crimes related to substance abuse. Oklahoma incarcerates more women per capita than any state in the country and this place is trying change that brutal statistic by offering twelve step recovery meetings, educational resources, therapeutic resources, and housing solutions. I had no idea that a song I wrote in early sobriety, “Snow White Knuckles,” would go out into the world and be of service in such a powerful way. It’s opened doors for me to play in prisons and recovery centers all over the world. That song has a power so far beyond me. I’m deeply grateful to continue to have the opportunity to share it and follow it into spaces where it can be of service.

I’m a huge fan of Michael Fracasso. In addition to being a tremendously gifted songwriter, Fracasso is a fabulous chef. I’ve been extremely fortunate to receive a return invitation to a holiday party in Austin where tons of great songwriters (like my friend Darden Smith) and musicians (David Pulkingham is always a highlight for me) come together to swap songs campfire-style. Michael always puts together a beautiful meal for everyone and sings with us. It’s extraordinary.

After being a songwriter for 13 years, I went to my very first songwriting workshop in 2017. I couldn’t possibly recommend it more. I wish I’d done it sooner! It helped me to consciously access methods I’d previously been using subconsciously and taught me a lot about where to laser beam my focus in the editing/rewriting process. I co-teach with my partner, Mary Gauthier, often now. This topic comes up often. When we’re working with a student’s song, Gauthier points out that when a listener hears “I” in a song, they’re not thinking about the voice delivering the song. They’re thinking about themselves. I believe this is one of the most powerful tools of songwriting – singing “I,” brings the listener into the experience of the narrator, which creates an opening for empathy to glide through.

Music17 hours ago
LISTEN: Darren Nicholson, "Arkansas Without You"

Music17 hours ago
LISTEN: Lynne Hanson, "Light In Me"