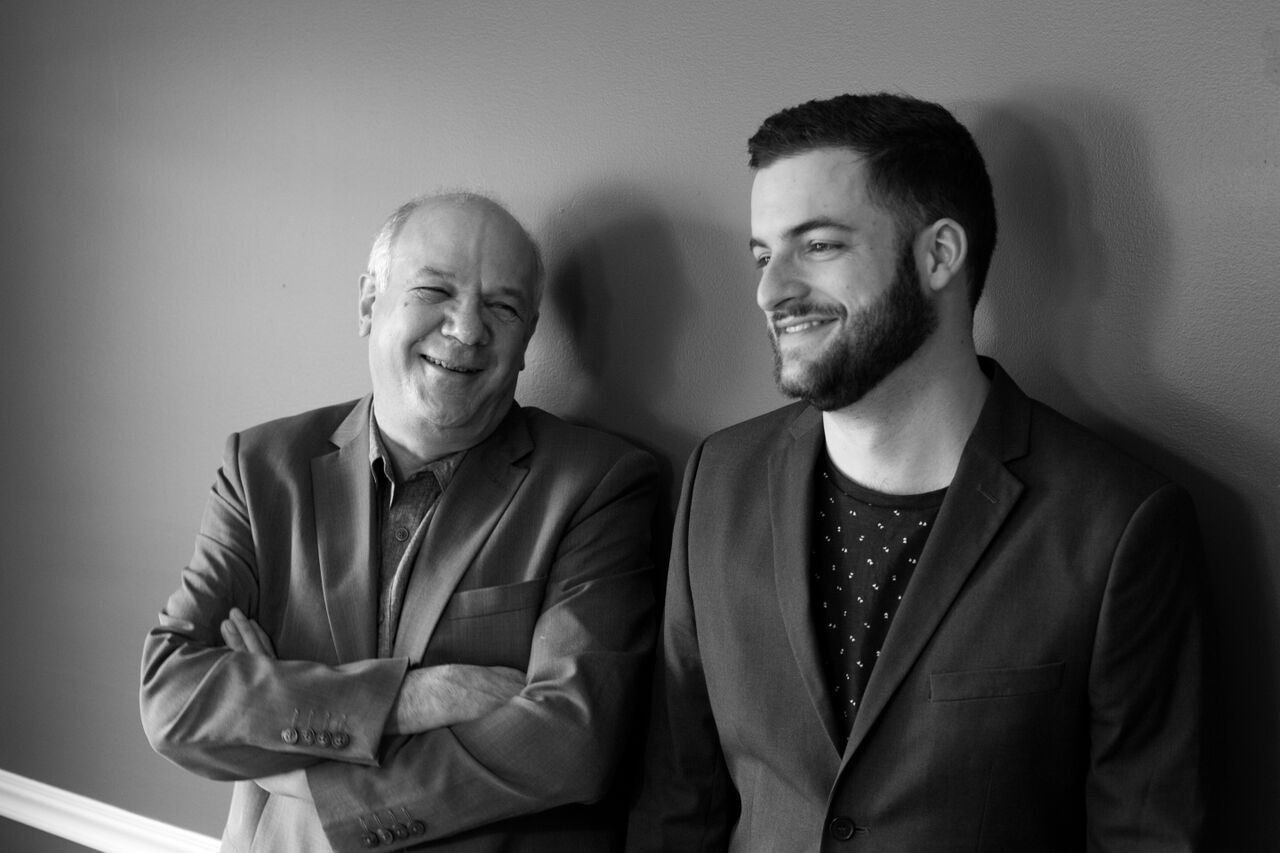 Editor’s Note: Our writers at the Bluegrass Situation have many talents — and for regular contributors Justin Hiltner (pictured right) and Jon Weisberger, their original music is worth discovering by our BGS readers.

Jon: It would have to be Merle Haggard. His music and his career exemplify so many things that first attracted me to country and bluegrass music. For instance, he worked as a sideman before going out on his own, in a classic sort of apprenticeship that I really appreciate; he wrote about a lot of different things in a lot of different ways, with his personal story being just one element in his songwriting; and to me, he really found a sweet spot between acknowledging and taking part in tradition on the one hand, and having his own, unique voice on the other.

Justin: It’s difficult to pinpoint just one, especially given that bluegrass is predicated upon versatility and wearing all of the creative and musical hats all at once. If I were to hazard an answer, based on where I stand at this point in time, musically and otherwise, it would have multiple parts. Earl Scruggs, first and foremost, really and truly is my most important banjo inspiration. “Little Darlin’ Pal of Mine” off of At Carnegie Hall! was undoubtedly my OH-SHIT-EARL-SCRUGGS moment. Darrell Scott would probably fill the most influential songwriter slot (and getting to sing harmony with Tim O’Brien on Watch it Burn’s “If I Were a Praying Man” let me live my Darrell Scott dreams, if just for one song!) And if I were to pick an influential vocalist, it would have to be Lee Ann Womack. Now I ought to stop while this answer is still sufficiently succinct.

Jon: There are several different kinds of tough! I remember that when Jeremy Garrett and I first wrote “Where The Rivers Run Cold,” he got some feedback about the song that caused us to spend some time trying to write a different chorus, and that was tough; eventually, the band adopted it as it was originally written, which turned out pretty well. And he and Josh Shilling (Mountain Heart) and I recently revisited one we kind of thought we had finished back in late 2014, but that none of us was really satisfied with; that one wound up with a different time signature and a different chorus that we love, but working out what to change and what to keep was a real job.

Justin: On my own, I tend to write hyper-personal, intensely specific songs. I often find myself way too close to a song’s hook or core idea, so close that I can’t make progress or finesse the writing at all. The beauty in having a co-writer like Jon nearby, someone that I’ve worked with for so long, is that I can trust him to take one of those personal song ideas and flesh it out in a way that cares for the premise, but insures that it’s relatable to a broader audience. This is exactly how we wrote “This Isn’t How I Wanted to Come Home” together, a song about my grandma passing away. Without a steady co-writing hand like Jon’s, so many difficult songs sit languishing, unfinished, in my iPhone notes!

Justin: That no one ever feel excluded from these roots genres that we love because of who they are. Full stop.

Jon: I guess that would be fauna — specifically, cats. My wife and I have two, and they affect my work every time I write with someone at our house! Matisse, the older of the two, appears in the “at the writing table” photo used in Watch It Burn’s graphic design, and in other promotional photos, too, illustrating the exact nature of that impact — entertainment and/or distraction.

Justin: I should hope at this point that it’s a well-known fact that I’m an avid birdwatcher and amateur naturalist. I’ve got 353 species of birds on my life list (an ongoing list of every species I’ve ever successfully identified in-field). I learned very early in my time as a performer that I ought to bring my binoculars wherever I go on tour. I write a lot of songs about birds, but so many aspects of nature filter into my writing — as in “Lady’s Slippers,” from the record, a song indirectly about a gorgeous, rare native orchid. “Winnsboro Blue” was written for a quarry near property my uncle owns in upstate South Carolina, where we go birding every time I’m in the area. It comes through whether you can always trace the connection or not!

Jon: I’ve never really thought about it in that way, I guess, in part because I’ve pretty much always been a side musician and singer who took up songwriting more out of need than out of the urge for self-expression that I think motivates a lot of singers and writers, at least when they’re starting out. Too, bluegrass and country are fields in which distance between singer/writer and the character written or sung is no less legitimate than complete identification. Perhaps this more craft-oriented approach has helped as a co-writer; I’m really accustomed to looking for how I can relate to the germ of a song idea almost in the way a listener, rather than a writer would. As a result, I do think there’s a part of me in every song I’ve written, even though they’re almost all co-writes — in fact, that’s part of what makes co-writing so enjoyably mysterious or mysteriously enjoyable.

Justin: I used to hide myself and my identity in my songs not by clever or deflective writing, but by literally distancing myself from my songs. If I had written something with prominent male pronouns I would pitch the song to women, operating under the assumption that I could not/would not ever be the one singing those songs. For so long I felt that my queerness need not be present in my writing and my art, because, “Straight people aren’t flaunting their identities in their music!” Turns out 99.9 percent of all music ever made flaunts heteronormativity pretty unabashedly, so I consciously broke the habit of filtering my own perspective out of my songs. It was a pivotal point for me, personally and professionally, and I’ll never go back to hiding behind songwriting rhetoric choices ever again!