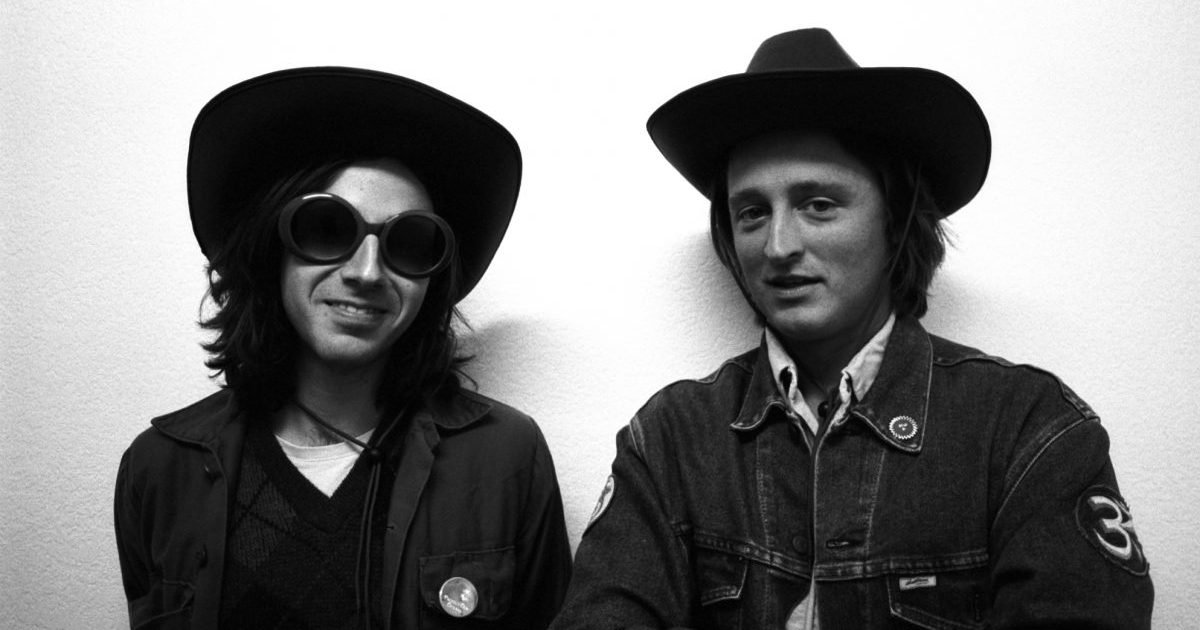 All of the above really. Everything going in and out of the psyche is what we tend to be writing in our songs. The books we read play a big role in what we write, things like Sy Montgomery’s The Soul of an Octopus, Kon-Tiki, Charlotte’s Web, Christian Wiman’s Joy anthology. Lots of films, too, like young Kiefer Sutherland in The Lost Boys, Wim Wenders’ Paris, Texas, Frozen II, The Umbrellas of Cherbourg, Seems Like Old Times, and lots of others.

Other art forms like gardening and painting as well. I’ve only recently started painting and I know that it looks dreadful to anyone else who sees my finished products, but they look nice to me and allow me to open up in other ways that eventually come back around in their turn to our music as well. — Sam

Not until after our second record was recorded and we had been traveling and playing music for about four years. It’s a lot of questioning constantly of whether or not this is really what I want to do and I’m happy about that. I think it has taken time for me to realize that it is actually something I can do. I feel like now I’m committed to it and that I really do want to do it because it feels right. But I won’t ever really stop wondering. I think the wondering is what gives you the reason to do it anyway.

Many musical moments in the past have lead me to love music the way I do now. Raffi in my crib, hearing my dad’s guitar solos, our first battle of the bands in high school, our first time recording anything or trying to learn how to sing harmonies — those are all growing pains for me musically. Painful in some ways looking at the level of our talent back then but definitely key in figuring out our taste and what we want to do with music. — Sam

I think my favorite moment on stage happens fairly often: It’s when Sam and I look at each other and start laughing, usually mid-song, and I think it’s because in the same weird moment we sort of realize how strange and funny and awesome playing music on a stage is. Some other favorite moments were playing in Spain and having the crowd sing along to our songs in Spanish, having Jonathan Richman watch us play a set, sharing the stage with Beachwood Sparks, and anytime we get to play in Big Sur. — Clay

I spend a lot of time in the ocean. This leaves me pretty sunburned and sleepy a lot of the time, and when it’s really good I see waves rolling when I close my eyes. Feeling like this and playing music is the best. — Clay

The best pairing of food and music is at El Compadre in Echo Park where you can watch Trio Los Principes and eat beans and chips and drink flaming margaritas. The trio is truly one of the most badass bands in LA. Sam and I like to go like to meet up with our buddy Tim Hill there and plot world domination and watch Dodgers games. — Clay