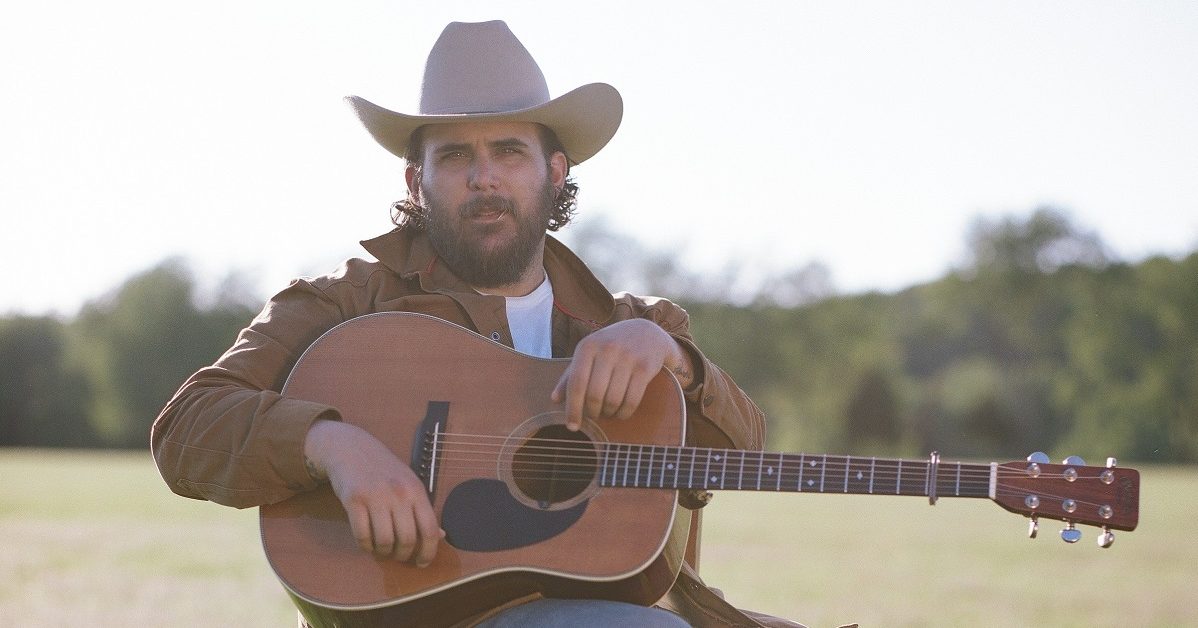 Rituals before a show are always pretty consistent. I have a glass of bourbon, then find a mirror in a quiet room, look in it, and go, “Hey, have some fun… and don’t screw up.” You can call it some tough love motivation! Then I find the band, and I usually give everyone a hug and say something along the lines of “We ain’t here for a long time, just a good time.” The most important parts to me in any show are a great starting note and a great ending note. Everything in between should be a little unhinged and reckless.

In studio/writing — I have a small ritual. Specifically when it comes to having writers block or needing an idea. I stand between two spaces. So, I’ll stand in the doorway of a room from another. Something about the pulling of two places makes my brain work. I’ve written a good amount of songs that way. If I can’t find the melody or words, I’ll lean in the doorway of a room, and after some time it’ll come to me. I always felt like when my thoughts are left in one space for two long, I need them to move. Standing in the space between two rooms makes me work harder to find the constant while my brain is being pulled.

Elvis. Always has been. Something about him was fictional — a myth. I was too young to have ever seen him live, but only heard the stories about the weight of his music and his life. I remember the first time I saw a video of him, I just stood there and thought, “That’s it. That’s what I want to do.” Watching him entertain with the guitar was the only thing that made sense in my head. Then add in the collection of rhythm & blues, gospel, and country — I knew what I was going toward. Through the years I went through the genres and really tried to pay attention to all the influences and let them move me. His music brought me to so many levels of appreciating everything from Bruce Springsteen to Pavarotti. He transcends generations with his voice and his songs. It has been the thing that drives me to play music, to be a better musician, and to be an entertainer.

Mostly I spend my time in the river. I love to fly fish. Am I the best fly fisherman? No. However, at a point it’s not about how many I can catch. It’s about being submersed in the action of it. Everything in nature has a rhythm, and actually wading in the river makes me feel it more. It helps impact my work because it’s one of the few times where I allow my brain to shut off and focus on something other than creating. It gives me space and energy back — along with having fresh air, which usually helps. I will listen to music on the way to the newest place to fish, for inspiration, and then I’ll allow myself to be outside in sounds of the woods and the river. That time away is just as important as the time in the creative space. It has taught me patience that I wouldn’t have given myself otherwise.

I think music and food/drinks go hand in hand with another. Music sets the tone, and usually food will then take the senses to another level. I think if I had a favorite pairing, I would have to treat it like a three-course meal. I’m Italian, and the appetizer always sets the tone. I would say start with a light wine and an antipasto salad mixed with Tony Bennett. His voice mixed with the flavors of Italian food make sense in my head. It’s nostalgia and tradition to me.

Then we get into the main course — steak. A cowboy cut bone-in steak. This is where I want to hear more Appalachia roots. The SteelDrivers would be a great pairing. The music is smoky and has the feel of grit and the mountains like the steak. Now when it comes to dessert, I’m a fan of sweets; however, my favorite way to end a nice meal is a tall pour of bourbon. Neat, no ice. This is where James Taylor comes in. I want to let my body soak in the meal, and let my mind slip into the lyrics while the bourbon helps me digest and relax. I honestly couldn’t think of a better way to spend a good meal.

I feel like it would sound a little something like this: “I make music to feel, to move, and to heal — not only people who hear it, but also myself. So, while I have the chance to do it, I’ll make sure every chord and every note has every last piece of me with it to give. There is no sense and no worth in holding back.”