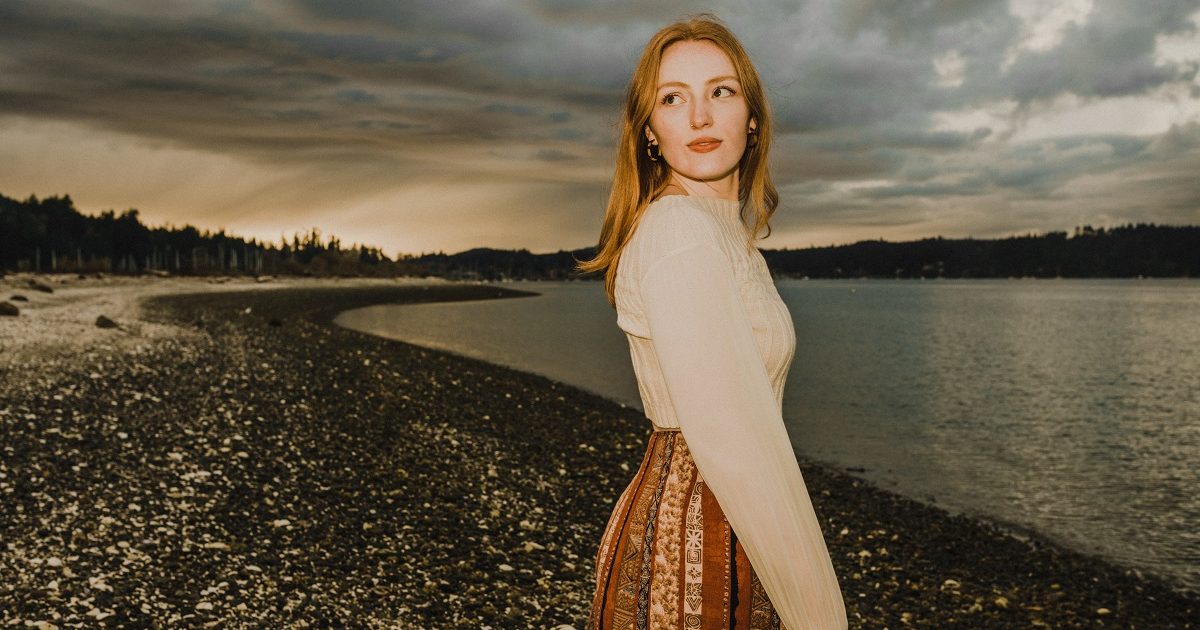 I’m from a small island off the coast of British Columbia, so I’ve always spent the most time with the Pacific Ocean. From a young age, whenever I needed space I would bring myself to the beach and let the sounds of crashing waves calm me down. Often I’ll bring a journal to do some free writing or even a guitar to explore song ideas, but I find that even the silence inspires me to go home and create. I’ve even used voice memos I took of birds and natural sounds to open songs before, including the album’s first single, “Against All Odds.” I took this particular voice memo recording at my grandmother’s house right after COVID hit, when the transition of winter to spring felt bittersweet.

Joni Mitchell has undoubtedly influenced me the most as an artist, songwriter and human. When I started taking music more seriously in adolescence, my parents bought me one of her biographies and I thought to myself, “Who is this crazy lady?” It took me a few years to finally pick up that book, but once I did I never looked back. I started listening through her discography and learning about her journey as a songwriter and performer. I was instantly captivated by her character; I admired her authenticity and radical unwillingness to conform to standards that the music industry pushes artists. The diversity in her music between albums is a beautiful reminder to create what feels good and not look back.

My song “The Other Side” took years and a lot of growth to complete. It’s a very vulnerable song that reflects on my first love, looking back with gratitude rather than regret. I was hesitant to record and put it on the album because it’s so personal, but I decided I want to be an example for songwriters that it means more when a song comes from a place of true authenticity. I’ve had a few audience members come up after shows and tell me how deeply they connected to it after a breakup, so I’m glad I set aside my doubts to write and share it.

This is a very interesting question… as someone who is an enthusiast of both music and food, there are so many answers I could say. But for some reason, as a nod to my English roots, the one that sticks out in my mind is pairing Will Champion (drummer for Coldplay) with a classic Indian curry dish — my favourite is aloo gobi. I would love to share an order of garlic naan with Will and listen to his thoughts about his journey as a collaborative band member in the music industry. Coldplay has influenced my music and my life so heavily and their music would pair well with a spicy meal.

Although it might not be the very first moment, it’s the most memorable — years ago back in 2014 I brought together family, friends and community members to host a farewell concert at my hometown’s local theatre. It was a fundraiser to support the transition to my first year attending Berklee College of Music in Boston and the house was packed. Even though I was young and was still finding my sound, I performed alongside my dad, brother, and so many other talented friends. It meant the world to feel so supported in the pursuit of my dreams and in that moment I knew that music was what I was meant to do.