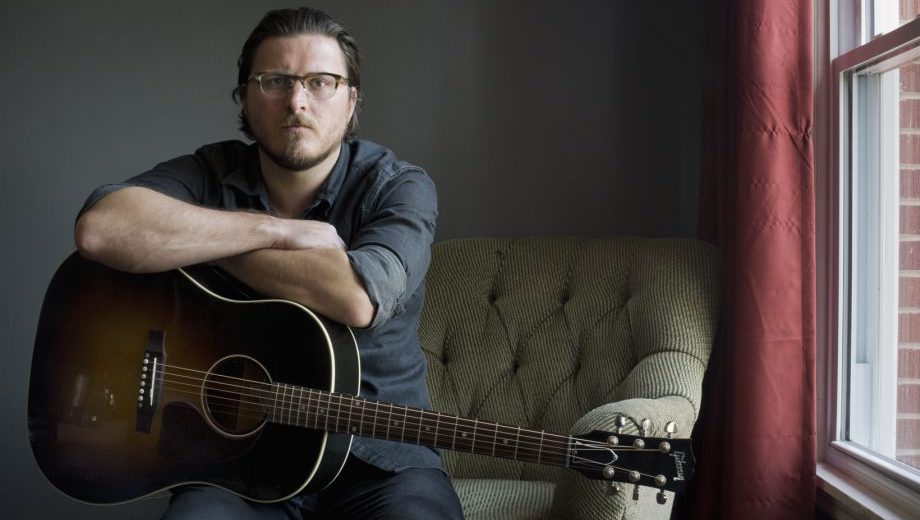 Artist name: Pony Bradshaw
Hometown: Chatsworth, Georgia
Latest album: Sudden Opera
Personal nicknames (or rejected band names): Buzz (It’s more than a nickname, I suppose. All my family and friends have called me “Buzz” since I was a baby.)

What artist has influenced you the most and how?

Growing up in East Texas (Redwater, TX – Home of the Dragons and Class of ’98) I was exposed to Townes Van Zandt relatively early. Him and Lightnin’ Hopkins. My tastes have definitely broadened over the last 20 years but I will always hold Townes in a consecrated view. His poetry and spirit I use as guides, or at least a highly subjective gold standard.

But over time I’ve tried to digest myriad styles of music, mostly because I get bored, and ultimately, hopefully, creating a ‘stomach of genres’ out of my own music, melding poetry, epic, history, satire, realism, etc. Maybe create something that consumes all categories to become one in and of itself. I don’t want to be afraid of ideas that I can’t bring to an absolute conclusion. It’s more about searching and learning than wrapping a song up real nice and neat for a listener. The ego is mighty, though.

Lately, I’ve been bedeviled by the works of a Hungarian writer named László Krasznahorkai. He writes dark, philosophical fiction, seemingly post-apocalyptic, dense as shit. Long paragraph-length sentences sometimes a page long. I read an essay of his that reminded me that art can be practiced unsuccessfully and to think that success is the only way to be an artist is ludicrous. Also, it ends with, “be like a ninja.” I try to keep it in the back of my head and I’ve written it in a few places so I stumble upon it now and then.

Over the past couple of years, songwriting has become more of a sacred act for me. More mystical. But you can’t wait around for inspiration to show her face just as you can’t beg her to accompany you in the trenches. There’s a fine line, a sweet spot, if you will, that I’ve learned to recognize. It usually means being free of outside responsibility for at least 3-4 hours straight. Dependence on uninterrupted time is paramount. Trusting your voice or instinct is essential. Once you compromise yourself it’s hard for anyone to believe a single line you mutter.

I suppose my mantra, or mission statement is a concoction of mysticism, work, self-reliance, and idleness. A mixed bag of contrarieties, but I find it a more invigorating approach. I feel it an honor to even be considered a songwriter and a traveling musician. We’re just a band of peddlers trying to spread a personal gospel. The “job” or “trade” should be treated with respect and I aim to do just that. You must know everything. The minutiae, miscellany, etc. All knowledge comes from experience, some believe. I tend to agree. Then to distill that knowledge from experience and shape it into “art”, bound with poetry and melody, is what I strive to do everyday when I settle into my work. [It’s] an eternal devotion. You must be willing to play the long game. Chipping away, in search of le mot juste.

Regarding nature, I try to get out with my kids, up in the mountains, [do] yardwork or [go] swimming somewhere. I step onto my front porch in the morning and the mountains are the first thing I see. Or we might go traipsing along, or in, one of the many rivers surrounding us, all their names derived from Southeastern Native American languages: Conasauga (Cherokee word meaning “grass”); Hiwassee (Some Cherokee say the name comes from their language, meaning “meadow or savanna,” while the Creek say it means “copperhead snake” due to its heavy population of said snake); Coosawattee (most likely a Creek word meaning “river cane”); and the Oostanaula (I like to agree with the folks that say it comes from the Cherokee word meaning “shoally” river).

We build spears out of sticks and arrowheads, tying the arrowheads on with tough long strips of leaves that look like sugar cane. The kids get all ate up with mosquitoes. It’s a good time. But the majority of my outdoor time comes from mowing or watering flowers. I’ve never been one with balance. I’m usually working on songs or reading if I’m not hanging with my kids.

Literature would be the front runner. I’m a bibliophile and sometimes wish I could just get paid to read. I’m now a card-carrying member of the The Melville Society, which prints a literary journal three times a year called The Leviathan: A Journal of Melville Studies. That’s something I never saw coming 15 years ago. I watch a lot of movies, too. Even the bad ones are useful in terms of making me think from a different perspective or just gleaning information. I watched Bela Tarr’s Turin Horse a couple of months ago. He’s a lifelong friend of Krasznahorkai and they’ve collaborated on many projects. It seems the Hungarians treat art in a different manner than Americans — or the majority of Americans, to be fair. I love to paint, too. In fact I just picked up some new oil paints the other day with plans to finish a painting I started of my oldest son. I keep changing the color of his shirt. It’s been staring at me for months, unfinished, abandoned.

I love barbecue and the best I’ve had was at B’s Cracklin BBQ down in Savannah, Georgia. He has a spot in Atlanta now, too. B (Bryan Furman) actually helped get me rolling when I started smoking pig parts and chicken at home. We’d talk about temperatures, smoke times, and types of wood, but he’d never give me the exact recipe for his rub. He’s a good dude. So, B’s barbecue, and if we could resurrect the King of Zydeco, Clifton Chenier, I believe we’d be sitting on go.