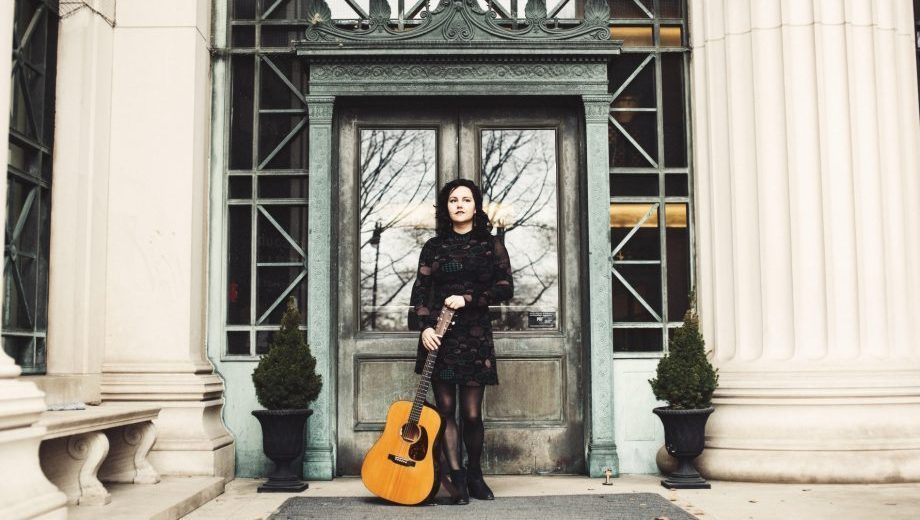 My original background is in classical music and composition. When I started playing guitar it was primarily because of my affection for bluegrass music, which developed after hearing the Smithsonian/Folkways Pioneering Women of Bluegrass album by Hazel Dickens & Alice Gerrard. Because I was introduced to that music only a handful of years ago, I still find myself being exposed to new artists who influence me in very significant ways.

One artist whose work I consumed and who’s had what I would consider a major influence during the creation of my new album is Anaïs Mitchell; musically, of course, but I also have been inspired by her trajectory through varying genres and projects, everything from reinterpretations of traditional ballads to extended narratives, to writing a successful folk opera turned Broadway show. I still can’t believe that. She’s amazing.

Paintings and poetry are probably the most informative non-musical mediums to me. One of my favorite places on earth is the Museum of Fine Arts, Boston (MFA). I used to visit almost every week while I was in college. I had the most incredible art history professor while I was a student at Berklee — his name was Henry Tate and he used to be the curator at the MFA. Henry made it his mission to show his students the parallels between painting and writing music: we learned how artists guide the viewer from the beginning or “entrance” of the painting along a particular path, all by manipulating placement and color.

When I sit down to write, I often think through those terms and techniques and notice similarities between the two mediums — songwriters can also create paths in songs for listeners to take, and they don’t necessarily have to be linear. Poetry activates me in a similar way. Sometimes I find a really good poem that feels like a familiar and forgotten thought; something I thought about once but couldn’t express myself. Jack Gilbert is a current favorite, and in fact his poem “Failing & Flying” inspired my song “Anything Worth Doing.”

When we were about to record the first Twisted Pine album, I thought it would be really fun to record the entire thing in my pajamas just so I could listen back and think, “Gee, I made that in my PAJAMAS.” We ended up filming the sessions, so I settled for wearing my slippers. Now I always record in my Studio Slippers.

I’m a Southern California transplant living in New England, and I’ve lived here as long as I’ve been writing songs. Something new to me, that I spend a lot of time either enjoying or warring with, are the seasons. I’d never experienced the full spectrum of seasons before moving east. In Lancaster, California, we essentially just have summer and winter, and winter there is barely comparable to winter in New England. There is nothing like seeing fall in full swing in Western Massachusetts and Vermont. Nothing. There is also nothing like the thawing feeling you get when the first beautiful spring days arrive after harsh, snowy winters. I like the winters, though. I find the theme of seasons comes up a lot in my writing, generally as a reference point for the listener.

Since I live on the opposite coast from where I grew up, I don’t have the pleasure of indulging in my grandmother’s tamales nearly often enough. And at the top of my list of musicians who I haven’t seen live but would love to is Joanna Newsom. Her music and language are so vibrant and delicious — so are my grandma’s pork tamales. So, I can’t imagine a dreamier paring.