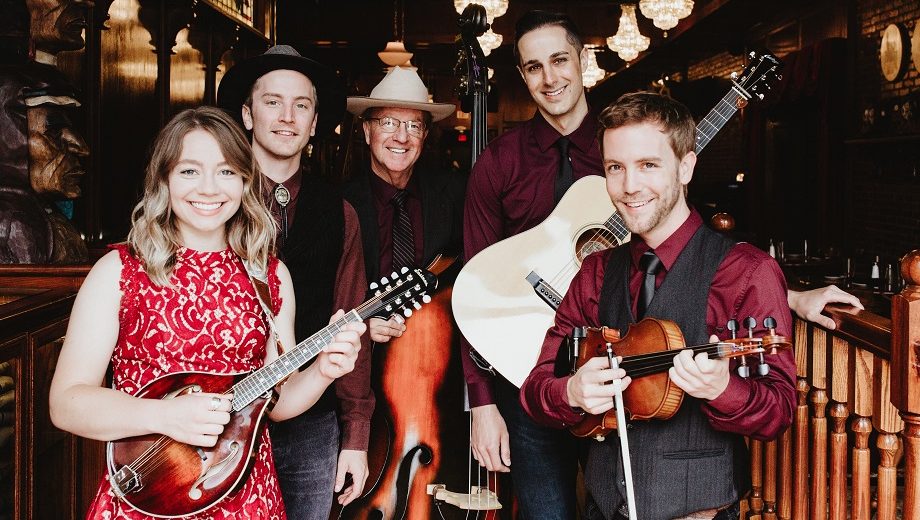 We would love to have biscuits and gravy along with sausage, bacon, and fried eggs with the one-and-only Sam Bush, followed by a raging morning jam on the porch. How could you not have a good day after that?

When recording we love to set the mood with the lights down low and candles lit — you’d think we were inviting a girl over for dinner. Our go-to delivery food was Chipotle… we love Mexican food! Smoothie King was also near the studio and we became addicted to the almond mocha smoothie with cold brew coffee in it. The more caffeine, the better!

One of our new songs called “When We’re Gone” was re-written three or four times. The song started out in a minor key, then we switched it to a major key, and then switched it back to a minor key. By the time we were done it sounded nothing like the original version, but we loved the end result.

As songwriters sometimes we get lucky and write a song in 15 minutes, which happened with “My Baby’s Gone.” However, we really had to grind out “When We’re Gone.” We love how it can relate to everyone’s life, not just ours, which is something we try to do with all our songs. We even had a fan in Germany say it’s his new favorite song!

Blake Parks (fiddle) has been influenced most by world-renowned fiddler and resident Oklahoman, Byron Berline. Blake actually learned to play fiddle by watching instructional VHS tapes that Byron had made. Michael Henneberry (guitar) draws a lot of inspiration from Canadian singer-songwriter Fred Eaglesmith. While Steelwind’s songs certainly have their own feel, if you listen closely you’ll likely hear some of Fred’s influence.

Becca Herrod (mandolin) is a die-hard Alison Krauss fan, and her music has beautifully impacted her musical style. Kenny Parks (bass) loves the playing of Mark Schatz, and you can hear him doing bass runs reminiscent of Mark’s style.

Adam Davis (dobro) is a disciple of “Flux” aka Jerry Douglas. Joel Parks (banjo) is a huge John Hartford fan. In fact, the whole band is!

While Blake and Michael co-write all of Steelwind’s songs, they discovered bluegrass music at different points in their life.

Blake was around 12 when he went to RockyGrass, a festival in Colorado. It was there he saw musicians his own age playing and enjoying bluegrass music. He then realized it was much more than just music his parents played and was inspired to become a musician himself.

Michael fell in love with bluegrass when he worked as a logger in the New Mexico mountains during his summers off from college. He lived without electricity there, and their main source of entertainment was music. There’s something about mountains and bluegrass that go together, and that’s where it all started with Michael.