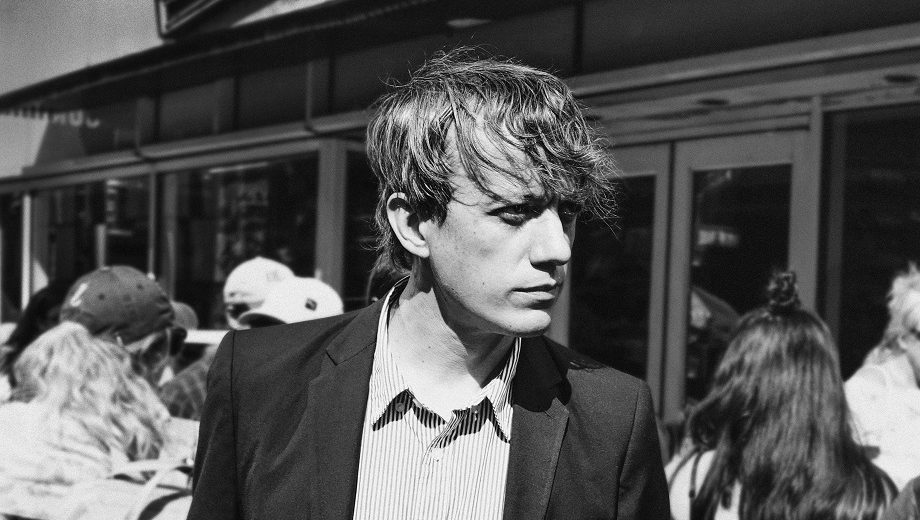 One guitar player that has influenced me over the years has been guitarist Jack Rose. Sadly, Jack passed away too young, nine years ago, and I still think about him on a daily basis.

I first met Jack in Philadelphia in the late 1990s. I was just out of high school and getting serious about playing guitar. We both worked at place called the Reading Terminal Market, with Jack working at the coffee shop, and me at the ice cream stand. I would always walk over to the coffee shop when I had a break, and we would talk at length about various records and all things guitar related. I really looked up to Jack, and he was super generous with his knowledge of music to my young ears. I learned so much from those conversations.

He lost his job at the coffee shop suddenly for apparently not giving a cop a free cup of coffee, and immediately after that he started practicing acoustic guitar about five to eight hours a day. I witnessed the results of his woodshedding at a house show in Philadelphia shortly after that, and was completely astonished and inspired by his playing. Seeing his hard work pay off — and his demand for respect as a performer — was revelatory. Jack taught me how to practice. His willingness to share his guitar ideas, work ethic, and encouragement with my own playing has stayed with me.

I think the first moment I wanted to be a musician is when I saw Prince play guitar in the film, Purple Rain. When I was young I was very enamored with pop music. I loved Michael Jackson, Madonna, Def Leppard, etc. I watched a lot of MTV and listened to a lot of radio. Music was always on in the house, car, basement, or garage. My parents played a lot of records from the ‘60s, and they also liked the ‘80s stuff a bit. At a pretty tender young age, I somehow was allowed to watch Purple Rain, or maybe I watched it at a friend’s house — I can’t remember. I do remember being astonished by this pop musician who could absolutely destroy on guitar. He also looked cool as hell and drove a purple motorcycle. It can’t be denied that he was the best. He’s still one of my favorites of any era.

I knew that I wanted to write a song as a tribute to my father, but it was hard to summon one during a pretty fragile and delicate time in my life. “Stonehurst Cowboy” from my new album, was emotionally exhausting to play and sing. The song is the deepest I’ve reflected on my own emotions since I started making records. It was a difficult, sentimental, but also very cathartic time to write.

The words came to me pretty quickly, but I had trouble singing it when it was first written. It’s an extremely personal song. I had to let my guard down for this one, it was almost as if I didn’t have a choice. It was a hard one to write, but I know I had to, and ultimately I’m very proud of it. My family and friends that knew him seem to really appreciate the tribute, which means a lot me.

Trying to remain calm is important! Nerves can be the worst deterrent in performing and recording for me. I’ve been figuring out ways of dealing with this for years, and in many respects I have learned the hard way. For a performance, I do a few stretches and breathing exercises to calm down a bit. Often times, especially with performing, I like to have glass of wine before I go on stage. Warming up on the guitar itself really helps also. Strumming whatever random few chords allows me to connect myself to the instrument a bit better. For me it’s important to connect with my mind, telling my body that it’s time to get it together.

I’d like to grill some fish, eat oysters, and drink wine with Neil Young. We could have a few bottles of really nice wine, a bunch of salads, a few different types of fish and oysters. This meal would ideally be outside, just me and him. Maybe a few dogs. I’m thinking this could be somewhere in coastal California, obviously, right along some rocky ridge somewhere. We’d light a fire after the meal, I’d listen to his stories, and later strum some old 1930s Martins together. Sounds good, right?