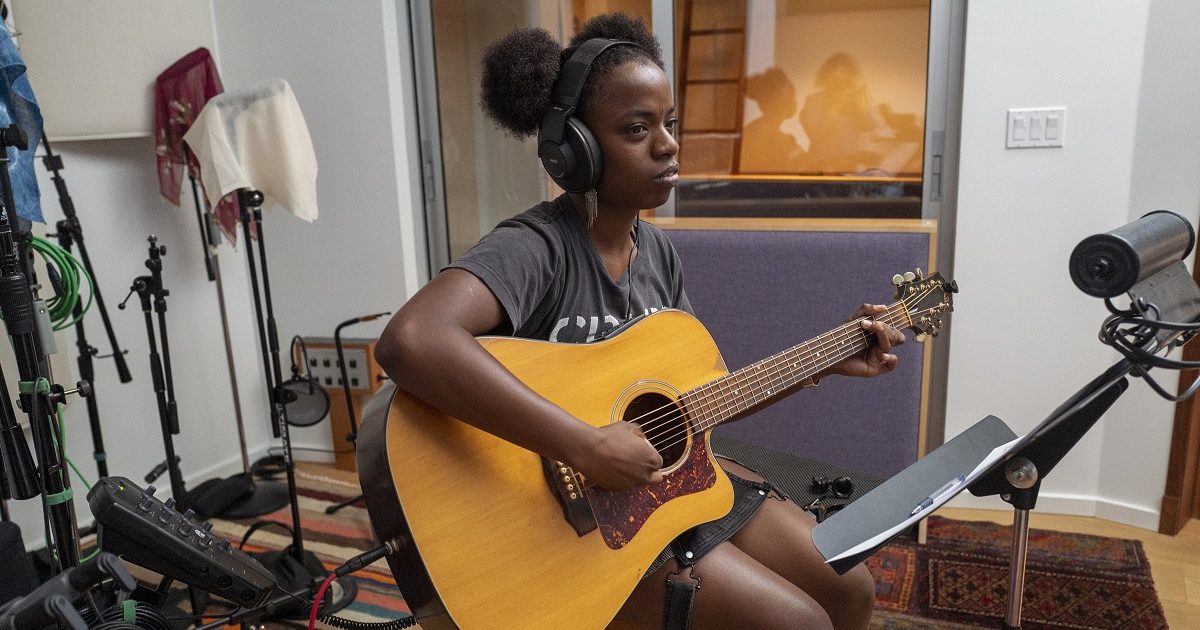 That’s a tough question for me… I would have to say I was probably most moved by Elizabeth “Libba” Cotten. I really started getting into old blues when I was 13, and that’s when I first discovered Elizabeth Cotten. When I learned that she was around my age when she wrote songs like “Freight Train” I was very inspired. Just a couple years after learning to play “Freight Train” I actually started hopping freight trains! So the song has become even more meaningful to me over the years as well as her extremely unique guitar style.

My favorite memory from being on stage was when Aroyn (my bassist) and I played with a new drummer at Live Oak Music Festival in San Luis Obispo. We only managed to get one rehearsal in and the whole performance was a bit of a gamble. The drummer was a friend of mine who we asked to play just a few days before the gig. With such short notice we had to totally wing it and ended up playing the most aggressive version of my songs… ever! But the crowd loved it and we had a great time. On stage it felt like a disaster, but afterwards the audience let us know they really enjoyed how chaotic it was.

I have wanted to be a musician for as long as I can remember. However, I didn’t realize I wanted to pursue music professionally until I was about 23 years old. I had four roommates at the time, a full-time minimum wage job at a mall and no college education. I was so busy working at the mall I had no time for music. I knew that the only way I could afford to be a musician was to either get a degree or figure out how to get paid to play music. I busked on the streets for many years, but slowly broke into the club scene and started touring.

Before a show my biggest ritual is running through my entire set a couple times. I don’t rehearse vocals but I always rehearse my guitar parts. My guitar style is so silly that I struggle a lot with remembering how I originally played certain songs.

I would pair Nina Simone with black eyed peas, rice and cornbread. Cos that meal is church and so is Nina. Southern Blacks have been eating that meal religiously to welcome the new year since long before my grandma made it for me and my cousins, and Nina has a way of giving me a “fresh start” with every listen.