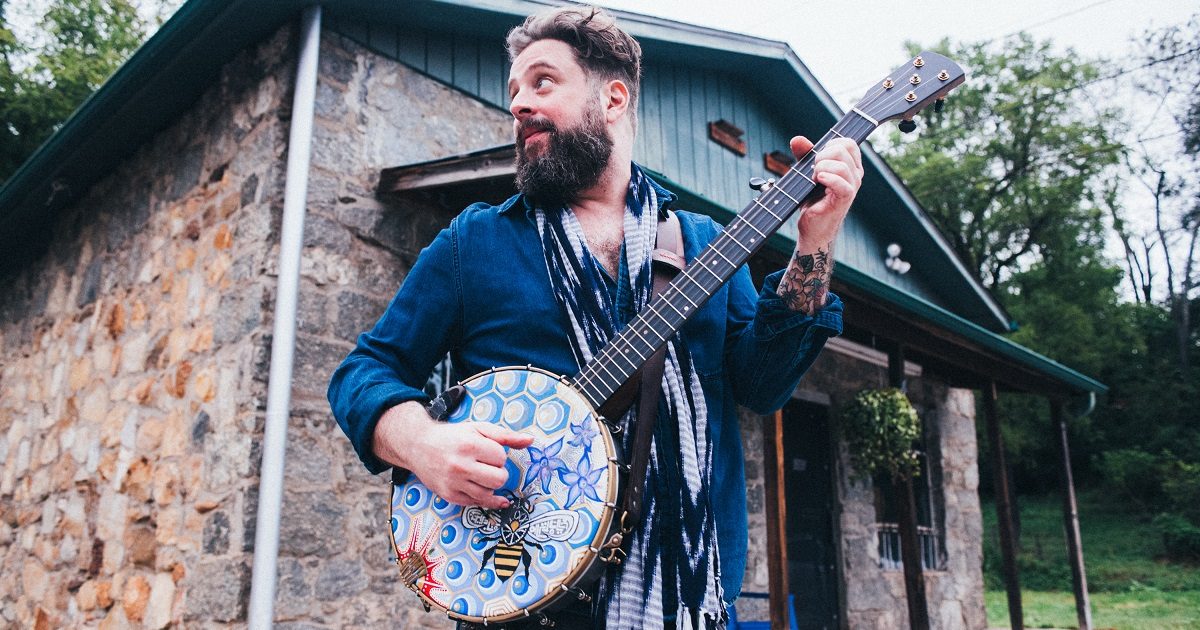 In sixth grade band our music teacher Mr. Hangley, who was the sweetest, most enthusiastic, rosy-cheeked band leader, switched me from alto to baritone saxophone. One day we were playing one of his favorite John Philip Sousa marches, and at the very end, I improvised a little bass riff and everyone including Mr. Hangley turned around in surprise. Something immediately clicked in my brain and I was totally hooked. Thank you public school music teachers everywhere.

The song “A Wave of Golden Things,” which ended up being the title track, is the oldest song on my new record. It was written on an out-of-tune piano in my Harlem apartment back in 2012 on the afternoon of the Sandy Hook school shooting. I was so overcome with profound sadness, the song just came pouring out of me. I made a quick recording of it on my old tape machine and couldn’t bring myself to listen to it for a long time. I was scared of it for some reason. After all the years, and so many school shootings later, I felt it was time to let it go, and it became the underlying spiritual theme for this album.

Growing up in the suburbs of NYC, I always dreamed of living in “the city,” with all its excitement and electric energy. Moving there in my early twenties was the best decision I could have made. It’s impossible to not be inspired there, with its never-ending parade of random insanity and so much high-level art and music. I was involved in so many different projects during the fifteen years I lived there, and really got to understand what moved me, and what didn’t. New York City shaped who I am today artistically.

Still, while living there, I began fantasizing about nature and a quieter life, and after some extended retreats in the South, I landed in the Blue Ridge Mountains of Asheville, North Carolina. It’s an incredible place, steeped in banjo music and history and I’m really just getting my feet wet in the scene. I love being only an hour away from the towns where Earl Scruggs and Doc Watson came up. I have found myself unplugging my banjo more (haha, I know weird) and spending more time working it out on the porch. Living in the mountains has definitely had a positive effect on my psyche and the music of A Wave of Golden Things.

I have spent so many of the best nights of my life on stage, it’s pretty impossible to have a favorite. One particular night does comes to mind. I was touring solo through Europe, just me, a manual VW hatchback, and an intermittent GPS. I was scheduled to play an early evening set at a music festival in Austria and had a seven-hour drive, which magically turned into ten hours. I arrived minutes before my show, set up on this beautiful lakeside stage and started to play.

Three songs in, the sky opened up and sheets of rain sent the entire audience running for shelter, with many ending up on stage under the tent huddled around me. The wind knocked out the stage lighting and I finished out my set in the dark, lit up only by the LEDs in my banjo. The people were soaked, dancing and having so much fun. Such a magic moment for me. Afterwards, I smoked a j with Nada Surf. Pretty damn good time.

I have been obsessed with books, art, and music for my entire life. Everything else has pretty much been secondary. In recent years, I’ve discovered graphic novels and I’ve been blazing through everything by Neil Gaiman, especially the infinitely brilliant Sandman series, and also the work of super genius wizard Alan Moore. I am in total awe of the worlds they create and the stories they bring to life within those worlds. I so want to write music that does that.

I am also very deep into spiritual thinkers, people like Alan Watts, Terence McKenna, and the recently-passed Ram Dass. I have spent countless hours of my life listening to, or reading, their teachings and can’t help but assume they have informed my writing and worldview.