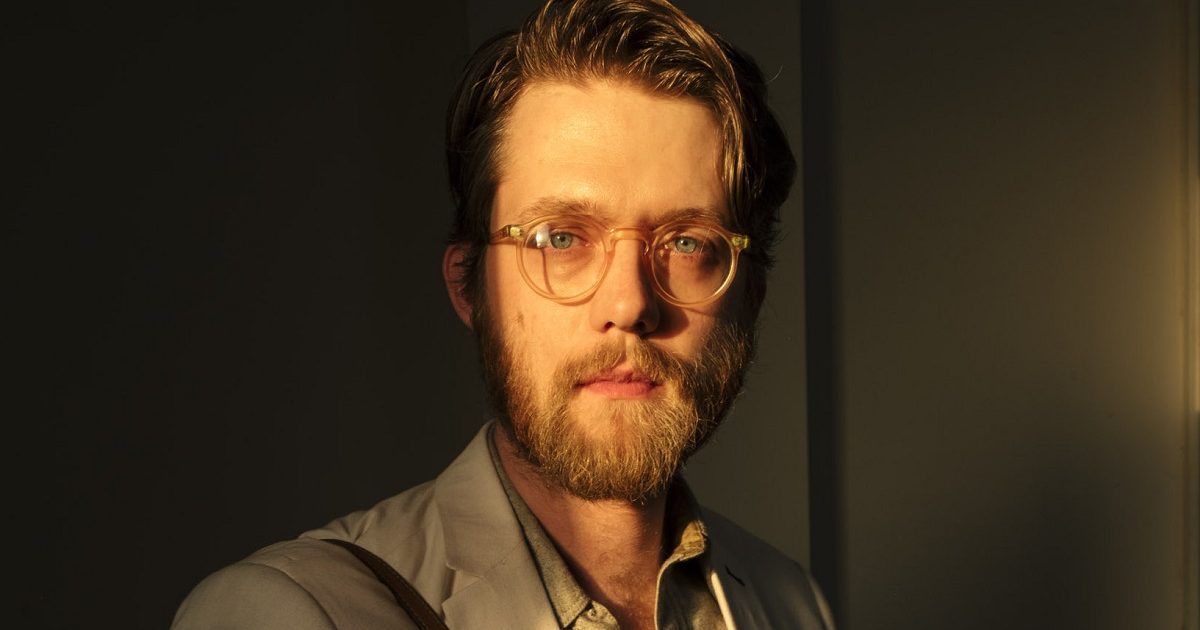 Paintings, drawings, movies, dancing … all of those things give me feelings that I want to express through music, and that’s a big part of what inspires me, to see if that’s possible. For a little while I was obsessed with the idea of trying to write songs the way David Lynch directs movies. That idea floated around in my head for a couple years and then I realized David Lynch sort of directs movies in a way that is kind of like songwriting — you don’t always understand the literal connection between all the elements but they give you a really emotionally affecting end result that feels personal.

I’ve been into visual art a lot longer than I’ve been into music — as a kid I used to draw constantly no matter what else was going on. I discovered music in my teens and the drawing took a backseat for a while. Then, a few years ago, after my old band Fish & Bird stopped being on the road all the time, I moved to New York and stayed still for a while. I took a few years off of touring and releasing music, and in that time I got back into making visual art in a big way and it was such a huge relief. Right now those two halves of me feel pretty balanced. Music and visual art work well for me because if I’m stuck in a rut with one of them, I can usually turn to the other for relief, and actually I sometimes use one medium to directly process my frustration with the other. And then the cycle continues!

I’m fluid with this… some of my songs are very biographical in that they accurately express my actual feelings toward one specific other person, and only use details that are from my life. Then there are others where the characters in the song are amalgamations of different people, or exaggerations, or sung by a healthier version of me, or by a stupider version of me. Different stories call for different angles.

Sometimes if somebody has told me about something hard that is going on between them and another person, I’ll find myself walking away from that conversation chewing on the situation in my mind. Some stories, after you hear them, just seem to roll around in your brain, and you can’t help but imagine yourself in the shoes of the people involved. So, let’s say somebody has told me about a new relationship they are in, where they really like the person but they’re not feeling connected to them and they can’t figure out why. I might subconsciously imagine that I am them or that I’m the other person, and I’ll wonder how that would make me feel.

Of course, to imagine how you would feel in somebody else’s shoes you have to draw on your own experience, so I have a number of these songs where the “I” or the “you” character is sort of a combination of myself and somebody else I know or that I’ve read about. In “Anyway” for example, I think I’m the “I”, the “You”, AND the implied third person, at different times. And certain lines really make me think of specific people when I sing them, but it might just be that one line in a song and then I’m me again for the rest of the song.

But I don’t know if it’s “hiding” exactly because distancing yourself slightly the “I” you’re singing from can let you be more fearless in exploring vulnerable spaces that might feel off-limits if you thought people were going to assume you were always singing about yourself. OK, maybe it is hiding.

Usually the hardest songs to write are the ones I don’t end up liking very much. For me, writing songs needs to be basically enjoyable. If it’s not, I’m afraid my resentment toward the process will come out in the finished product and infect all who hear it. I have songs that I’ve labored over for months, joylessly chasing some idea I felt like it was important to express, and then once I finally put the finishing touches on it I felt completely unmoved to share it with anybody.

So, if the writing is “tough,” I try to just set it down, especially if it’s something I really like. “If You Can Hear Me” was one that was like that … I came up with the seed and got really excited about it, but then I just couldn’t finish it. I tried to fit so many things into the empty space and everything just made it worse. In that case I just had to stop fussing and trust that I just wasn’t ready to write the rest of that song yet. Sure enough, months later in the shower, I thought I was having a completely new song idea, until I realised it was the other half of “If You Can Hear Me.” I really wanted to finish that song, but I kind of had to trick myself into stopping wanting it so bad in order for it to happen.

I would love to go to the Mermaid Café and have 1971 Joni Mitchell buy me a bottle of wine … y’know, laugh and toast to nothing, and smash our empty glasses down. (Does wine count as food?)

Music20 hours ago
LISTEN: Darren Nicholson, "Arkansas Without You"

Music20 hours ago
LISTEN: Lynne Hanson, "Light In Me"