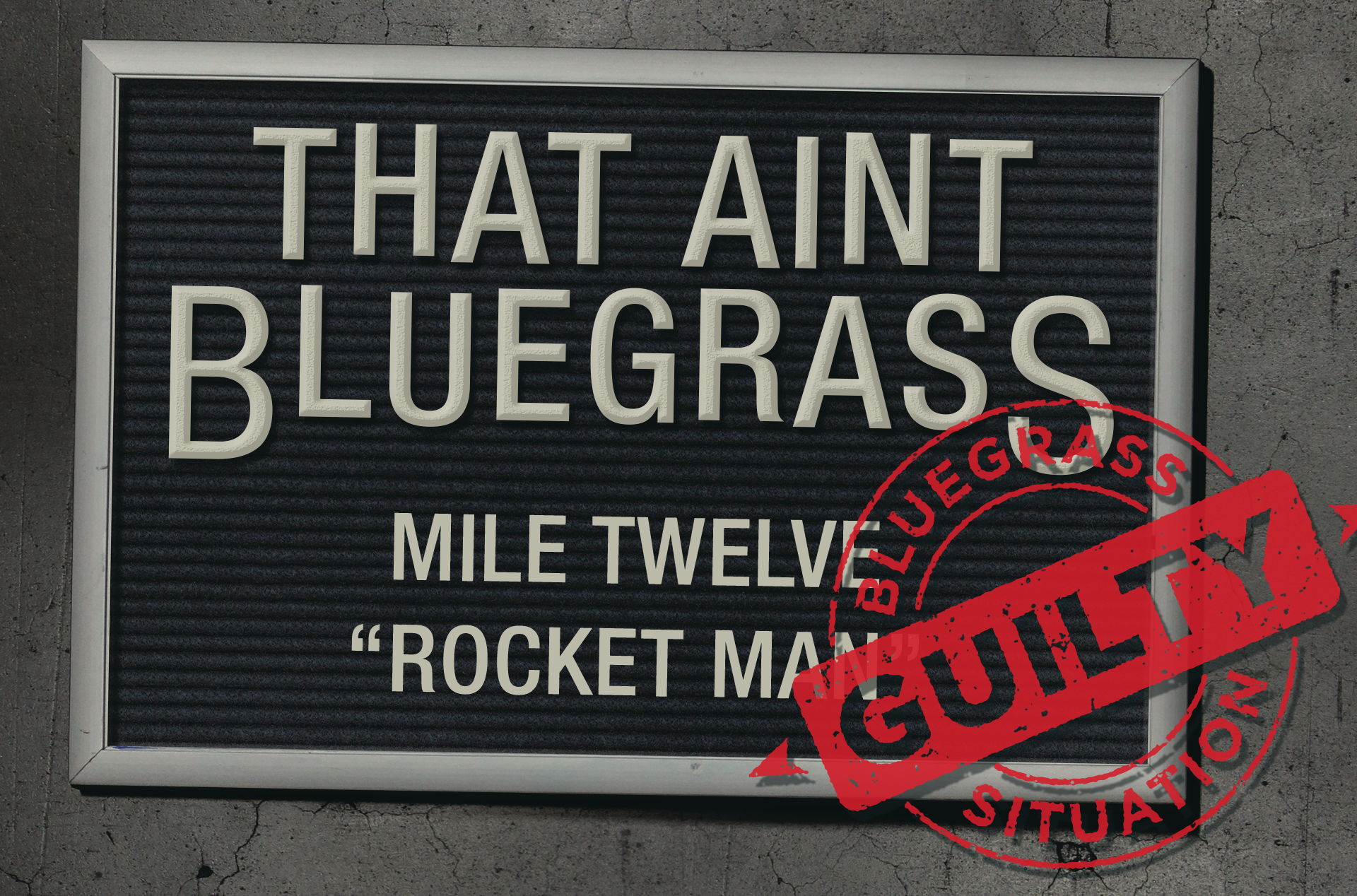 How did you guys decide to work up this song?

Evan Murphy: It was actually Nate [Sabat’s] idea, which is funny, because I don’t think he remembers that, so I should just take credit for it. [Laughs] We had been talking a lot about wanting to do a pop cover, at some point, just because so many bluegrass bands that we like have done that. We were looking for something that had an interesting arrangement to it, something that had parts that could be mimicked by acoustic instruments. Nate suggested “Rocket Man” one time while we were in the car and, while we were all listening to it, we realized that it had these different memorable motifs that happened throughout it and we though it could be really cool.

I remember it was last August when we were easing David [Benedict] into the group, he was flying up from Nashville to hang out, do some rehearsing, and see if it was a good fit, and we felt bad, because everything that we practiced with him would be a song that we wrote — so that would get tedious for him. We thought, to be fair to David, we should try to do something that none of us had done yet, something totally fresh, to see what it feels like. So we picked “Rocket Man.”

You mentioned other bluegrass bands covering pop songs — which is kind of a tradition in bluegrass. Why do you think that is?

A lot of musical genres do covers across genres, but bluegrass has such a specific aesthetic to it — in terms of what instruments are involved, what they sound like, and what their roles are. Bluegrass tends to be more codified than other genres. “Jazz” is such a big word, and “rock” is such a big word, so if you said that Queen did a rock ‘n’ roll cover of Elvis, that may not mean anything, because you’re using a big, catch-all genre like “rock.”

But to say that someone did a bluegrass cover of something tells you something really quickly. It tells you, most likely, what instruments were involved, that they don’t have a drummer, and that most of the instruments aren’t going to be plugged in. There’s just something inherent about the limitations of bluegrass as this acoustic form of music that doesn’t usually use percussion. So, if you say that someone covered a song from outside of the genre, instantly you have this feeling like, “Oh, I want to hear that. How did they do that?” I think that’s why it’s interesting to people.

Rather than changing the original to make it a bluegrass song, you arranged your version to basically mimic the original recording, but with a bluegrass band. How did you decide to arrange it this way?

That’s the question when a bluegrass band covers a pop song. Are you bluegrass-ifying it? Or are you trying to create a note-for-note recreation of it? There’s a band called Iron Horse that covered “Rocket Man,” and I was aware of their video of it for years — long before Nate suggested we cover it. I said to [Mile Twelve], “I’m happy to cover ‘Rocket Man.’ It would be a lot of fun to do at festivals and stuff like that, but just so you know, there’s this really popular video on YouTube of another bluegrass band doing ‘Rocket Man.’” I mean, it has like 1.3 million views on it. It’s a popular video.

The first question they asked was if they bluegrass-ified it or not. And they do. The band said, “Oh, then we’re good, because they do a bluegrass version of it and that’s not what we would do.” I was a little cautious, thinking, “Okay, we’re going to cover this song that’s already been popularly covered by another bluegrass band.” But for us, I think the point of doing pop music on bluegrass instruments is to not bluegrass-ify it.

There’s nothing wrong with doing that. We did an Alan Jackson song, “Ace of Hearts,” on our album, which we totally bluegrass-ified. With something like “Rocket Man,” it’s so well arranged; it has those spooky spaceship noises and the crashes in it. What’s so cool for people to listen to is to hear the things they recognize from the original arrangement. People will come up to us after they’ve heard the song and say very specific things like, “I loved when the fiddle did the spaceship noise.” People’s ears are catching these things that wouldn’t be there if you were to bluegrass-ify it.

[Laughs] Ain’t no part of nothin’? You know, I don’t think I’ve ever heard anyone say that to us. It may just be that we aren’t playing the most traditional festivals in the world. I definitely remember one time when we got an email back from a place that said we weren’t traditional enough for them. But we’ve mostly had the opposite experience.

We played at this place called Bill’s Pickin’ Parlor in South Carolina — this place is super old-school, pictures all over the wall of all these country and bluegrass stars. I was getting nervous, thinking we’re the dinky, Yankee band that’s playing polite, northern bluegrass for this audience. I remember specifically during “Rocket Man” thinking, “Oh, God.” I wasn’t getting a good read off of the audience. Then after, during the set break, a lot of people told us they loved our version of “Rocket Man.” Honestly, I feel like we mostly get the reaction of people being totally into it. It’s gotten to the point now where, if we come off stage and someone starts a sentence with “I loved …,” I’m 99 percent sure they’re going to fill it in with “your version of ‘Rocket Man.’” It’s a good problem to have, I guess. I think it’s the most popular thing we’ve done.