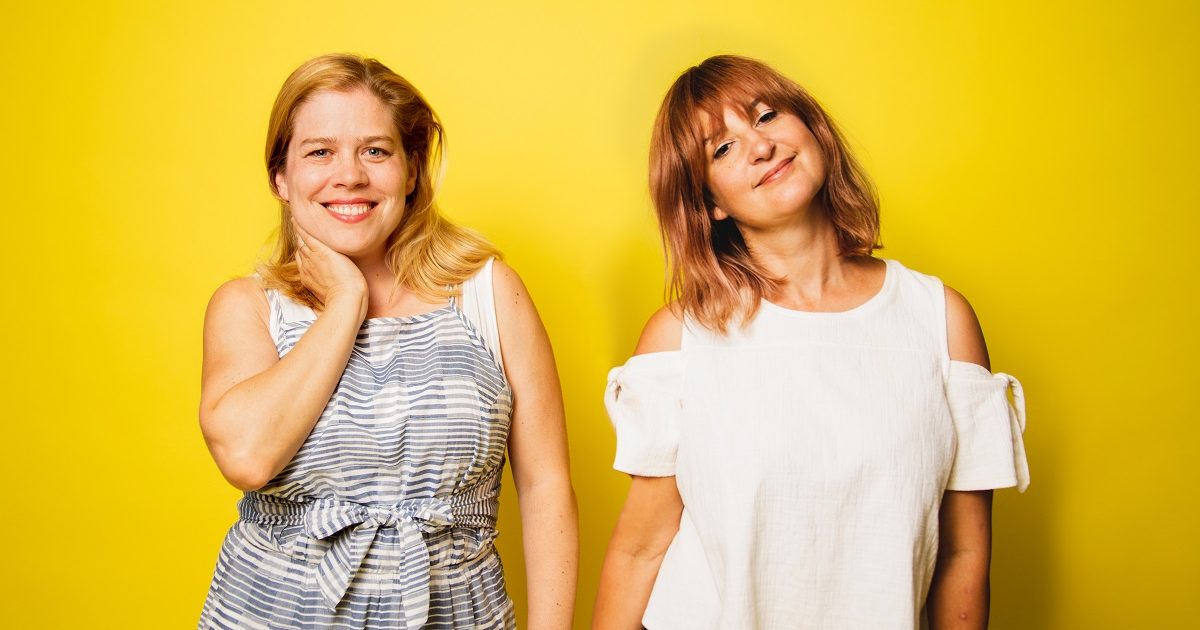 Artist: The Bright Siders (Kari Groff, MD, and Kristin Andreassen)
Hometown: Brooklyn & Nashville!
Latest album: A Mind of Your Own
Personal nicknames (or rejected band names): How about a rejected song title? “Everybody Goes to Therapy” We actually recorded a demo of that one… but we might have to save it for these kids when they grow up!

There’s one album that influenced both of us deeply as children. The record is Free to Be…You and Me created in 1972 by author and actor Marlo Thomas, Carole Hart of Sesame Street and Letty Cottin Pogrebin of Ms. magazine. Free to Be… was a collection of songs and skits about gender issues, performed by Thomas and a cast of the era’s most prolific stars. The messages were clear to us as children (Girls can be anything! Boys can play with dolls too! Parents are people! Good stuff like that…). But the reason we listened again and again was because the music just sounded amazing. When we started to work together on the project of making kids’ music with a mental health message, this album gave us a gold standard to work toward. So here we are as adults feeling grateful for this music once again. — Kristin

I don’t think I had a choice. I grew up in a very musical family. My parents were both music teachers as well as my grandfather. It was just a given that you would play music along with whatever else you decided to do. In my case, that was medicine and psychiatry. — Kari

Good question for a psychiatrist. Not that often. I usually try to own my own emotions! — Kari

My first true musical passion was actually traditional percussive dance, and I toured as a clogger before I started playing stringed instruments. Often, when I start working on a song, the melody and rhythm come most easily, and I always figured that was somehow related to the time I spent in the dance world. — Kristin

I tried to write a few songs in the early days of the pandemic but I couldn’t capture the intensity of the experience here in NYC so I chose to write a short children’s story instead (releasing soon!). — Kari