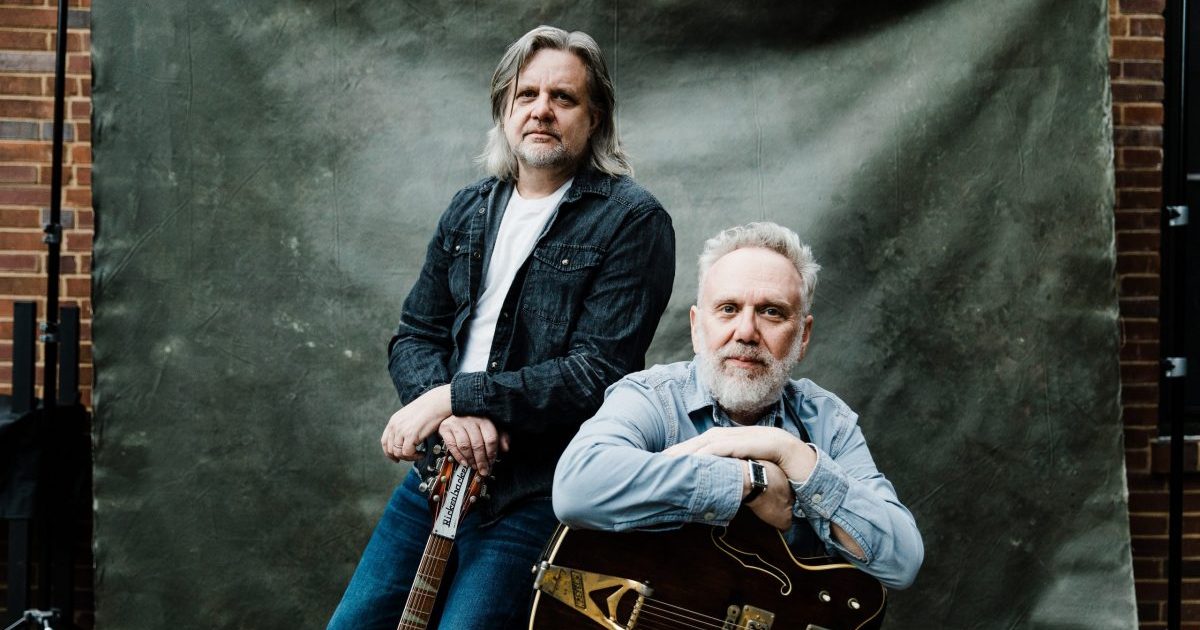 Artist: The Delevantes
Hometown: Rutherford, NJ… then Hoboken, NJ… and now Nashville
Latest Album: A Thousand Turns
Rejected band names: “The band was originally named Who’s Your Daddy. The name came from the Zombies song, ‘Time of the Season.’ The lyric reads: ‘What’s your name? Who’s your daddy?’ but very few people ever got it. In fact I think maybe one person did. And it eventually made a list of top ten bad band names. Eventually Mike and I decided to go with our last name. It was easy and simple (for us) to remember. But it’s hard to count how many times it was misspelled in ads or on marquees. One of our faves was ‘The Deldinkos’! Probably should’ve gone with that.” — Bob

I had played guitar since I was about 4 years old and I enjoyed it. Our family was very musical. But I don’t think I understood its full potential until I was a teenager and got together with friends and played as a group. Even just in casual circles. That’s when I saw what it can do and how it can bring people together. Our music began in friendships and it grew out from there. — Mike

In high school after lunch my friend Matt and I would pull out our acoustic guitars and play some songs in the auditorium. A little Simon & Garfunkel, Jackson Browne, or maybe something from Will the Circle Be Unbroken. As we played some of the football players’ girlfriends came over and sat down to listen. We realized guitars and harmonies, not helmets and shoulder pads, was the way to go for us. — Bob

There are so many, but I would probably choose Bob Dylan. Lyrics, folk music, rock ‘n’ roll — there are so many layers and I love that. And he just turned 80 and has released what I think as some of his best work! – Bob

Probably the Beatles. The combination of both amazing lyrics and some of the most incredible melodic lines. I don’t think anyone has come close. — Mike

Being asked the day of the show to back up Levon Helm at the Rock and Roll Hall of Fame show in Cleveland. Rehearsing for about an hour that day and performing “Rag Mama Rag” and “Atlantic City.” — Mike

There are quite a few but two really stick in my mind: The first, we were playing an outdoor festival in Holland and it started to rain. There was large crowd on the hillside. I think the attendance was around 10,000 people and when it started to drizzle all these different colored umbrellas opened up. It looked like a field blooming. The second is the first time we opened up for John Prine and he asked us to sing on the encore, “Paradise.” Won’t forget that one. — Bob

Sitting down for a dinner of baked ziti and a beer with Frank Sinatra at Ricco’s in Hoboken, NJ, around 1941, just as his career was taking off. — Bob

Hearing the E Street Band play on the boardwalk in Asbury Park with a slice of NJ pizza. — Mike

I’m a designer, photographer, and illustrator as well as a songwriter. All these different disciplines feed each other. They’re all ways of telling stories and I work in all of them. My favorites are probably looking at other artists’ photographs and watching films. They probably affect me the most and inspire my work. — Bob

Going to art school in NYC opened my eyes to how a particular time and place with different art forms can be combined to create a story. The act of creating art alongside other artists — and being fully immersed in galleries and seeing bands in clubs at a certain time — created a story in my head that I can still see. A film with a soundtrack. That time inspires me to find similar moments in how you can imagine a song or say a painting can take on meaning for other people. Part of it is freeing in a way… you don’t have to control every aspect because they will put their story into your art and make it their own. — Mike