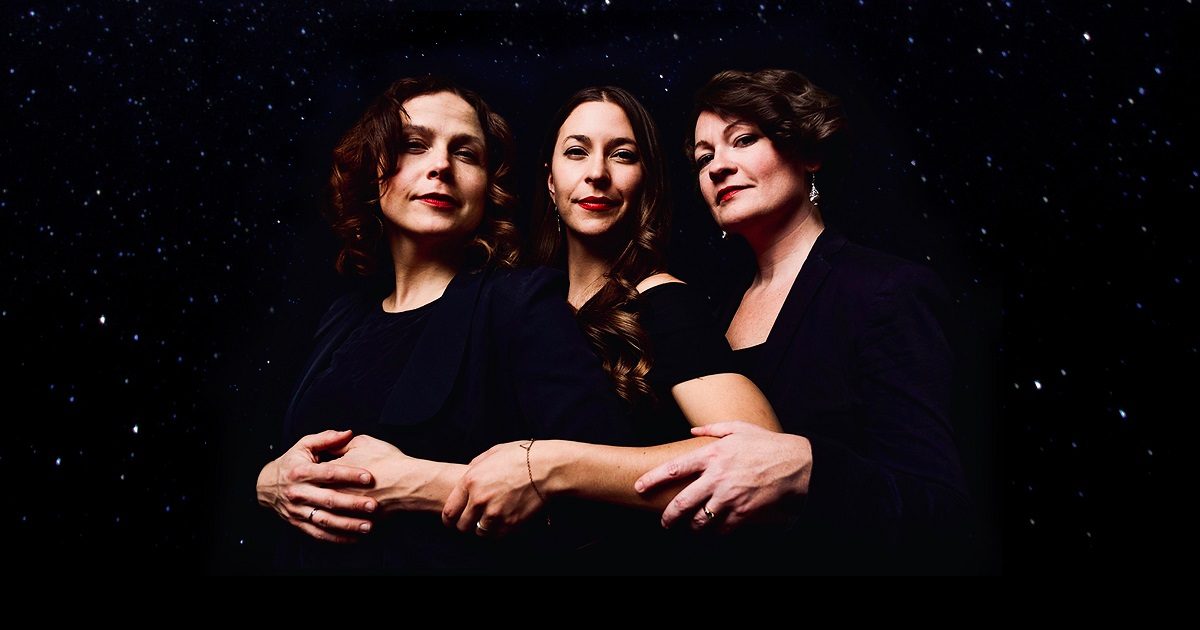 Rachael: That’s hard to say for a trio, but for me (Party RD) that’s the simplest question. My parents are musicians and no other artists could have possibly influenced me more. They taught me how to play instruments, and sing harmony, and write songs! They taught me how to set up equipment and make a budget and how to be gracious and approachable and original. They supported me in all my artistic endeavors and never gave a shadow of a doubt that I could succeed. I’m not sure there’s any other artist that could approach that degree of influence.

May: It’s really hard to say, it’s an evolution of things. One influence leading to the next one. I will say Joni Mitchell’s bravery in her vulnerable music and also in using her voice to speak for justice is something I continue to draw from.

May: I draw from everything I possibly can. I believe that the art of noticing is directly connected to the act of being present. I try to explore and notice the world around me and use it to fuel my songs. I like to paint, draw, sew, cook, garden, run, walk, bird, read, write poetry, talk about things deeply.

Lindsay: The Dance of the Dissident Daughter by Sue Monk Kidd was a book we were reading and referenced a lot while we were putting the album together. It’s a moving memoir of a woman’s journey to find the sacred feminine, and it spurred some exciting late-night conversations.

Rachael: When we write together for The Sweet Water Warblers, we always carve out a good amount of time, space and intention for being creative. I think the first time we did a co-writing session with the three of us, Lindsay had just moved to Nashville, where I had already been living for a few years, and May was still living in Northern Michigan. Lindsay and I met at her house and we FaceTimed May in Traverse City. The distance and delay made the process not as fluid as it could have been. That is to say, that it really wasn’t that difficult, but it was technically the toughest time we had writing. After that, though, we did resolve to all being in one place for that process in the future, which we have adhered to since.

Lindsay: There were a few ritual-like things we did while making the album that focused our intentions. At the beginning of each day in the studio, every person there brought in a mentor to the spiritual space of making music together. We went around and spoke their name and who they are to us into the studio mics. It didn’t take much time but hearing about all the people who’d brought us to that moment gave our task an even deeper sense of purpose. I loved hearing who was named and the way they were remembered.

We lit a candle to mark the beginning of tracking for each song. The flame seemed symbolic of the offering in each like a unique being we set out to shine a light on. We also started our first in person meeting with Dan Knobler by sharing 10 minutes of silence. Nothing like silence to frame the experience of making sound.

For live shows we come together and sing in a quiet private space before we take the stage. Allowing our souls to harmonize for the sake of sharing the vibration is a sweet reminder of why we’re there, and it gets us aligned and ready to connect with the audience as one.

May: There are so many, but I’ll get specific with this band in recent times. We finished a song at one of our shows this February and the emotional quality in the room was so thick, that nobody even clapped for a good 30 seconds. That was magic right there. I hope to always have new favorite memories on stage and with these ladies, that’ll be an easy dream to achieve.

Music9 hours ago
LISTEN: Rachel Baiman, "Self Made Man"