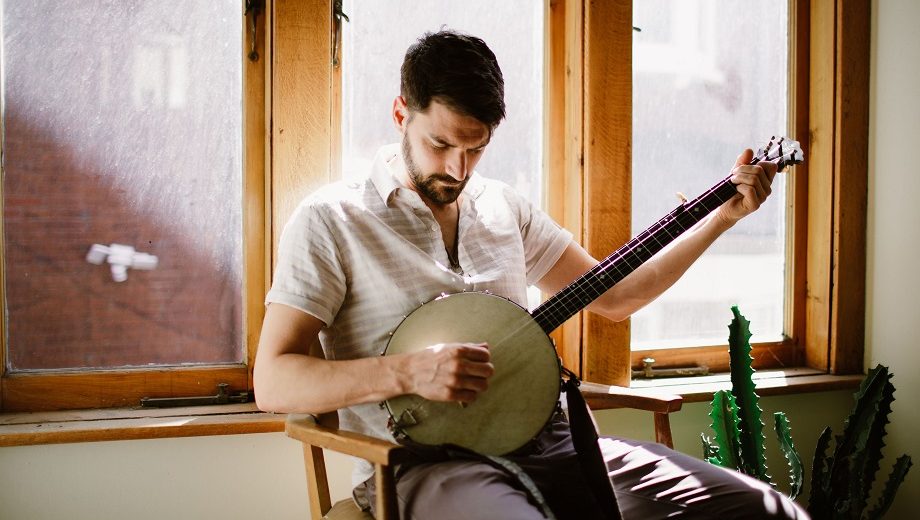 In late 2017 my former band Hey Rosetta played our final farewell shows before going on hiatus, and probably the final one had the most beauty packed into it I can remember being packed into any show before or since. We were a seven-piece sort of scrappy orchestral indie-rock band from St John’s, Newfoundland, that somehow managed to tour off the island and around the world and get awards and make records for 12 years and I have no idea how we did it but our hometown was very proud of us and good to us and the very final show was in the sold-out stadium there. It had so much emotion and love and nostalgia and significance around it that I don’t think my feet touched the ground the whole time, even though I had bronchitis and strep throat or some god-awful combination of classic touring lead-singer afflictions. I sang and played everything powered by 12 years of support and love and it is the brightest and biggest and best memory I have a show.

As a Newfoundlander recently resettled in Toronto I spend a lot of time missing and dreaming of nature. And actually this impacts my work a lot. Several songs on this latest record are about moving from a place with easy, instant access to the ocean and the woods, to this grey and glass land of shadows and cars. About trying to get back home, whether literally, or to some forest from our collective past.

Well, as a man with a lot of dietary restrictions these days I may be more excited about the dream meal than the company, but I would love the most to sit down with Leonard Cohen himself and eat a grilled cheese sandwich, followed by some handmade raviolis, and then some Montreal smoked meat sandwiches, all there around the corner from where he lived and wrote for so long. And then maybe some coffee and cookies and a walk through the mountain after.

You are always doing this. Perhaps it’s a defense when your songs get too personal, or perhaps you don’t want to come off as a narcissist that alienates your audience, but yeah, you do this a lot. But actually it can be kind of nice when you listen to songs years later, when you’ve grown so far from that younger singer, and you feel that perhaps this kid is indeed talking to you, and sometimes even has something to say to you.