3×3: The Hot Sardines on Brown Butter, Cypress Hill, and an Obsession with Podcasts 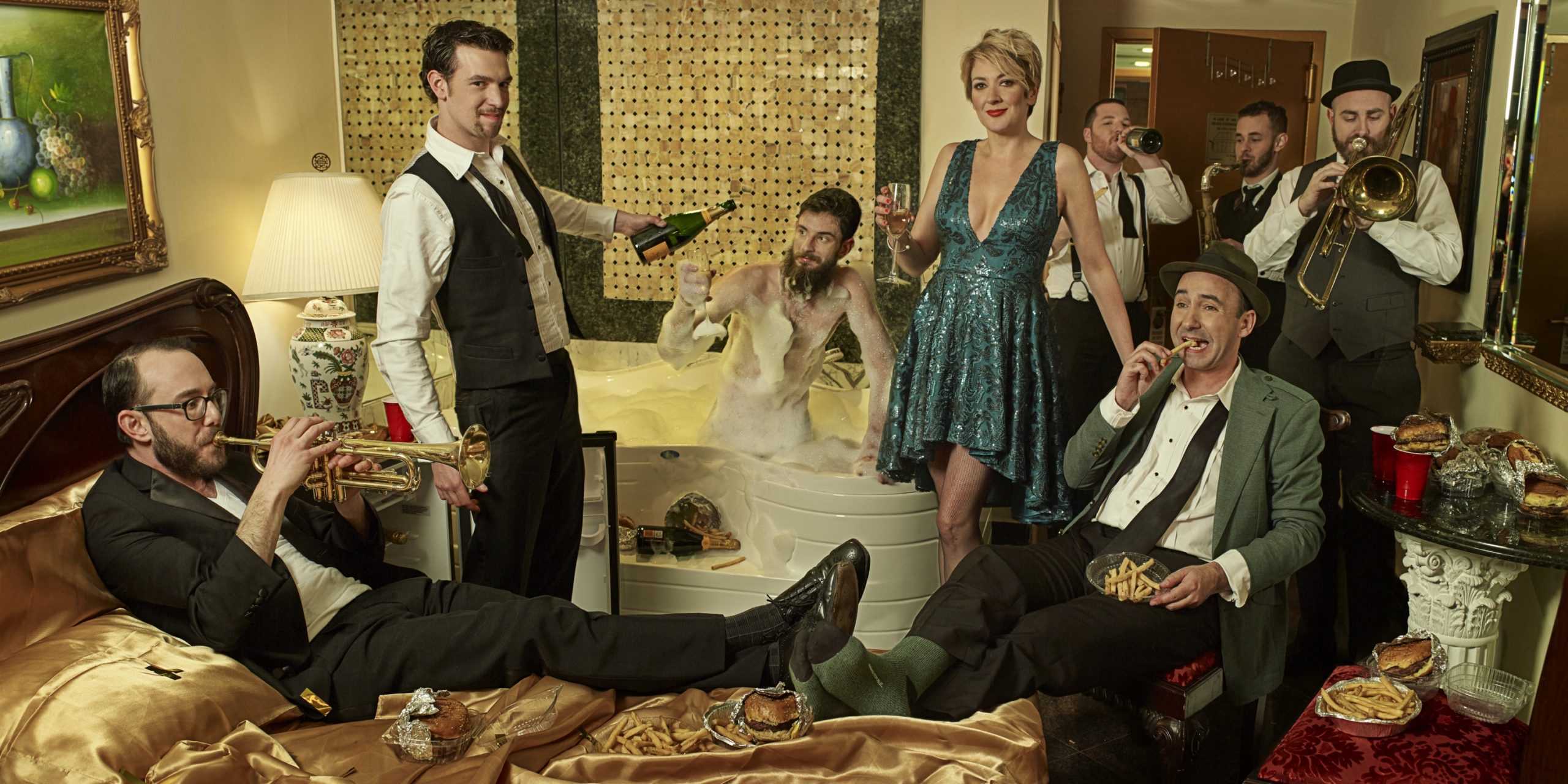 Artist: Miz Elizabeth (from the Hot Sardines)
Hometown: Born outside Paris, currently living in Brooklyn.
Latest Album: French Fries & Champagne
Rejected Band Names: One band name contender was Brown Butter. When we were just a two-person outfit, Evan (Palazzo, who started the band with me) and I came up with all these names that were food-related. Other than music, that's probably what the band talks about most.

Your house is burning down and you can grab only one thing — what would you save?
As many pieces of artwork by my mother as I could carry.

If you weren't a musician, what would you be?
A dialect coach. You know Lake Bell’s character in In a World who’s obsessed with accents and is always recording snippets of conversation? I'm that kind of dialect nerd. I'd be one of those people prepping Jennifer Lawrence to play, say, the king's mistress in some French period piece. Spend a day getting her to roll her Rs just right.

Who is the most surprising artist in current rotation in your iTunes/Spotify?
People tend to be surprised that I listen to anything past 1960. Maybe Cypress Hill?

Lately a few people have said, incredulously, "You're doing a show in Flint?!" Damn right we did. And it was amazing. Nearly 800 people came to #thewhiting last night and threw down like few crowds we've had. So happy we got to meet so many of you afterwards. So inspired by the wonderful people of #flintmichigan. #sardinesontheroad

What is the one thing you can’t survive without on tour?
Podcasts — I'm a little obsessed with Alec Baldwin's Here's the Thing podcast.

If you were a car, what car would you be?
A Citroën Deux Chevaux

Who is your favorite superhero?
Amy Schumer

LOVED hanging with these high schoolers today. Stopped by #GovernorsSchoolforTheArts where we talked about everything from Peggy Lee to writing songs to finding your voice. #NorfolkVA #hotsardines #artistsoftomorrow #sardinesontheroad

Vinyl or digital?
Digital for sheer portability (which is key on tour). I’m a digital woman with a turntable soul.

Dolly or Loretta?
Both, in two-part harmony.