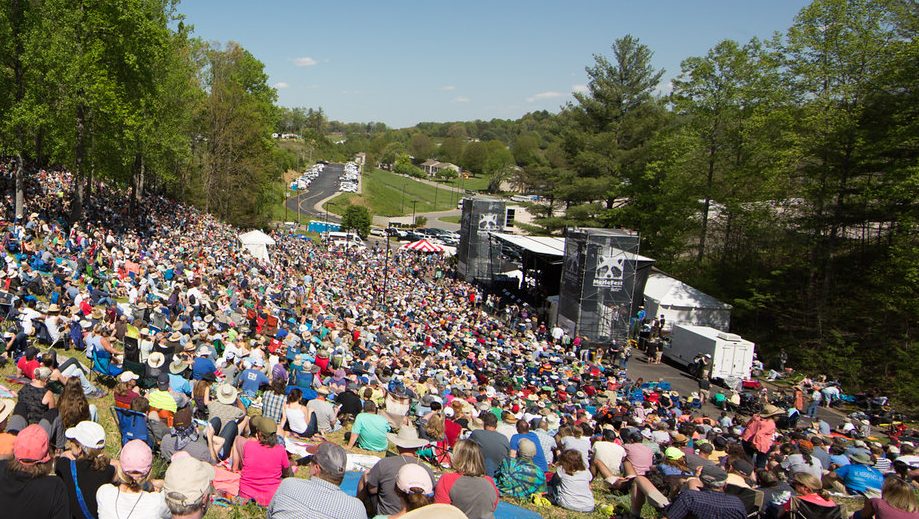 When it comes to roots music, the MerleFest 2019 lineup is tough to beat. From bluegrass heroes to country legends, along with a number of perennial favorites like the Avett Brothers, this year’s four-day event promises to be one for the record books. Where to begin? Check out the BGS daily preview below.

No one else on earth has a voice like Wynonna. Of course she got her start in the Judds, which brought an acoustic flavor back to mainstream country music in the 1980s. She’s also frequently cited Hazel Dickens and Alice Gerrard as among her earliest musical influences. You’ll surely hear the hits, yet a new record deal with Anti- means that more music is on the way.

Don’t miss: Junior Brown can wow a crowd with his “guit-steel” double neck guitar, not to mention wry tunes like “My Wife Thinks You’re Dead.” Dailey & Vincent know a thing or two about quick wit, with their fast-talking banter tying together a repertoire of bluegrass, country, and gospel. Accomplished songwriter Radney Foster issued a new album and a book – both titled For You to See the Stars – in 2017. North Carolina’s own bluegrass combo Chatham County Line kicks off the day, likely with a few familiar tunes from their new album, Sharing the Covers.

With the album Purgatory, Tyler Childers captivated fans who demand authenticity from their favorite artists. The acclaimed project falls in that sweet spot where Americana, bluegrass and country music all merge gracefully. Yet the sonic textures of “Universal Sound” show that he’s not stuck in the past. In a crowded field of newcomers, Childers’ distinctive singing voice and incisive writing set him apart.

Don’t miss: If you’re into guys who write quality songs, then you’re in luck. Leading up to Childers’ set, fans can dig into the likes of Amos Lee, The Milk Carton Kids, The Black Lillies, American Aquarium, and Steve Poltz. If bluegrass is more your style, check out Mile Twelve and Junior Sisk & Ramblers Choice in the early afternoon. Before that, make the most of your lunch break with country music from Michaela Anne and Elizabeth Cook. The Chris Austin Songwriting Competition is worth a stop, too.

Brandi Carlile catapulted into a new phase of her career by singing “The Joke” on the Grammys this year, not to mention winning three awards before the show. However, dedicated fans have followed her ascent since her auspicious 2005 debut album and its exceptional follow-up, The Story. She’s a master at engaging a crowd and a Saturday night headlining slot at MerleFest is yet another feather in her cap.

Don’t miss: Doc Watson himself would have approved of all the bluegrass artists on Saturday, such as Sam Bush Band, The Earls of Leicester, the Gibson Brothers, and Molly Tuttle. Keb’ Mo, Donna the Buffalo, and Webb Wilder converge upon Americana from different originas, yet they are united in their ability to electrify a crowd – even at a mostly acoustic festival. Folk fans should swing by The Brother Brothers, Carolina Blue, Driftwood, Ana Egge, Elephant Sessions, and The Waybacks. The Kruger Brothers always offer a pleasurable listening experience, too. Still not ready for the tent? Drop by the Late Night Jam, hosted by Chatham County Line and presented by yours truly, BGS. You won’t want to miss the set of special collaborations and true, on the spot, one of a kind jams with artists from all across the festival lineup.

The Avett Brothers elevate the MerleFest experience by bringing together a multitude of influences, from string bands to stadium rock. The charming track “Neopolitan Sky” dropped in February, employing a Tom Petty vibe and a surprisingly scaled-back production, as well as the sibling harmony that’s central to their sound. The North Carolina natives are proud fans of Doc Watson, so here’s hoping for “Shady Grove” to go along with fan faves like “Live and Die,” “Murder in the City,” and “I and Love and You.”

Don’t miss: The Del McCoury Band always brightens a Sunday afternoon with traditional bluegrass and any number of hollered requests. Steep Canyon Rangers will deliver a set inspired by the North Carolina songbook. After that, the ever-prolific Jim Lauderdale will take the stage with a set drawing from his country and bluegrass career. Early risers will be treated to morning music from Lindi Ortega, who hit a career high of creativity with her newest album, Liberty. Also of note: Jeff Little Trio, Andy May, Mark and Maggie O’Connor, Peter Rowan, Scythian, Larry Stephenson Band, Yarn, and all the good vibes that MerleFest has to offer.