Britons, rejoice. We know it’s not been an easy year for you, what with Brexit, and Prince Harry being taken off the marriage market. But we have good news. The first-ever BGS event hits the UK this summer, and it’s going to be, as they say over there, bloody brilliant.

BGS’s overseas debut follows the launch this week of the Long Road, a major new festival taking place September 7-9, 2018. A celebration of everything Americana, the Long Road is set to bring a slice of the South to the English countryside. For three days, the elegant grounds of Stanford Hall — a 17th-century stately home in Leicestershire — will rock out to the sounds of dozens of country and roots artists, including Lee Ann Womack, the Wood Brothers, Parker Millsap, and the Lone Bellow. And, when it’s not too busy, it’ll be doling out bourbon, moonshine, and Southern cooking, and inviting you to swim in its beautiful lake.

On Sunday, September 9, BGS will takeover the Long Road’s Honky Tonk stage to celebrate some of the fiercest females in modern roots music. The all-female line-up includes artists making waves on both sides of the Atlantic. From the U.S., we’ll be bringing you Ashley Campbell, Angeleena Presley, and Amythyst Kiah, while breakthrough British acts Danni Nicholls, Cardboard Fox, and the Worry Dolls will be flying the home flag. Look out, too, for Australian singer/songwriter Ruby Boots.

This is a thrilling — dare we say, pivotal — time for American music in the UK. The Long Road is one of three brand new festivals celebrating roots music to open this summer, including the Black Deer Festival, headlined by Jason Isbell and the 400 Unit. In August, Rhiannon Giddens will curate the Cambridge Folk Festival for the first time, and the Guardian recently reported that this year’s Country 2 Country festival, at the O2 arena, has enjoyed a four-fold increase since it began in 2013.

With so much good stuff happening just a plane ride away, BGS has exciting plans to bring you more great music both from and in the UK. Keep your eyes peeled for future announcements. 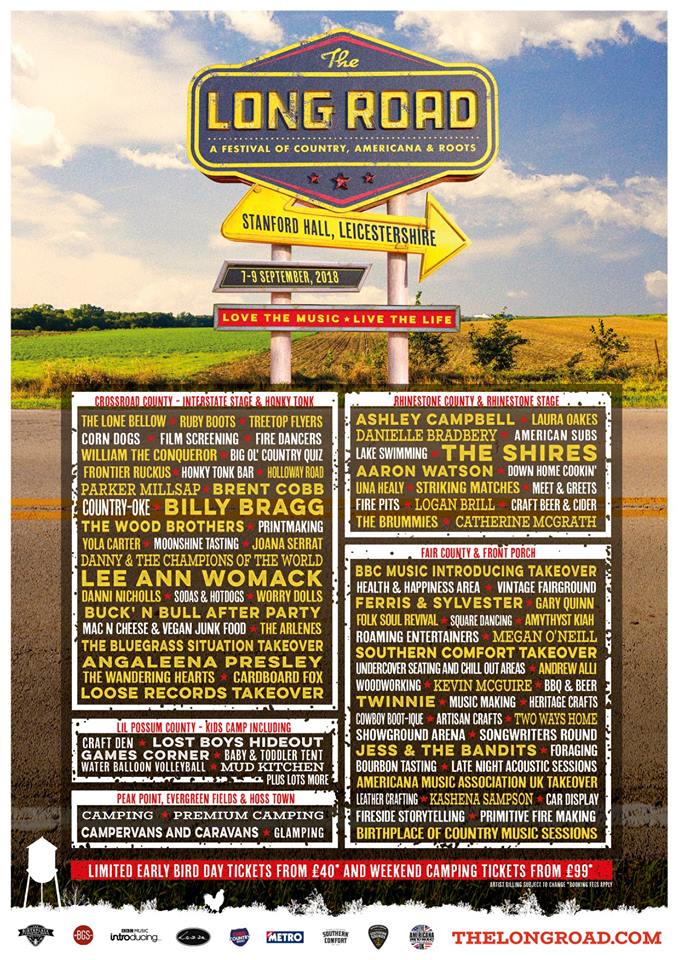